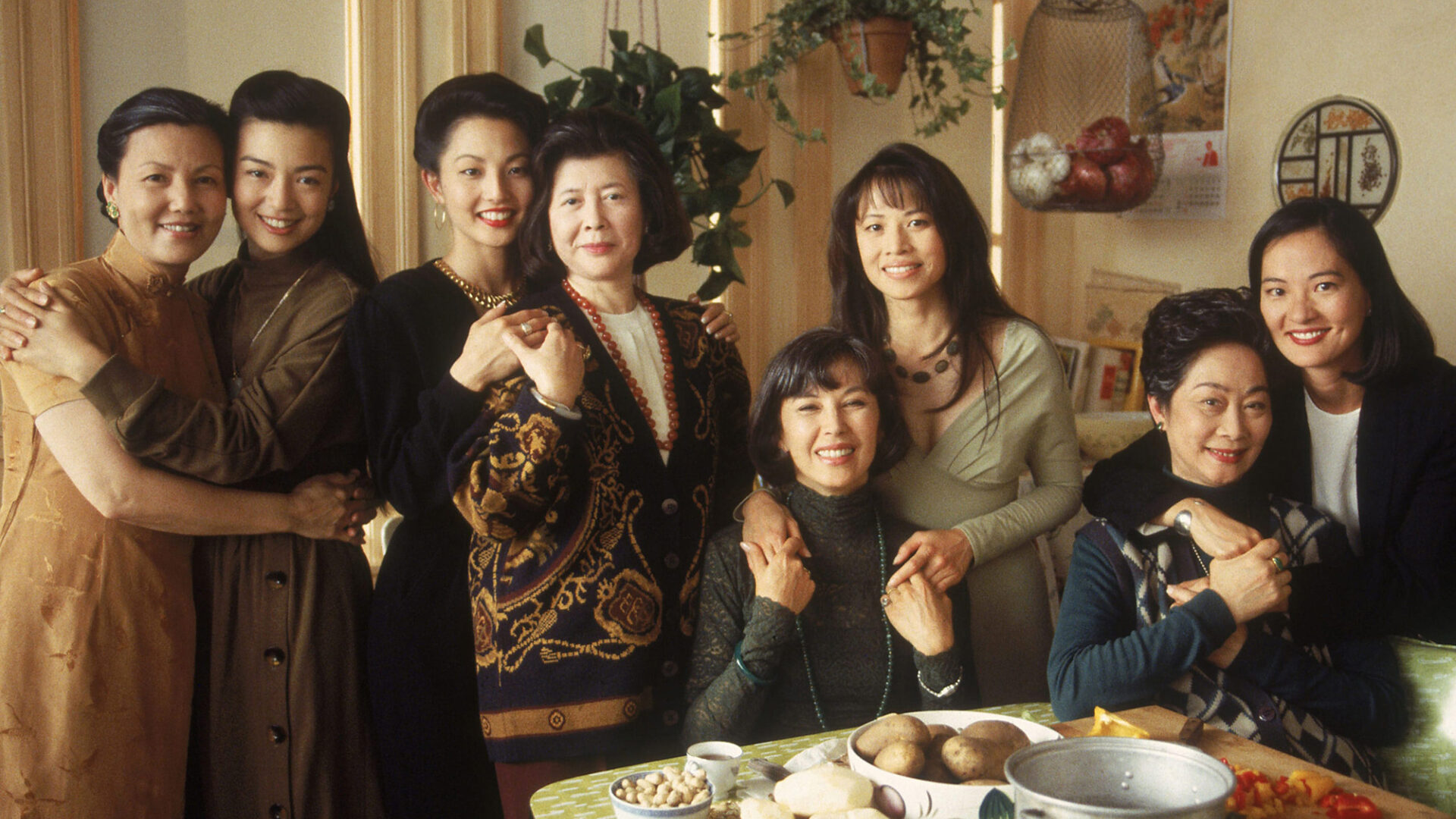 “A wonderful tearjerker … [Wang] seems to have fallen under the spell of Mizoguchi here, and this model serves him well … A highly emotional epic about what it means to be both Chinese and American.”

Wayne Wang’s moving adaptation of Amy Tan’s best-selling novel was a critically adored, ceiling-shattering triumph that should have ushered in a golden age of Asian American representation in Hollywood. Instead, the Disney-backed film serves as a cautionary tale, invoked when Asian-centring ensemble hits, like Crazy Rich Asians (2018) or Shang-Chi (2021), trigger optimism (and déjà vu) that a change in Hollywood is nigh. The Joy Luck Club, Wang’s first studio picture, tells the intersecting histories of four mahjong-playing Chinese immigrant women in San Francisco, whose adult daughters, born in America, fail to grasp the hardships their mothers endured and still carry the scars of. Woven around vividly rendered flashbacks to a pre-revolutionary China, this deeply felt, multigenerational melodrama is epic in scope, intimate in effect, and very, very emotional (read: bring heaps of Kleenex). In English, Mandarin, and Cantonese with English subtitles.

“The Joy Luck Club has remained all but unmatched in its resonance.”

“If The Joy Luck Club doesn’t make you cry, nothing will … A humane film, one that makes a point of being honest and compassionate about its characters and unashamed about their feelings.”

“A flowering of talent that has been waiting so long to be celebrated. It is also one of the most touching and moving of the year’s films.”