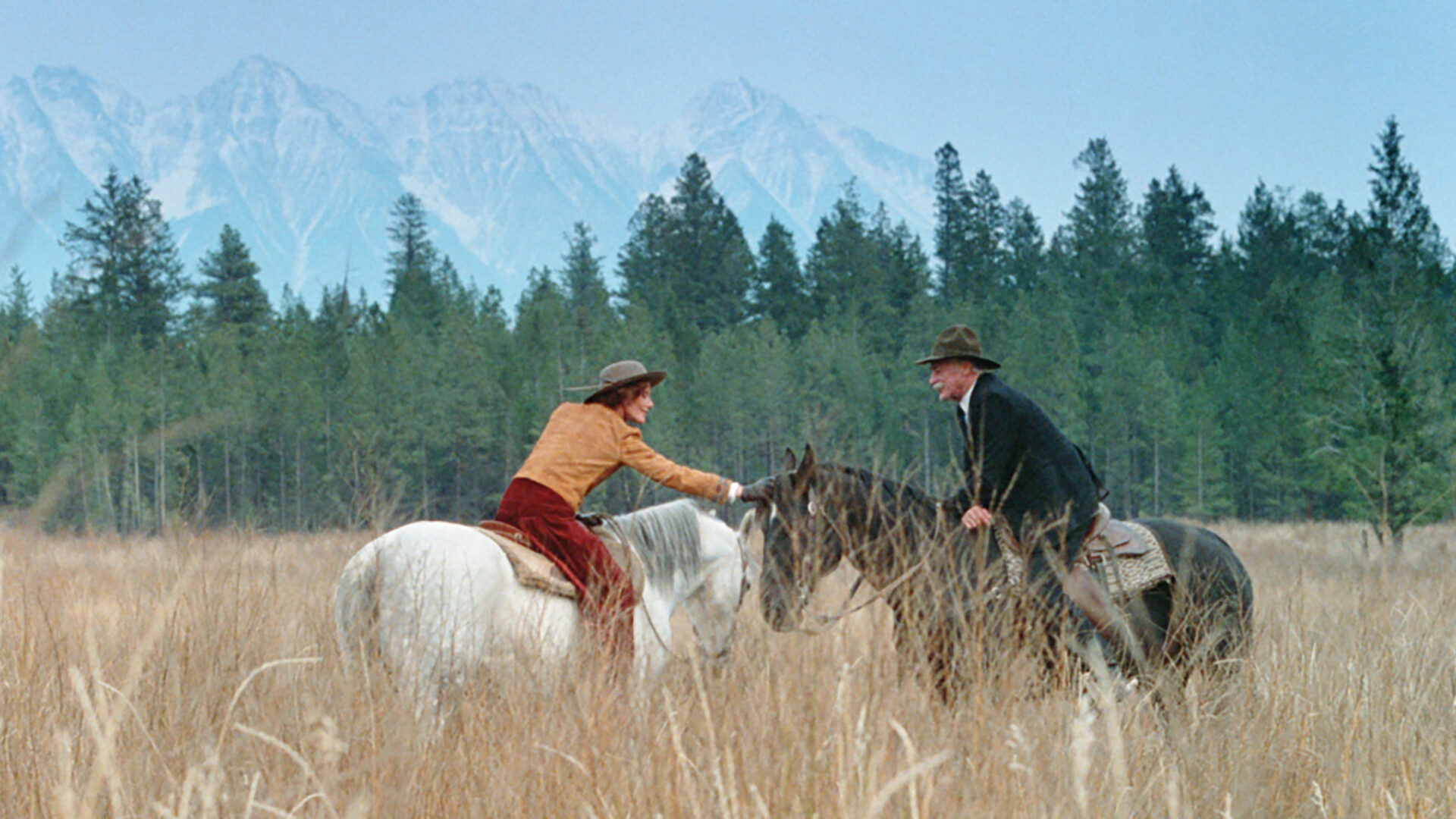 “One of the loveliest adventures of the year … I think [Richard Farnsworth] is incapable of a false or a dishonest moment.”

Gifted Vancouver filmmaker Phillip Borsos (1953−1995) made good on the promise of his award-winning shorts (including Cooperage, Spartree, and the Oscar-nominated Nails) with his remarkable first feature, one of Canadian cinema’s most revered works. Richard Farnsworth is gentleman bandit Bill Miner, an aging Old West stagecoach robber released into the 20th century after decades in prison. His introduction to modernity includes his first exposure to the movies: Edwin Porter’s 1903 classic The Great Train Robbery, which inspires old-fashioned Miner to attempt some new-fangled larceny. Jackie Burroughs co-stars as feminist and photographer Kate Flynn. Shot by Frank Tidy and written by John Hunter, Borsos’s beautiful movie offers a charming evocation of place and an elegiac, film-smart take on the Old West and Old Westerns. It won seven Genies, including Best Film, Director, and Original Screenplay, and solidified B.C.’s reputation as a film centre in Canada.

“This dignified, remarkable, and exquisitely crafted film, from the ​‘go-go’ heydays of the tax shelter era of Canadian cinema, stands today as a contemporary classic. The Grey Fox is marked by incandescent performances, majestic cinematography, and, with a true cinematic eye, pacing and intelligence by director Phillip Borsos.”
Harry Killas

Peter O’Brian is a Canadian film producer and the founder of Independent Pictures Inc. His production credits include The Grey Fox, My American Cousin, and Far from Home: The Adventures of Yellow Dog, all of which have screened in this series.