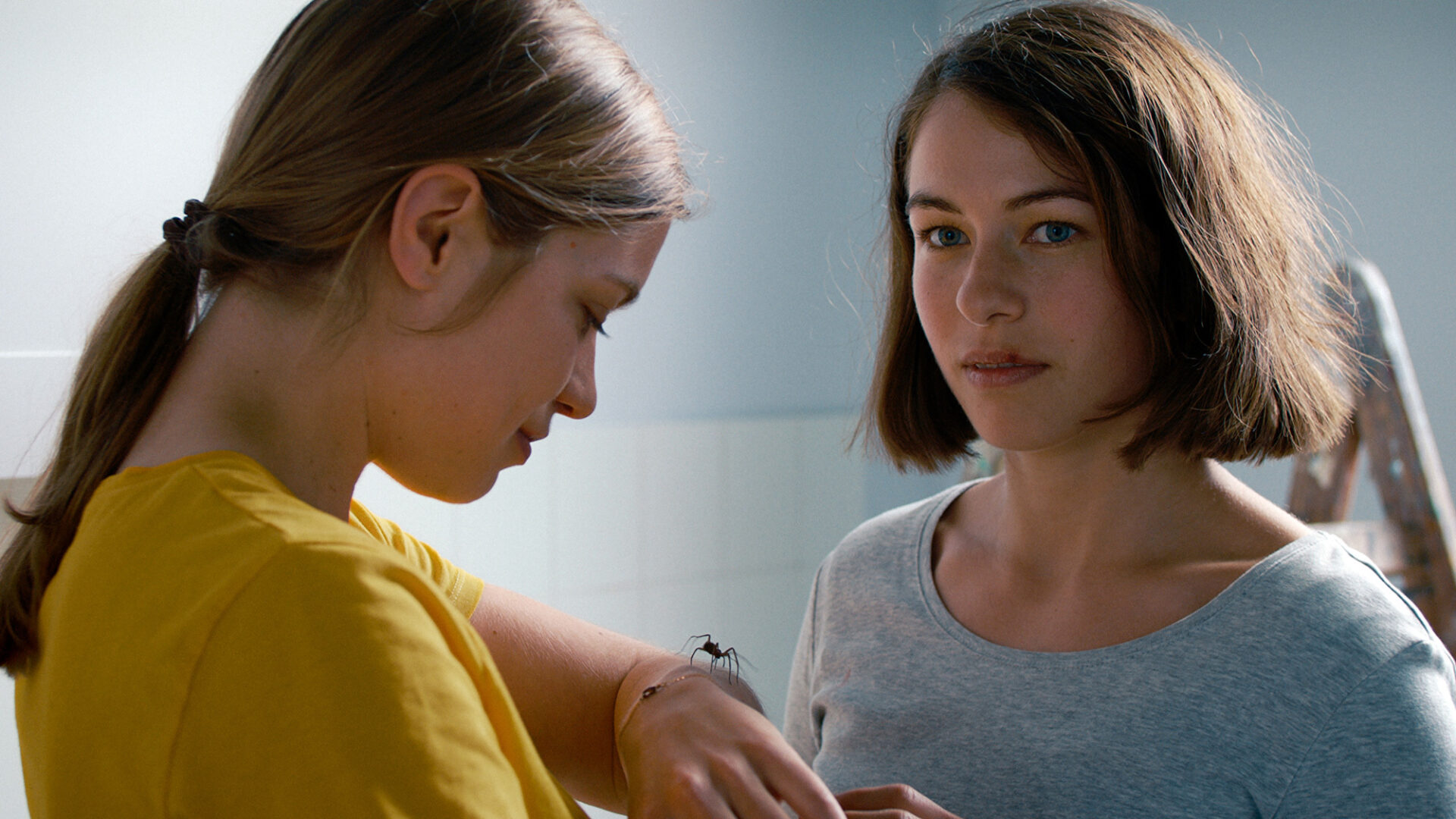 The eagerly awaited follow-up to The Strange Little Cat, fraternal Swiss filmmakers Ramon and Silvan Zürcher’s beguiling first feature, is every bit as odd, entrancing, and masterfully executed as their acclaimed debut. Premiered at the 2021 Berlinale, where it earned the brothers the Best Director prize in the festival’s Encounters section, The Girl and the Spider spins a droll, alluringly ambiguous tale set in the cramped quarters of a Berlin apartment. There, Lisa (Liliane Amuat) is packing up and parting ways with her maybe-more-than-platonic roommate (Henriette Confurius). Amid the hustle-bustle of the move, latent desires and thinly veiled jealousies emerge—as does a telling herpes blister—while Lisa’s mom and a revolving door of neighbours, movers, pets, and suitors cram in and cause drama. A meticulously choreographed tragicomedy that holds its secrets close, this enigmatic, offbeat wonder is the second installment (after Cat) in a planned trilogy on ​“human togetherness.”

“Deliciously ambiguous … [The] Zürchers’ movies are like prisms, capturing the things people do when they think no one’s watching … and when they desperately wish they were.”