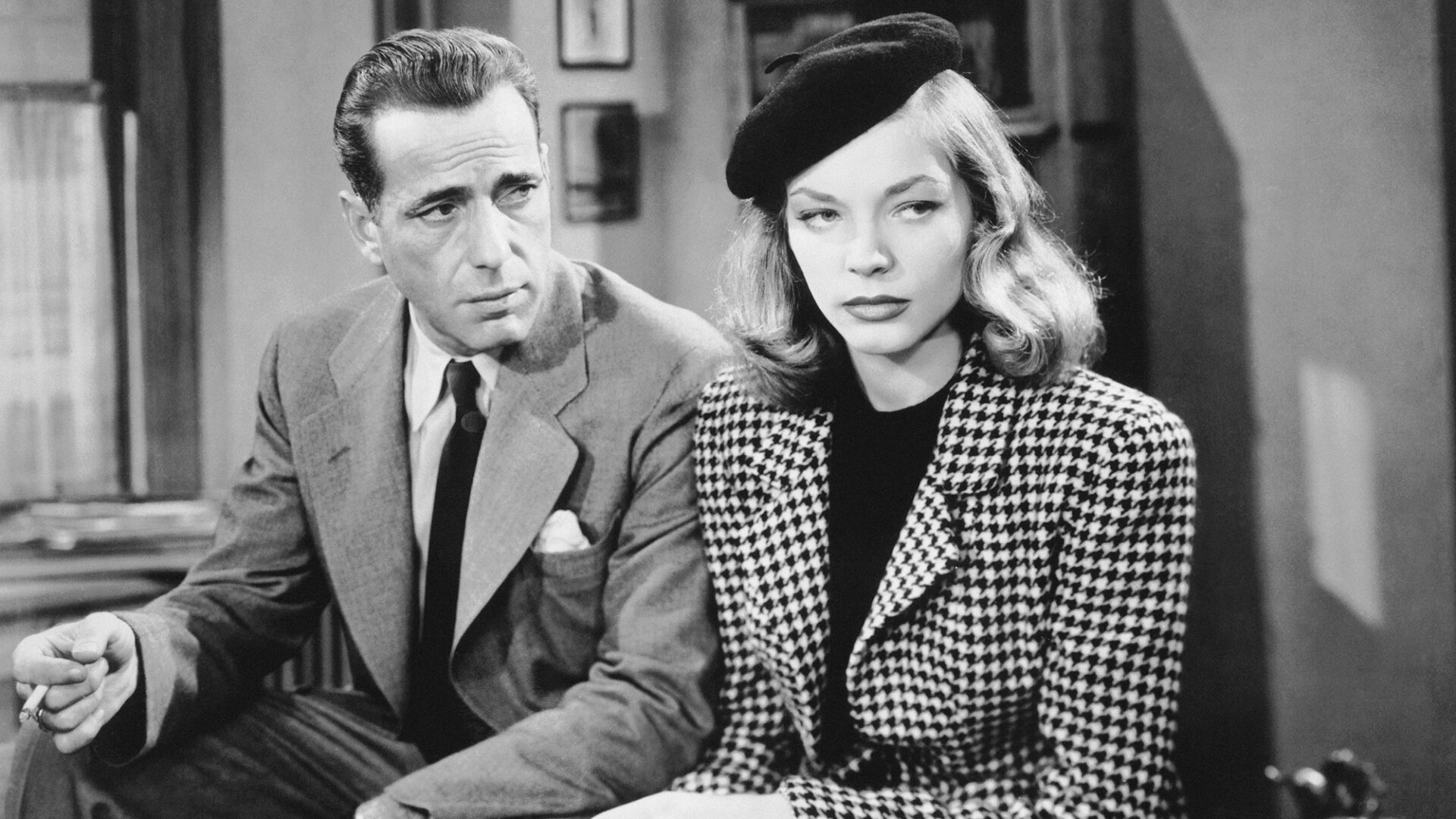 “The movie’s disturbing labyrinthine story of murder and betrayal now looks like a fable by David Lynch … No screen couple, before or since, had as much chemistry as Bogart and Bacall.”

Many of the best films noir were made-on-the-cheap B‑movies, but some favourites (Double Indemnity, for instance) were prestigious productions. The Big Sleep is big-budget noir with a big-time pedigree—a William Faulkner script, based on a Raymond Chandler novel, directed by Howard Hawks, with Bogart and Bacall in the leads. And, of course, a legendarily convoluted plot that even director, novelist, and screenwriter professed themselves unable to follow! Bogart is tough-talking private dick Philip Marlowe; Bacall is seductive socialite Vivian Sternwood, older sister of the mixed-up young woman Marlowe is hired to protect. The sexual attraction between Marlowe and Vivian sizzles; the cynical, slangy dialogue astounds. ​“The film catches the lurid Chandler atmosphere. The characters are a collection of sophisticated monsters … All of them talk in innuendoes, as if that were a new stylization of the American language” (Pauline Kael).

Pony up a paltry buck to see The Big Sleep on August 13, part of our month-long 50th anniversary celebration. Purchase your $1 ticket—the price of Cinematheque-going in 1972—online or at our box office. A select number of tickets will be available at the door on a first-come, first-served basis starting at 1:30 pm on Saturday, August 13.