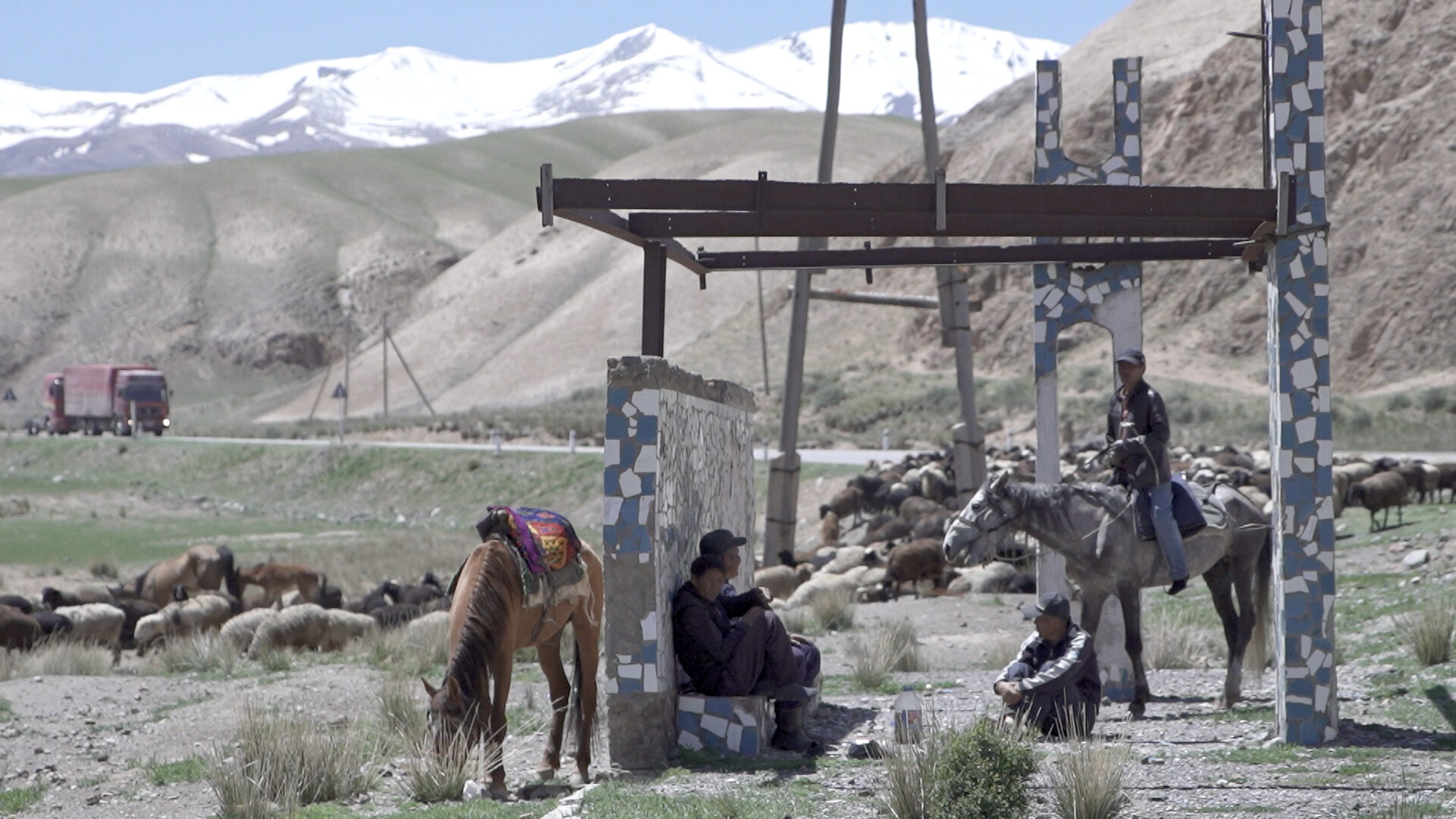 “There’s a bus stop I want to photograph.” This may sound like a parody of an esoteric festival film, but Canadian Christopher Herwig’s photography project is entirely in earnest, and likely you will be won over by his passion for this unusual subject within the first five minutes. Soviet architecture of the 1960s and 70s was by and large utilitarian, regimented, and mass-produced. Yet the bus stops Herwig discovers on his journeys criss-crossing the vast former Soviet Bloc are something else entirely: whimsical, eccentric, flamboyantly artistic, audacious, colourful. They speak of individualism and locality, concepts anathema to the Communist doctrine. Herwig wants to know how this came to pass and tracks down some of the original unsung designers, but above all he wants to capture these exceptional roadside way stations on film before they disappear.

This is a joyous film about the intersection of photography, creativity, politics, and history, and you won’t look at a bus stop the same way again.

In English, Ukrainian, Russian, Estonian, and Lithuanian with English subtitles