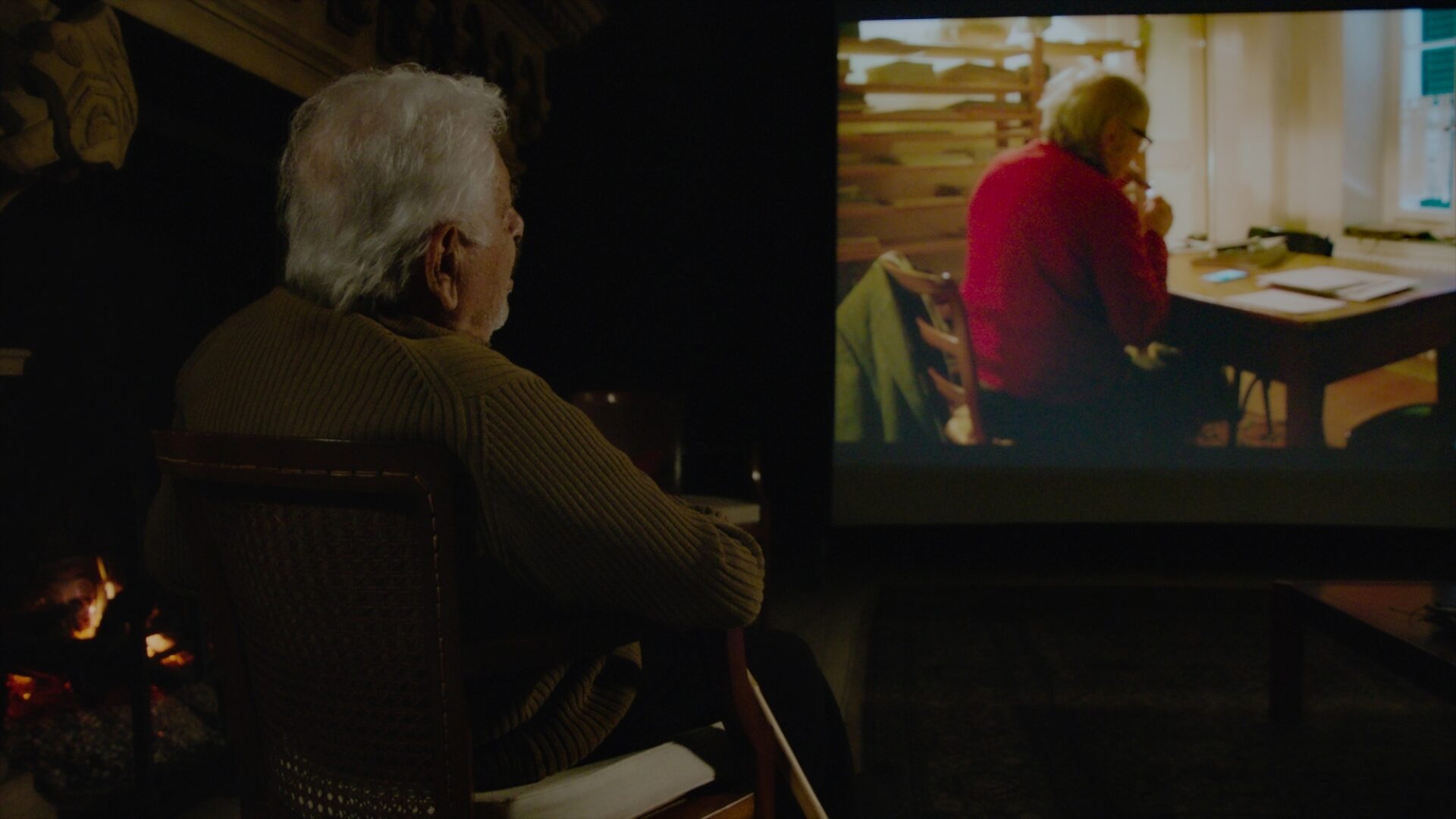 Mitra Farahani, an Iranian director educated in both Tehran and Paris, has a mission: to introduce Iranian filmmaker and author Ebrahim Golestan to pioneer of the French New Wave, Jean-Luc Godard. Rather than a chat over espresso, the two men write letters back and forth like philosophic pen pals, full of poetic contemplations, cryptic riddles, and mutual reverence. Golestan, well into his nineties, wanders around his living space and rambles on as if a child, fascinated by his surroundings and the great unknown. Godard, with whom Farahani has worked with in the past, looms over the scene as a shadow, unseen until he appears wearing a simple fedora and cardigan as if he were a regular old man who didn’t revolutionize an entire art form by the age of 30.

The pair relay their inner philosophies to an intrigued Farahani, who in turn offers such inquiries as, ​“What use is being a poet in a time of distress?” Determined to harness their creativity and live as they did in their youth, they too are motivated by curiosity but are routinely interrupted by the mundane: a ringing phone, a vacuum, a particularly loud sneeze, all indicating the challenge of living as an artist in the modern world.

In Farsi, English, French, Italian, and German with English subtitles