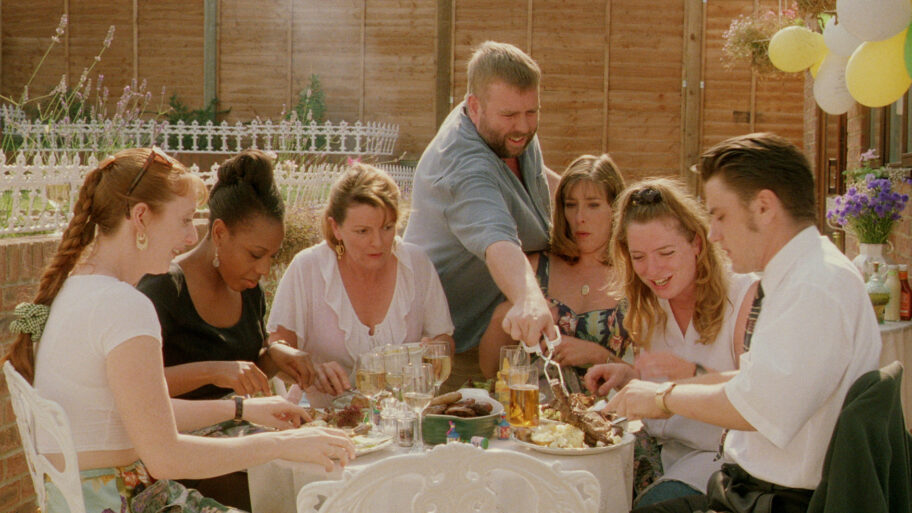 “Leigh’s mid-career masterpiece … A sharp tragicomedy … A film that’s as funny as it is fraught, eloquent but never overplayed.”

A moving, tragicomic dissection of family dysfunction and social class, Secrets & Lies won the Palme d’Or at Cannes, received five Oscar nominations, and may stand as a summa of Leigh’s cast-collaboration method. When Hortense (Marianne Jean-Baptiste), a young London optometrist, sets out to find the mother who gave her up for adoption, the search leads her to the unlikely personage of factory-worker Cynthia (Brenda Blethyn, winner of Best Actress at Cannes)—unlikely because Hortense is Black, Cynthia is White. When Cynthia, already a single mother to an unforgiving daughter and an upwardly mobile son, brings Hortense along to a family birthday party, the stage is set for a climactic series of confrontations and confessions that careen from high comedy to Bergmanesque psychodrama. Showcasing exceptional performances cultivated through Leigh’s lengthy, rigorous rehearsal process, and a touching generosity of spirit, this exquisite family saga earned a merited place in our best of the 1990s program.

“With each film, Leigh’s vision has become sharper, building to this highly original, resonant odyssey.”