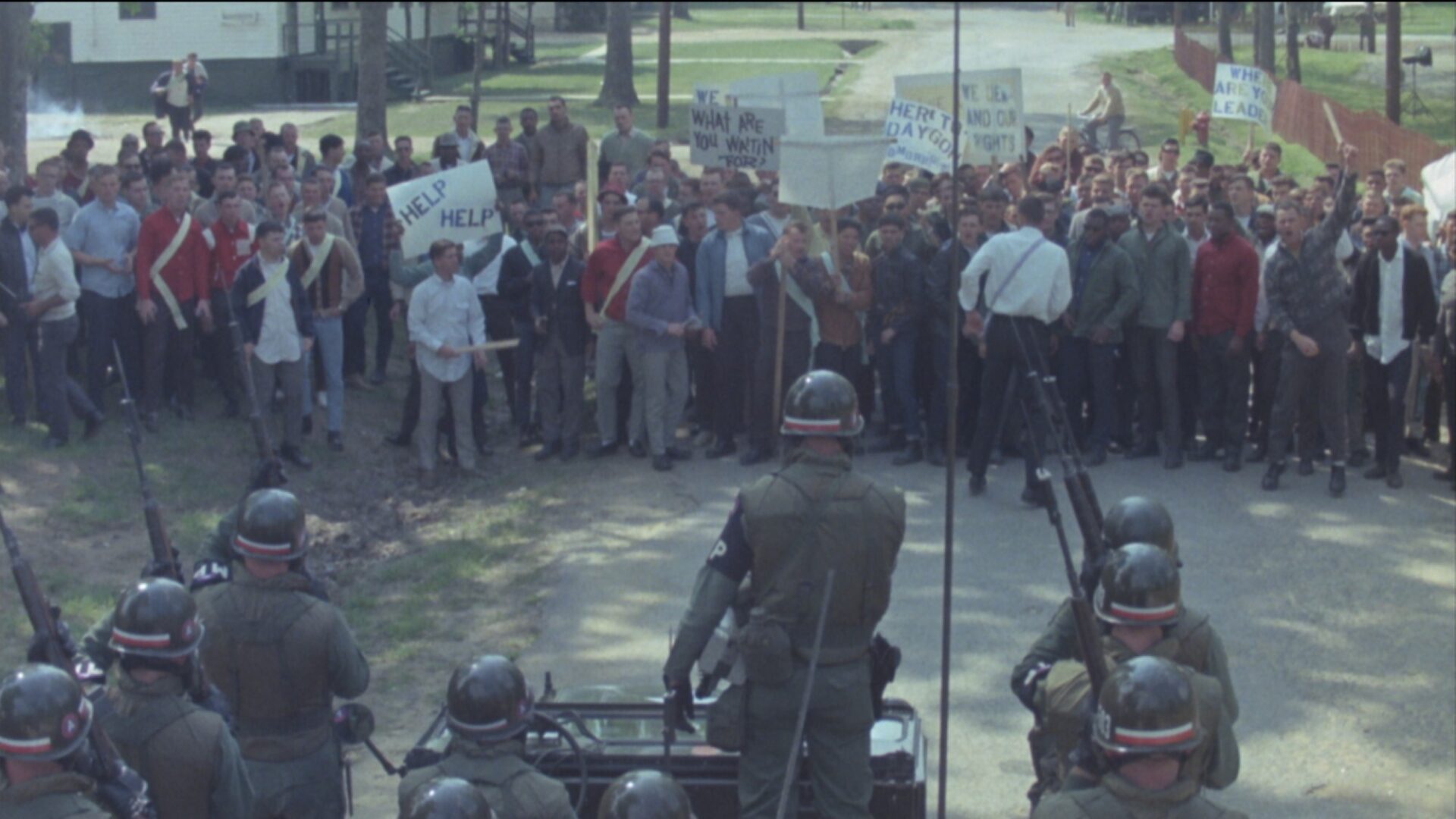 Consisting entirely of government and TV news footage from the 1960s (with essayistic commentary and brief on-screen contextual notes), Sierra Pettengill’s transfixing nonfiction film harks back nostalgically to a period of widespread civil unrest in the United States, when Los Angeles, Detroit, Chicago, and dozens more inner cities went up in flames. In July 1967, President Johnson established the Kerner Commission to investigate. At much the same time, a mock town was built in Fort Belvoir, Virginia, to train military and police in containing civil disorders. They called it ​“Riotsville.”

Pettengill’s thesis is that the wave of protests (predominantly from the Black community) threw a spotlight on social inequity that could not be ignored. Indeed, the Kerner Report was no whitewash. In some areas, it became the fastest selling paperback since Valley of the Dolls. But for the most part its recommendations—including a universal income—were ignored or not properly funded. Meanwhile, budgets for police containment and riot control began to escalate with repercussions we still see today.