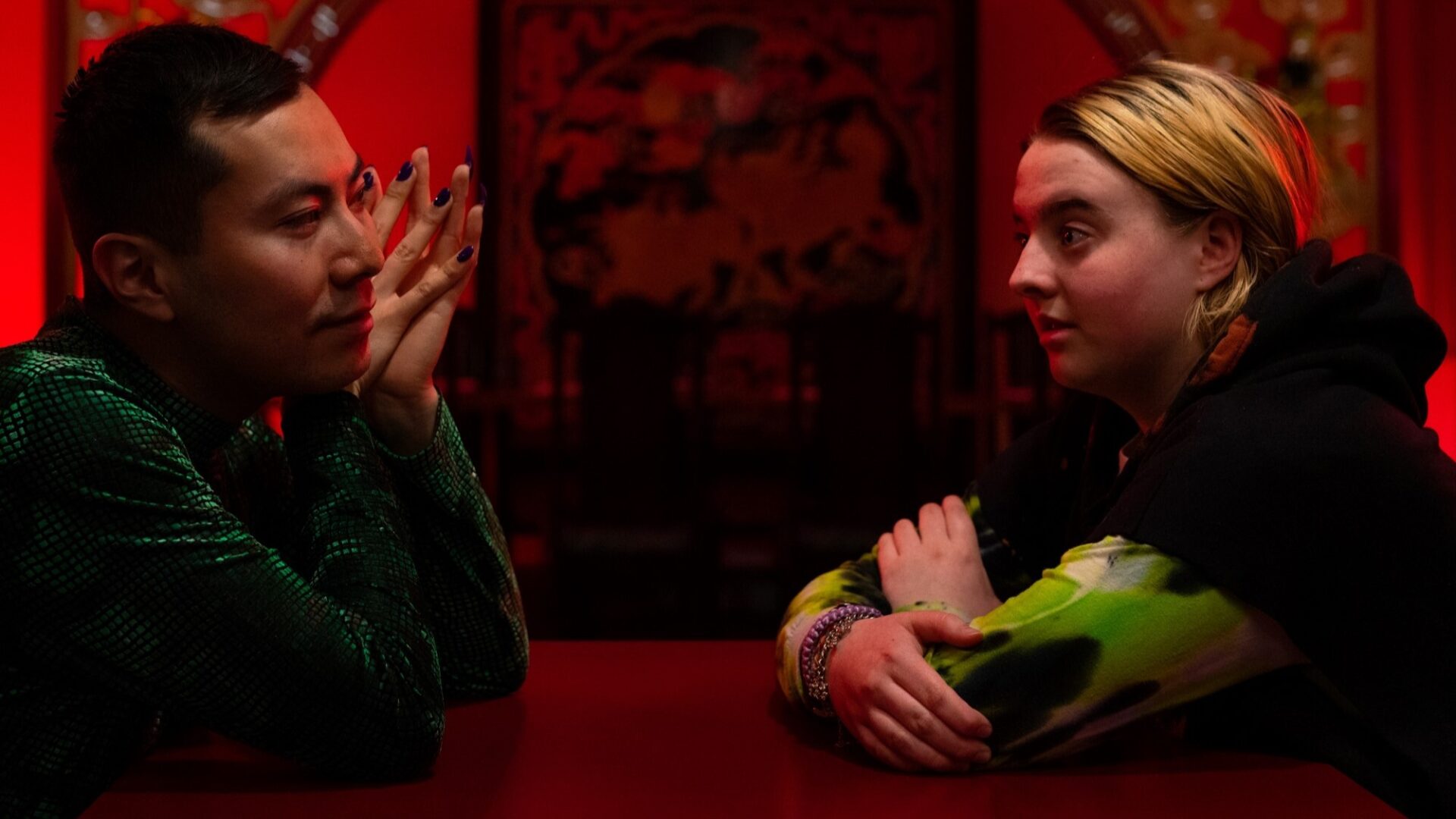 Recovering from a suicide attempt in a Cape Breton hospital, Star (Sarah Walker), a neurodiverse teen, is drawn into the orbit of An (Ziyin Zheng), a genderqueer volunteer. Despite their disparate backgrounds (An has recently arrived from Shanghai), the pair operate on identical idiosyncratic frequencies, fortifying their bond through a flurry of text messages and unguarded declarations. After disclosing her aspiration of becoming a trophy wife to An, Star incants, ​“You’re sinning… making me evil.”

In English, Mandarin, and Russian with English subtitles