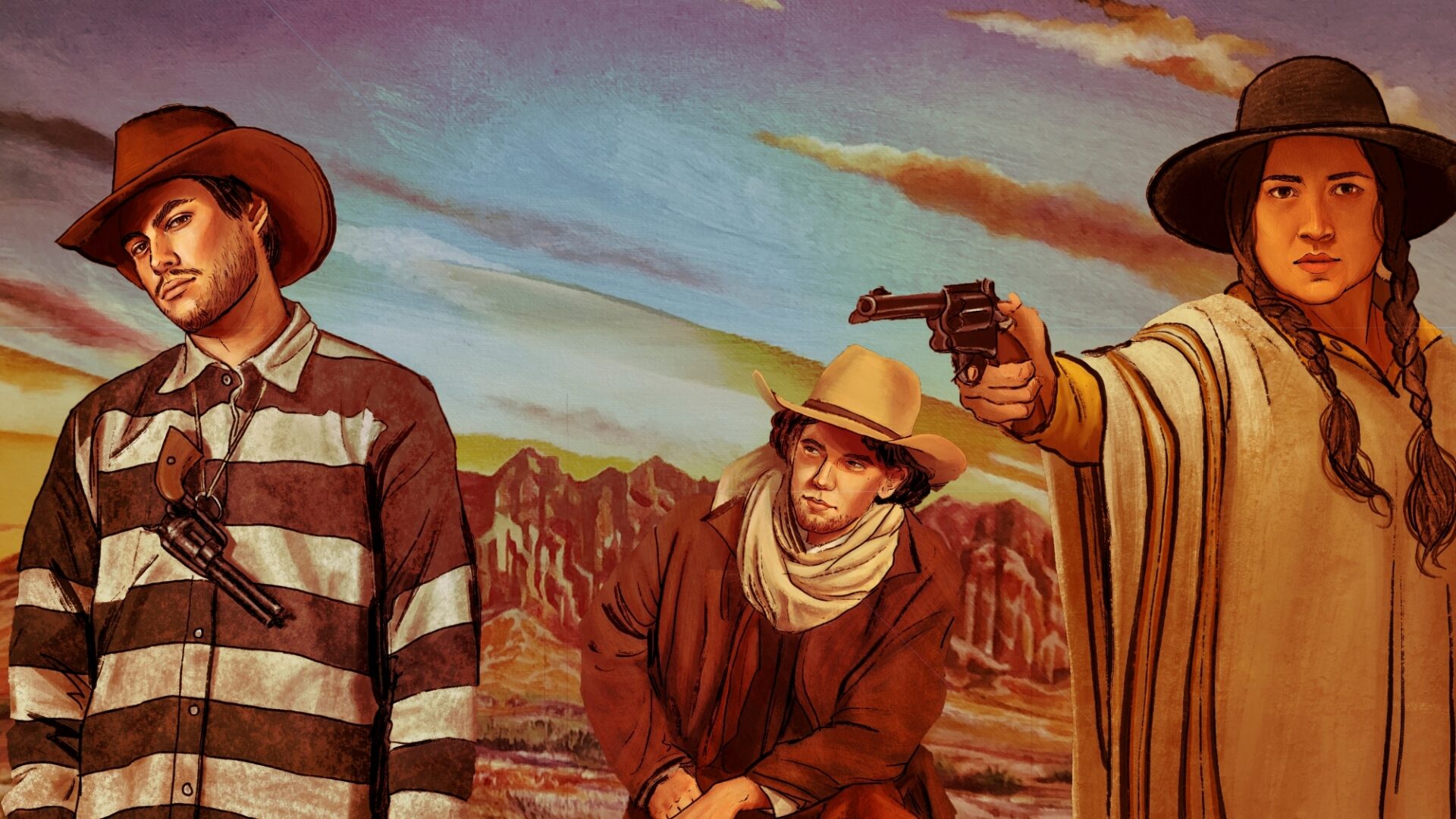 In 1870s Arizona, a pair of drifters (Kiowa Gordon and John Way) are on a quest to find a legendary musician (Howe Gelb) when they team up with an Indigenous woman (Lily Gladstone) intent on reclaiming her land. Sounds like the setup to a classic Western, right? Instead, it’s but the springboard for a deep dive into a multiverse in which a dozen different mediums—including 16mm, paper cutouts, rotoscoping, hand-drawn animation, oil paints, 8k video, collage, and digital animation—are employed to distinguish between the disparate realities navigated by an ensemble of rogues.

Cerebral, psychedelic, and just plain silly in turns, physics scholar-turned-filmmaker Geoff Marslett’s staggeringly ambitious Quantum Cowboys is overwhelming in the most exhilarating way possible: a deliriously entertaining maelstrom of metaphysical ruminations, gunplay, musical interludes (Neko Case and John Doe stop by to croon tunes), and folksy wisdom (“Planning just insults the future.”). Playing out like a peyote-fueled fever dream, it serves notice that there are still new filmmaking frontiers to be explored.

In English and Spanish with English subtitles

Altered States: This is where the wild ones come out to play