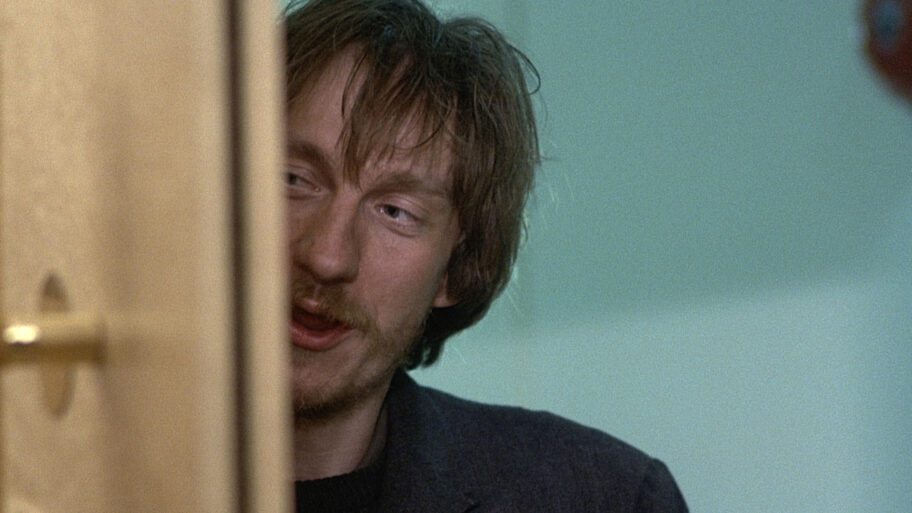 “[A] fiercely bleak masterwork … This is a movie of virtuoso nihilism and scorn.”

Mike Leigh’s consensus masterpiece is also his most savage work, a tar-black tragicomedy set in a festering world of misogynistic violence and existential despair. David Thewlis, in his breakout role, is erudite man-as-monster Johnny Fletcher, a disheveled, jobless doomsdayer fleeing Manchester after committing a sex crime. Arriving in east London, he cajoles his way into the flat of his ex (Lesley Sharp), seduces and misuses her spacey roommate (Katrin Cartlidge), and lumbers about the grimy corners of the city, drawing strangers into his web of anger and paranoia. An intelligent, ugly film that demonstrates the lengths of Leigh’s compassion for even the most vile—maybe morally irredeemable—souls, Naked raised the bar for the British director, earning him the best director award at Cannes and international acclaim. Thewlis, for his corrosive tour de force performance, took home the festival’s best actor prize. Prepare to be challenged and troubled.

The opening night screening on December 8 will be introduced by Vancouver filmmaker Bruce Sweeney.

“A great one—a film of brutal impact, withering wit, and humanity. It deserves one of the highest accolades movies can receive: Seeing it shakes you up, changes your vision.”

Bruce Sweeney was born in Sarnia, Ontario. He received a BA in Visual Art and Communication from Simon Fraser University and an MFA in Film Production from the University of British Columbia. He won Best Canadian Feature at TIFF 1995 for Live Bait and Best New Western Canadian Director at VIFF 1998 for Dirty. Subsequent films include Last Wedding, American Venus, Excited, The Dick Knost Show, and Kingsway.