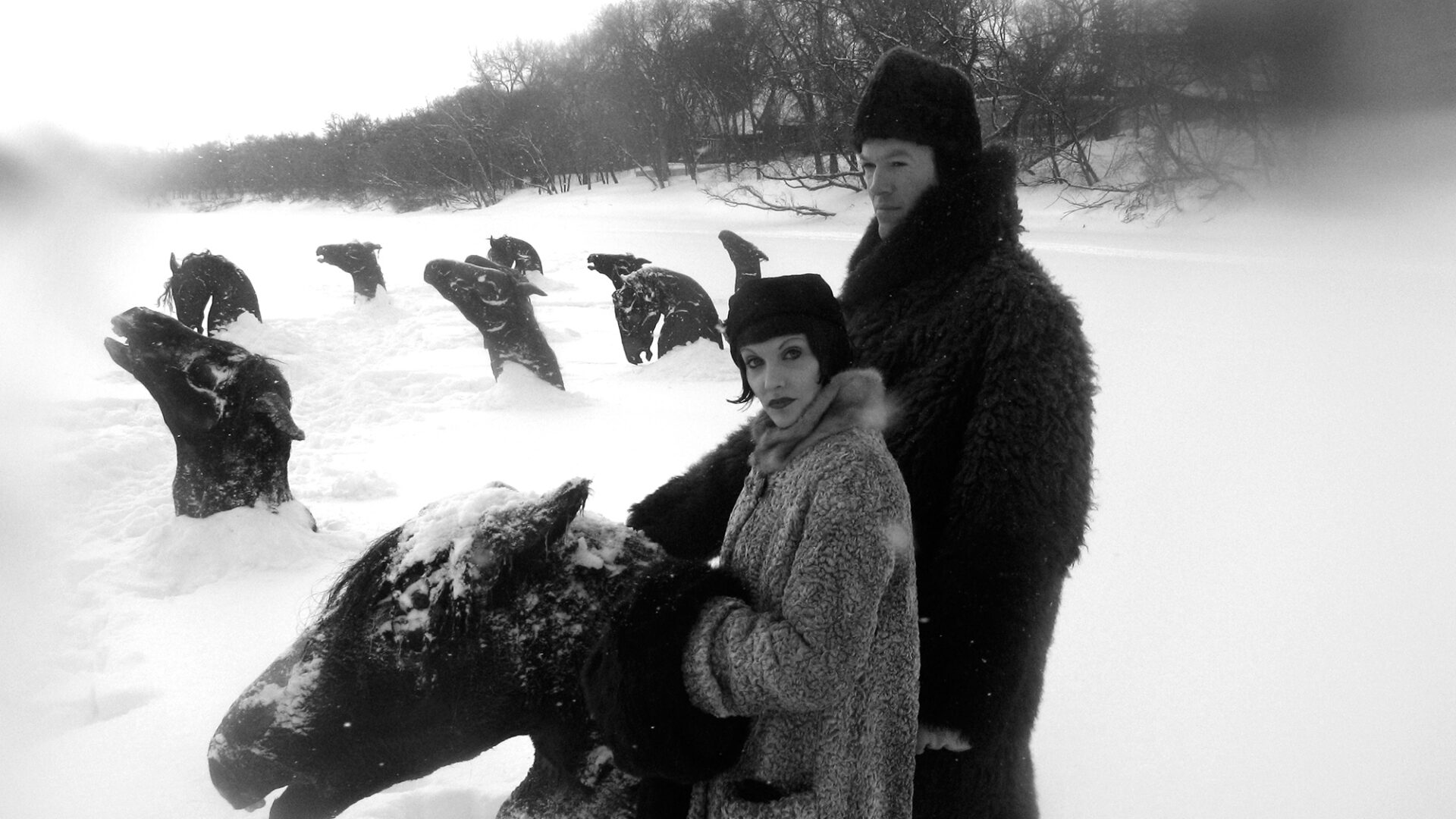 Geriatric hockey. Frozen horse heads jutting surreally out of the iced-over Red River. A scary Ann Savage, femme fatale of the 1945 noir classic Detour, as the director’s hairdresser mother. Guy Maddin’s wondrous My Winnipeg, a free-wheeling, fantastical mock-memoir that couldn’t possibly be mistaken for anyone else’s Winnipeg, is a sheer demented pleasure—another triumph from the movie obsessive and mad genius who is one of Canada’s (and the world’s) most distinctive directors. The film closed the book on Maddin’s ​“Me Trilogy” and was named Best Canadian Feature at TIFF 2007. ​“A hilarious ​‘docu-fantasia’ … At once an autobiographical fever dream, a mythopoeic history of Canada’s coldest city, and a wacky exercise in ethnography … Holding together its hallucinatory blend is the director’s inspired, entertaining narration” (James Adams, Globe and Mail). ​“If you’ve not yet experienced the pleasures of a Maddin film, this is an excellent place to start” (VIFF).

“Brilliant … Ann Savage [as] Maddin’s mother remains the high priestess in this temple of memory [where] anything seems possible.”

“As with David Byrne’s True Stories, Maddins’ most skew-whiff ideas—such as the frozen horses sunken in a snow-covered field—assume a poignancy that outlasts their silliness.”