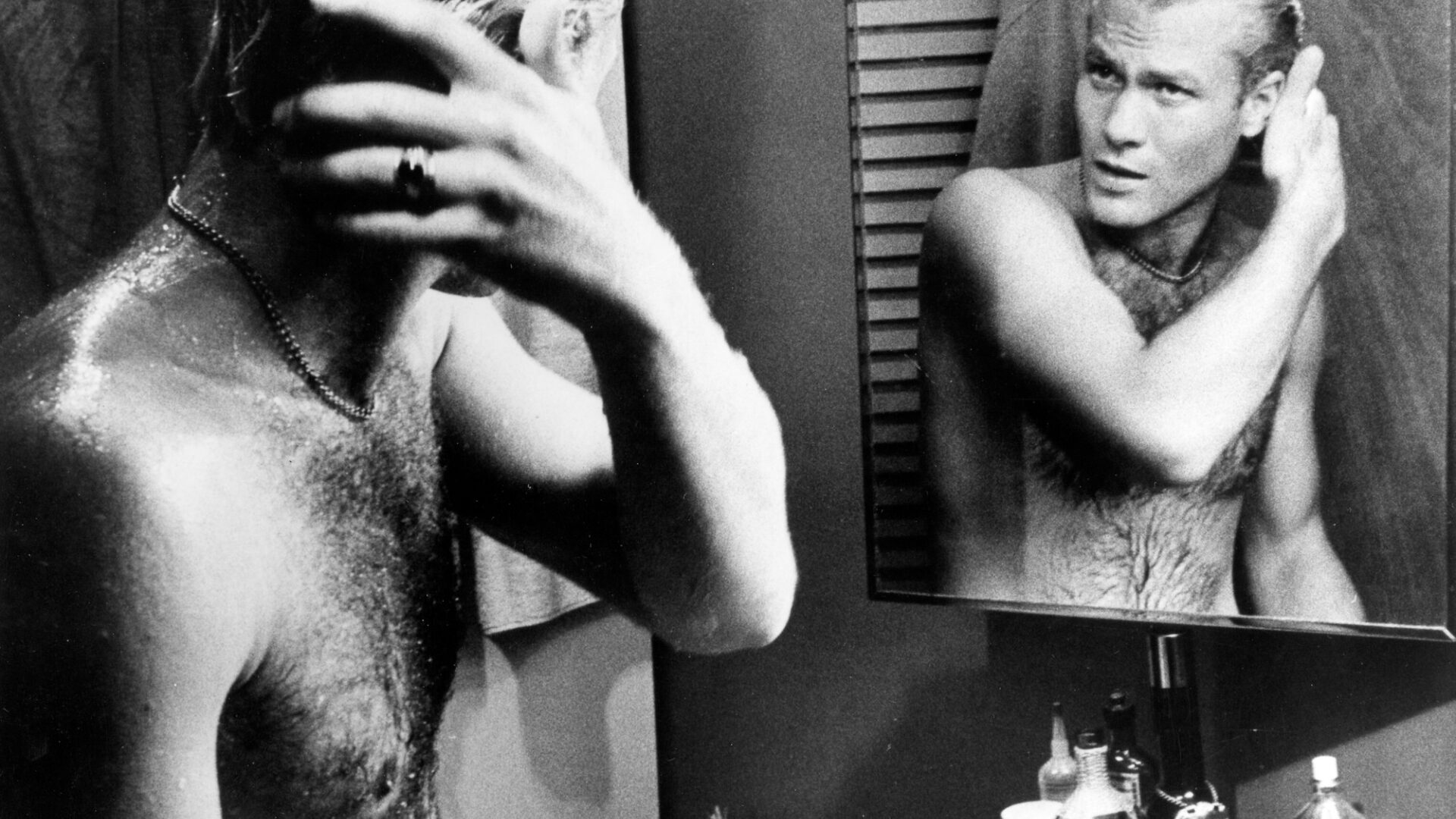 “Picasso was the most important artist of the first half of the twentieth century, inasmuch as he revolutionized painting and sculpture in deep and liberating ways. Warhol revolutionized art.”

Andy Warhol’s brilliantly bitchy masterpiece of voyeurism, desire, and boredom unfolds on a lazy afternoon on Fire Island where a threesome of libertines compete for the attention of a buff, dipped-blonde ​“Dial-a-Hustler.” Middle-aged ​“Queen Ed” (Ed Hood) plays resigned beach house host for a boozy impromptu gathering of his lithe neighbour Genevieve (Genevieve Charbon), who has a history of swooping on his tricks, and the ​“Sugar Plum Fairy” (John Campbell), a storied hustler in his own right. Perhaps Warhol’s most explicitly entertaining and accessible film work, My Hustler casts a sharp eye on gender, sexuality, and the commodification of desire while passing as lightly as a summer divertissement. – Paul Malcolm

Print courtesy of The Museum of Modern Art, New York

“Warhol’s movies are central to his accomplishment … recording with galvanizing (and often hilarious) immediacy the avant-garde community of the ​’60s, with its artists and poseurs, hustlers and burn-outs all being their happy exhibitionist selves.” Dave Kehr, Chicago Tribune

A moving, queer meditation that individualizes the immeasurable collective trauma left in the wake of the AIDS epidemic. Stylistically, Jim Hubbard powerfully departs from the small film gauge formats that dominate his documentary work, instead utilizing widescreen CinemaScope that illuminates the enormous scale of loss for each individual that has perished. Hubbard’s dream-like elegy transports the viewer to a deep, universal state-of-consciousness that anyone that has lost a loved one will instantly recognize. – Mark Quigley

This outrageous work was conceived and executed in trailblazing queer artist and filmmaker Curt McDowell’s San Francisco apartment. Employing the confrontational method of direct address, he discloses his carnal sins to his parents. ​“Graphic in its sexuality both visually and verbally,” writes gay rights historian and activist Bob Hawk, ​“the filmmaker manages to maintain a drolly humorous humanity in this pre-AIDS ​‘underground’ document.” – K.J. Relth-Miller

Print courtesy of the Film-Makers’ Cooperative