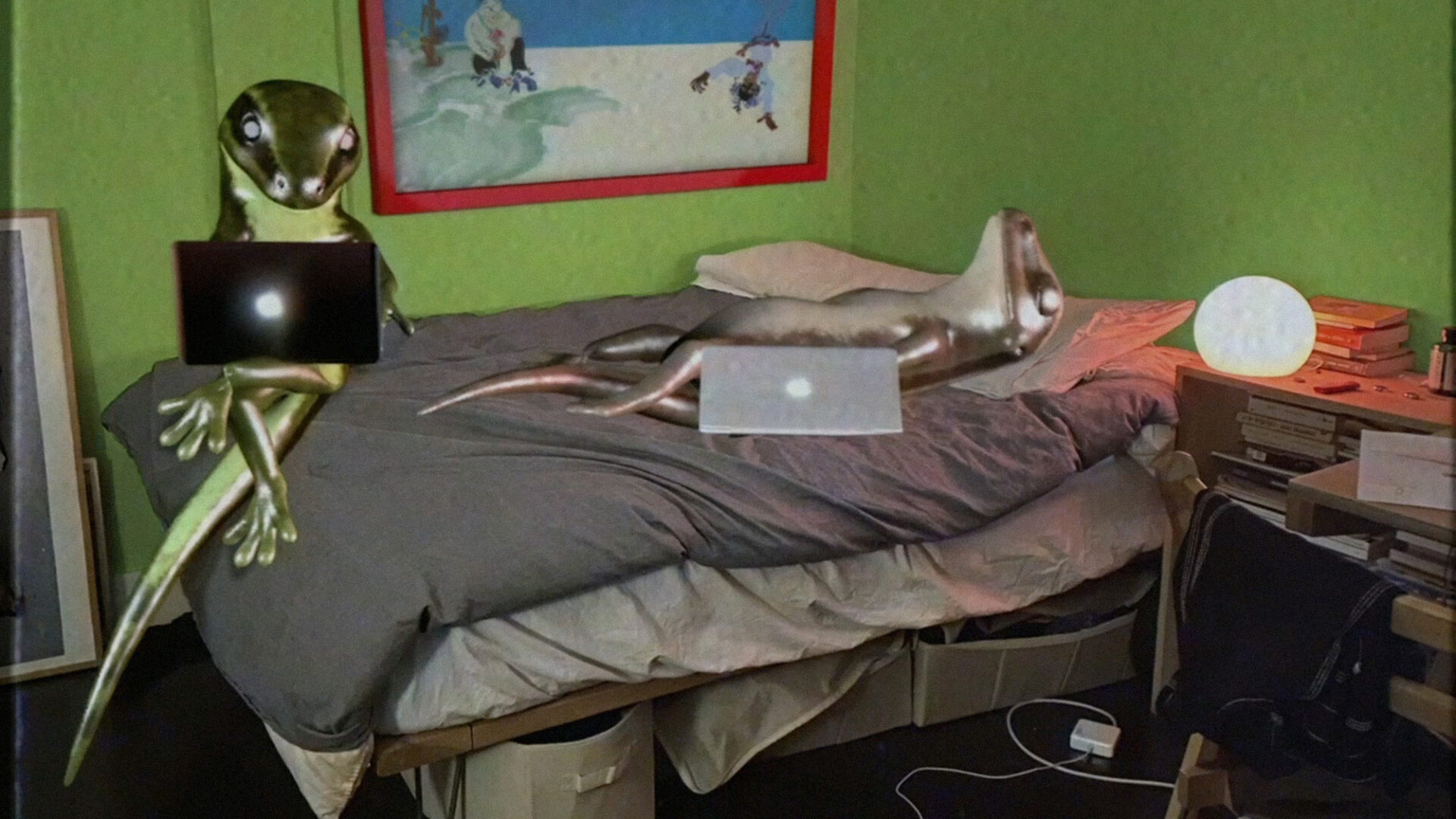 This astonishing, wildly inventive trio of recent videos by Meriem Bennani begins with the tender, funny, and infinitely relatable 2 Lizards (2020). A collaboration with Orian Barki, the work is composed of eight ​“episodes” that were posted by the artists on Instagram at the onset of the pandemic, a chronicle, spoken through lizardy avatars, of their disrupted lives. Seamlessly combining 3D animation with footage shot around New York City—including an eerily empty Times Square—it captures the range of emotions particular to the early months of lockdown. Party on the CAPS (2018) and Guided Tour of a Spill (2021) are closely related works. The first introduces a crocodile called Fiona who details life on the CAPS: an island turned refugee camp for illegal immigrants caught mid-teleportation. Mixing the languages of reality TV, advertising, and high-end commodities, this pseudo-documentary evokes ideas around displacement, biotechnology, and privacy. The second documents an immense spill of digital data at CAPS and is described by the artist as a ​“CAPS Interlude” between the 2018 video and a new work to be exhibited later this year at The Renaissance Society and Nottingham Contemporary.

Programmed and introduced by Tobin Gibson