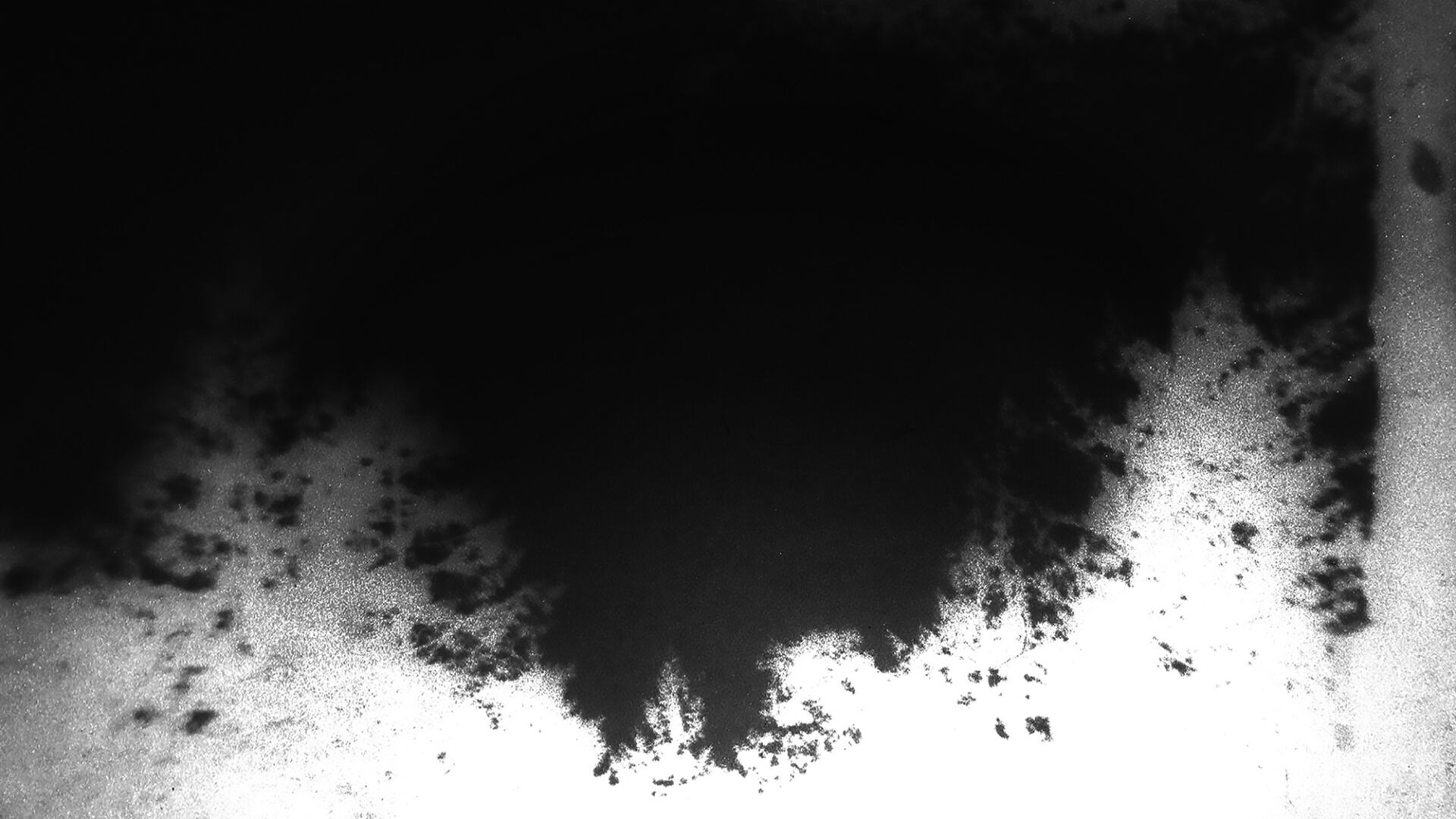 To celebrate The Cinematheque’s 50th anniversary, DIM presents a quartet of projector performances by Alex MacKenzie and Lindsay McIntyre with live sound by Clare Kenny and Peter Bussigel. The evening is bookended by experimental works that take place in West Coast forests, opening with MacKenzie’s manipulations of a 1920s hand-cranked projector and closing with McIntyre’s composition across six projectors. In between, the light performance Phosphene shimmers across the screen, uniting ​“the cosmic with the microscopic” (Marilyn Brakhage), while Mall Emotions transforms a promotional film about French mall culture into a dreamlike space traversed by a silhouetted shopper forever seeking an exit from the labyrinth of capital. Hollow Mountain, filmed with a 35mm hand-cranked camera atop a mountain overlooking the Salish Sea, uses a variety of lens interference techniques in concert with the projector to translate the topography of the landscape into pure abstraction. In Worth More Standing, horizontal and vertical planes shift across footage of the old-growth forest at Fairy Creek on Vancouver Island and of the land defenders facing down developers encroaching on unceded Pacheedaht territory. Exploring the dynamics of tree/​human relationships, McIntyre’s performance creates a high-contrast portrait of this landscape of ancient, seemingly silent giants whose fate rests in human hands.

“Live and Expanded” will be followed by a Q&A session with the artists.

All works are of variable duration

Clare Kenny is a musician working primarily with keyboards and found sound. Her past projects include Eyelickers, Giantess, Skiimask, What’s Hot, Electrosonics, and Koolatron. She is based on Lasqueti Island, B.C.

Lindsay McIntyre (MFA/Inuk/settler) is a film artist with a process-based analogue practice and interests in the apparatus of cinema, representation, and bridging gaps in collective experience. She teaches film and screen arts at Emily Carr University of Art + Design, and anywhere else people will listen.

Peter Bussigel is a composer and intermedia artist who builds sound systems that become instruments, performances, sculptures, and videos. He teaches new media and sound arts at Emily Carr University of Art + Design.