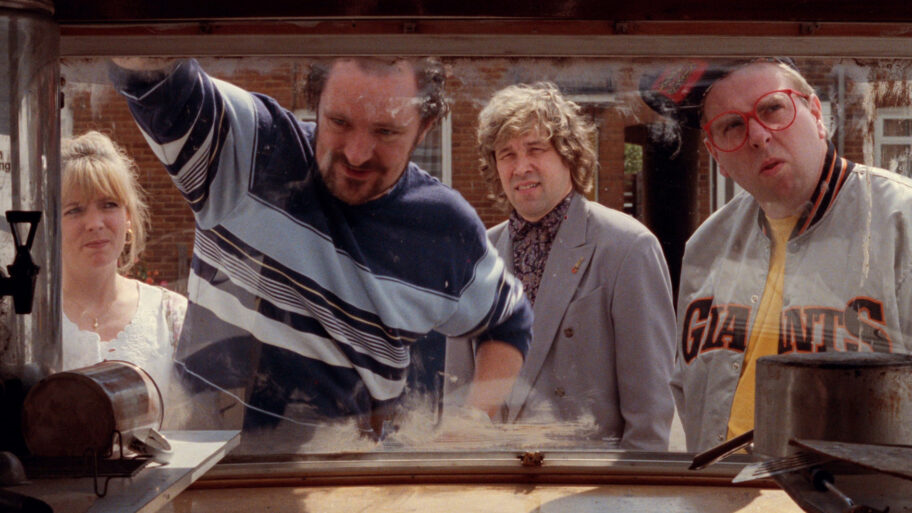 “One of the director’s peaks … It’s a measure of the humanism inside Leigh’s portraits that everyone is a candidate for grace.”

Lighter in tone and bigger on laughs than the darker, more downcast works in Mike Leigh’s oeuvre, this offbeat examination of a quirky suburban family kicked off a decade of unparalleled acclaim for the British director. The happy-sad comedy, Leigh’s international breakthrough, chronicles the fortunes and follies of a working-class family in north London. Mom (Alison Steadman) is a cheery kids’ retailer; dad (Jim Broadbent) is a chef and serial house-project procrastinator; and daughters Nicola (Claire Skinner) and Natalie (Jane Horrocks) are twins nothing alike—one, a moody, self-loathing punk; the other, a learned, level-headed plumber. Hiccups in their ho-hum lives arrive via oddball acquaintances, including an incompetent restaurateur (Timothy Spall), a huckster barfly (Stephen Rea), and an extremely obliging lover (David Thewlis). Leigh’s signature method of improvisational character development reaches a highpoint here, his actors bringing a palpable sense of authenticity and warmth to their roles. A delight, start to finish.

“Leigh’s strongest suit is tenderness … [He] intuitively stays in touch with the sliver between the laugh and the sob, the giddiness that comes just before grief.”