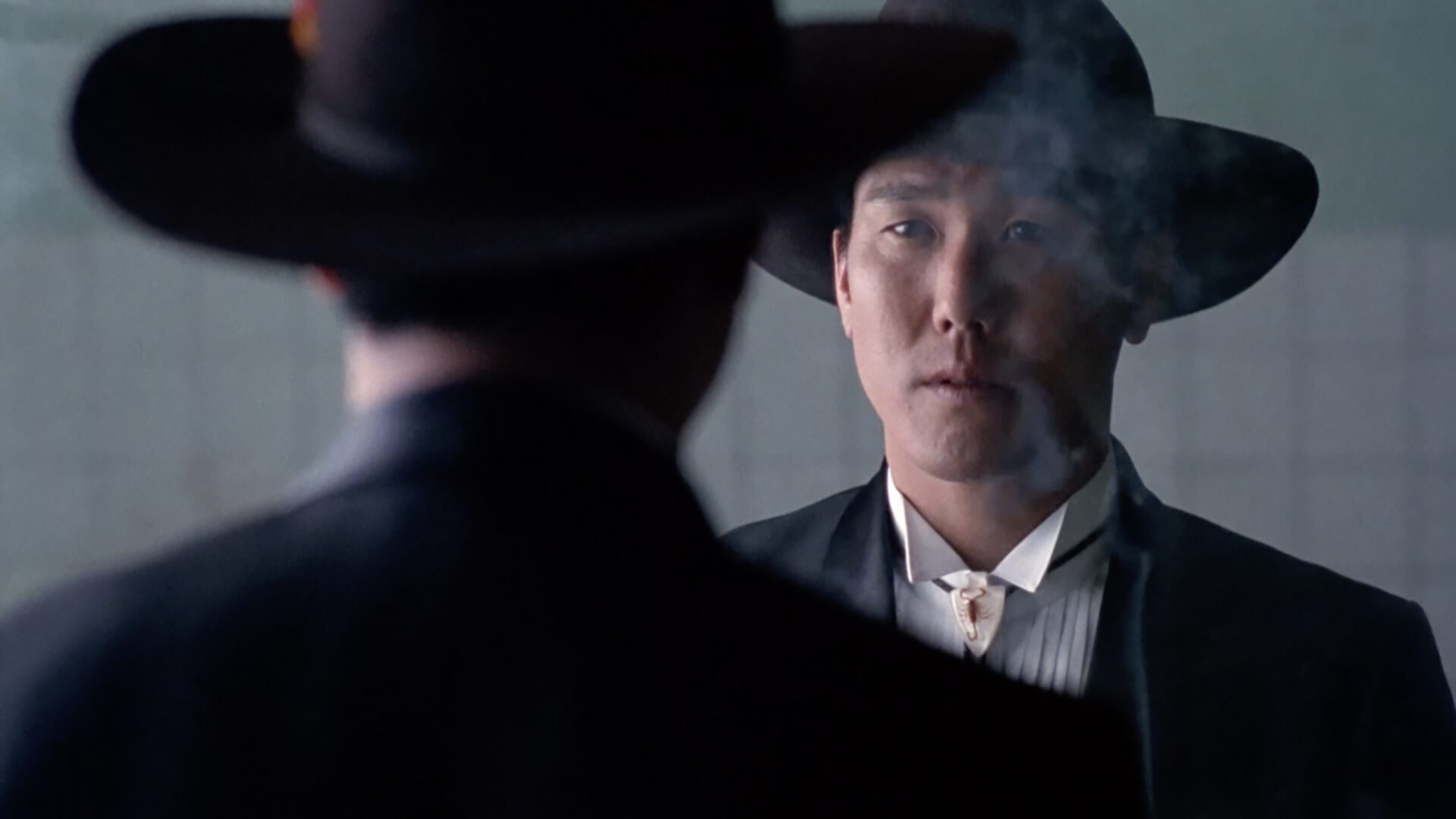 Maverick Chinese American filmmaker Wayne Wang made zero concessions for mainstream appeal with Life Is Cheap…, his blunt-force, X‑rated, neo-noir comedy set against the sleazy underbelly of a pre-handover Hong Kong. Vulgar, violent, and wickedly entertaining, this freewheeling punk-ethos indie follows a nameless San Francisco cowboy (Spencer Nakasako, also co-writer) who arrives in the ​“Wild Wild East” to deliver a mysterious briefcase to a crime boss (Lo Wei). When the briefcase gets snatched by rival hoods—setting off a truly astonishing, guerilla-filmed foot chase through a tangled maze of market alleys—the clueless courier must track down the cargo while keeping his relationship with the kingpin’s mistress (Cora Miao) secret. Juggling disparate tones and stylistic approaches with gutsy, go-for-broke aplomb, Wong’s ferocious film, a Rotterdam winner, is a provocative, inky-black satirization of Hong Kong in its apocalyptic leadup to reunification. This 2021 director’s cut, Wang’s ​“definitive version,” incorporates additional footage shot in 1996. In English and Cantonese with English subtitles.

“A pop-noir cartoon, a turbocharged blast into postcolonial, pre-1997 Hong Kong … A nasty, sly piece of work and one of the best films you’ll see this year.”

“Of all the films to get slapped with an X rating this year, Wayne Wang’s Life Is Cheap… But Toilet Paper Is Expensive is easily the most outrageous … Not for the fainthearted.”