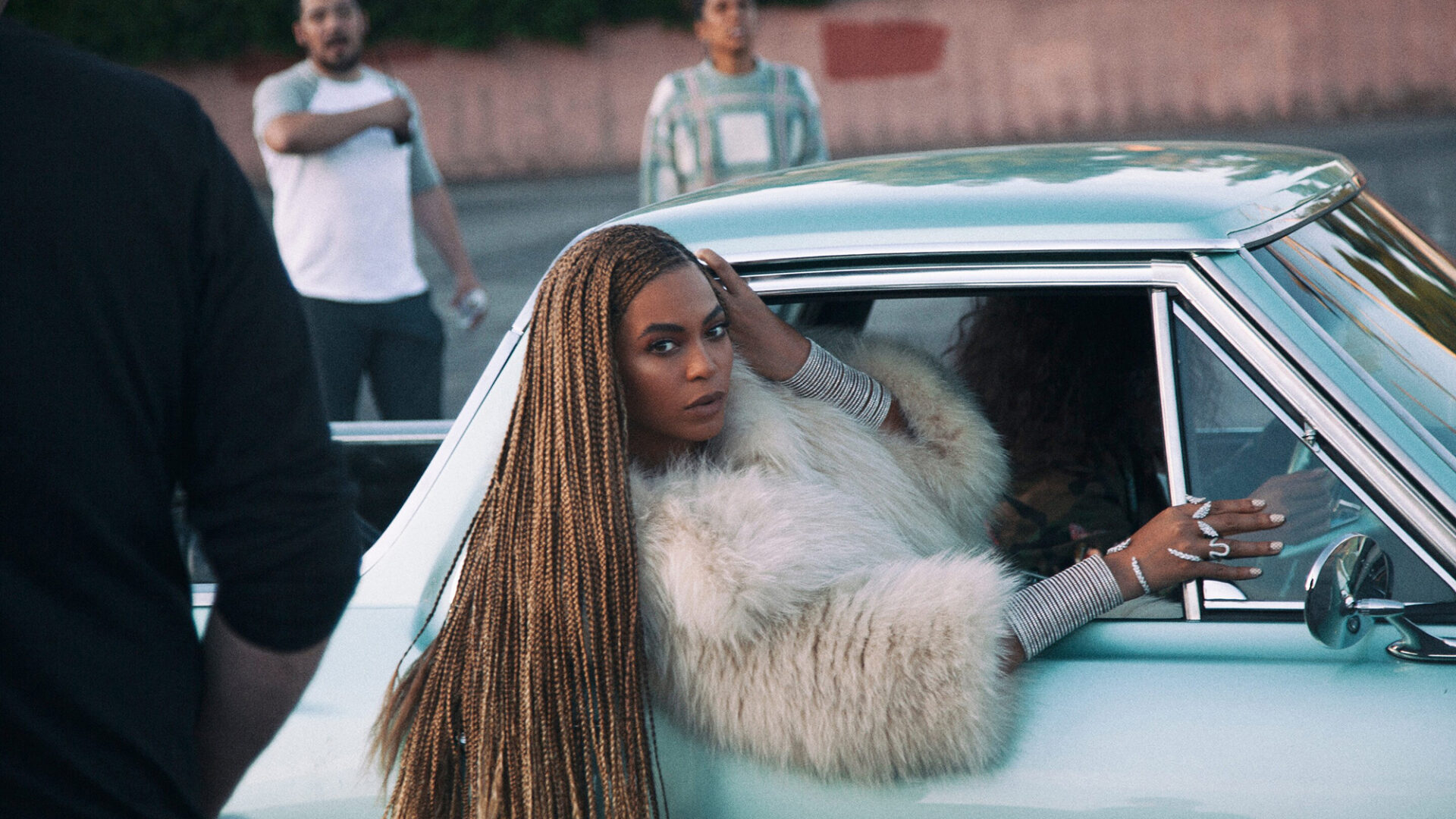 “The power of Queen Bey is an undeniable force.”

Beyoncé’s Lemonade was not only the best-selling album worldwide of 2016, but also one of the year’s best films. The 65-minute visual album, directed by Bey along with a cohort of collaborators including music video juggernauts Mark Romanek, Jonas Åkerlund, and Melina Matsoukas, anchors its political reflections on Black femininity in America in Beyoncé’s personal pain over her husband’s infidelity. Beyoncé’s ability to bend the boundaries of musical genres—her sound ranges from blues to country to trap, with samples from Andy Williams, Tchaikovsky, and Led Zeppelin—is matched by the film’s overwhelming number of visual references. Most famously, the lush settings and period costumes invoke Julie Dash’s Daughters of the Dust (the first feature directed by an African-American woman distributed theatrically in the United States), but Lemonade also draws inspiration from Afrofuturism, African-American folklore, and Black female literary traditions. This textual richness is grounded in a cohesive narrative of trauma and redemption told in 11 chapters, linked by Beyoncé’s breathy readings of verses from British-Somali poet Warsan Shire’s works. This is serious art, but Lemonade is also unapologetically joyful, rebellious, and fun. All hail Queen Bey.

“No one could have predicted that Beyoncé would be responsible for one of the most discussed cinematic events of [2016] … What begins as a tale of marital infidelity and reconciliation reveals itself to be a pointedly political, aestheticized expression of Black resistance.” Kelli Weston, Sight and Sound

This free screening is presented as part of ​“Cinema Thinks the World,” a partnership project between the University of British Columbia and The Cinematheque. After the film, there will be a short reception followed by a one-hour panel talk with audience discussion.

Please note: Unclaimed tickets for complimentary screenings at The Cinematheque will be released 15 minutes before showtime. Please arrive early to guarantee your seat.

Kimberly Bain is an assistant professor in UBC’s Department of English Language and Literatures. Her scholarly and critical-creative pursuits have consolidated around the history, theory, and philosophy of the African diaspora, race, gender, environmental and medical racism, the Anthropocene, and Black arts and letters.

Vanessa Fajemisin is a director at the Black Arts Centre in Surrey, B.C. She is a student, writer, producer, curator, and consultant whose work focuses on the intersections of digital culture, art, Blackness, community, and sociological theories.

Louis Maraj is an assistant professor of Writing Studies in UBC’s School of Journalism, Writing, and Media. He is the author of Black or Right: Anti/Racist Campus Rhetorics, which received an honourable mention of the 2021 Rhetoric Society of America Book Award.

Alexis McGee is an assistant professor of Writing Studies in UBC’s School of Journalism, Writing, and Media. She is the author of From Blues to Beyoncé: A Generation of Black Women’s Sonic Rhetoric (under advance contract with SUNY Press).