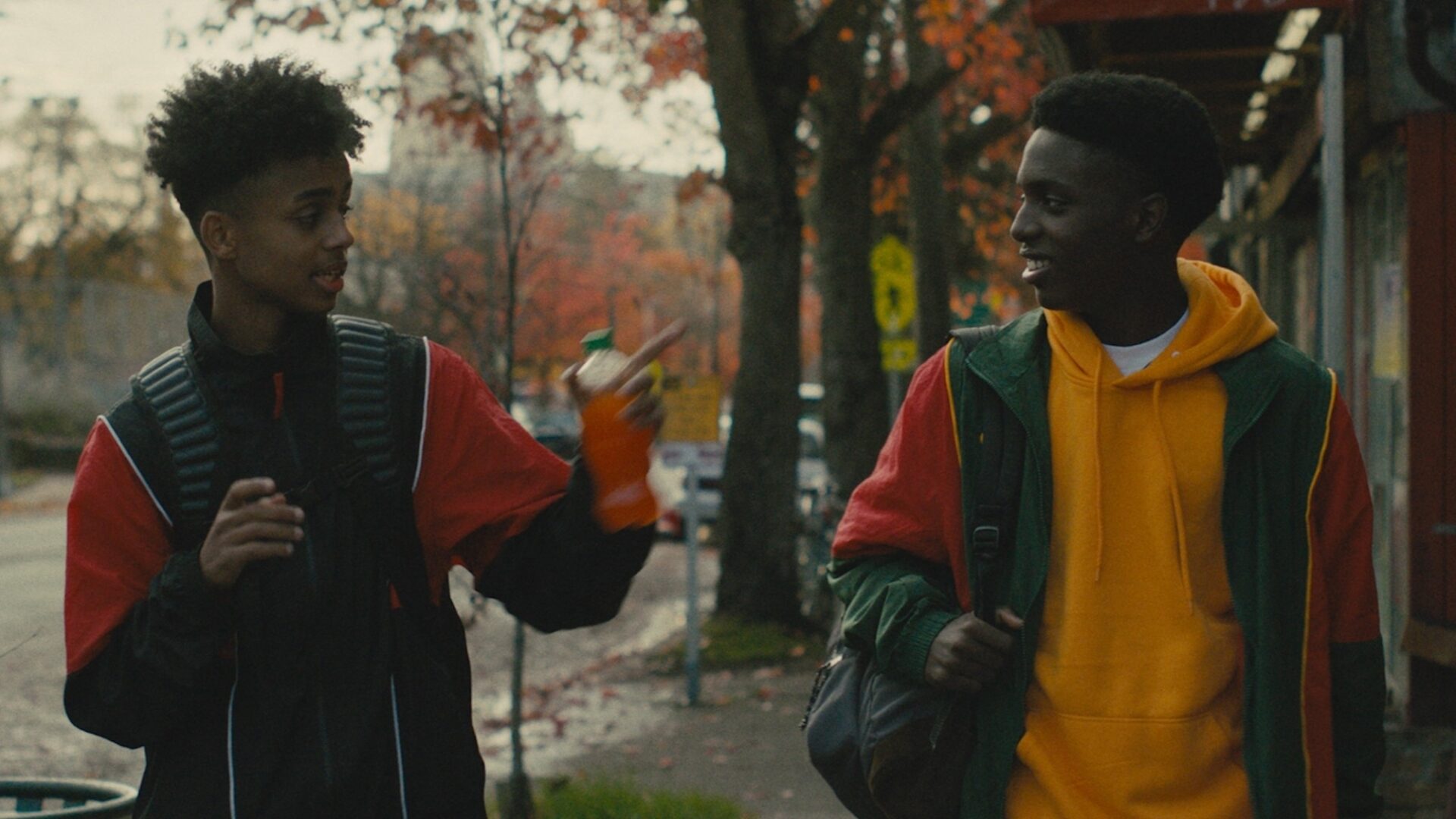 When his mother receives a late-night plea for help, Robel (Joseph Smith), an Eritrean-American teenager, must transport a suitcase of cash and medicine to a family friend in desperate need. Accompanied by Fahmi (Natnael Mebrahtu), his Ethiopian-American best friend, Robel sees their trek through south Seattle grow increasingly labyrinthine. As they pass abandoned houses and encounter cab drivers, shopkeepers, and other members of the working class, they grow aware of how their rapidly gentrifying, constantly redeveloping city is slowly forcing out people of colour such as themselves. As Robel and Fahmi race against the clock to complete their errand, they must likewise consider that the only way of life they’ve ever known may now be on borrowed time.

Zia Mohajerjasbi’s Emerald City odyssey is clear-eyed and tender in turns. As he investigates themes of personal identity, family responsibility, and community, he does so through nuanced interactions rather than didactic proclamations. Employing Nicholas Wiesnet’s cinematography to tremendous effect, Mohajerjasbi ensures that his striking depiction of Seattle reflects issues running rampant in countless other North American cities.

In English and Tigrinya with English subtitles