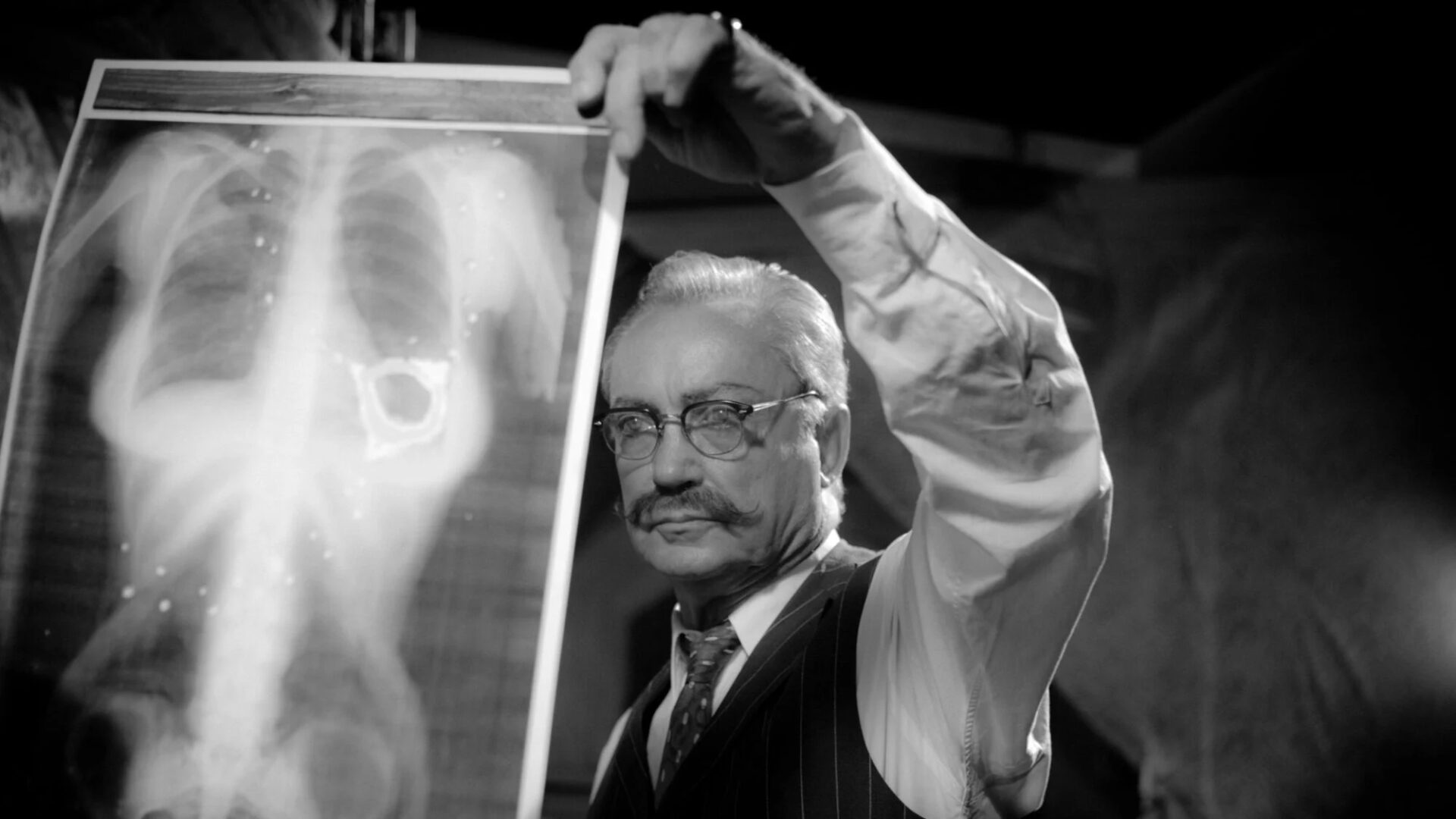 “Stunning to look at … [Maddin’s] act of collage attains a kind of lucid lunacy, and the references in combination become something new: handmade, logic-defying, and magical.”

This decidedly unhinged work by idiosyncratic auteur Guy Maddin is a ghost story/​gangster flick/​Homeric quest in the singular, movie-mad Maddin mode. Jason Patric plays mobster Ulysses Pick, returning home after a long absence with both a corpse and a living captive in tow—and the police in hot pursuit. A tense stand-off ensues between Ulysses’s fractious gang of hoodlums inside and the coppers outside, while our hero wanders his spooky, ramshackle house in search of estranged wife Hyacinth (played by Isabella Rossellini). The peculiar proceedings are narrated by the naked elderly man (Louis Negin) chained to a bed upstairs! ​“Maddin’s mad mélange of melodramatic ghosts and meddlesome mobsters frames a memory tour like none other, exploding two genres with one powerful pop … Keyhole is a homecoming of a kind only Guy Maddin can pull off … Make no mistake, this is one of his great ones” (Peter Howell, Toronto Star).

“Maddin finds new footing here, and his best leading man since Careful​’s Kyle McCulloch in Jason Patric, [with his] classic, rock-jawed good looks and tendency to play the silliness and surrealism totally straight.”