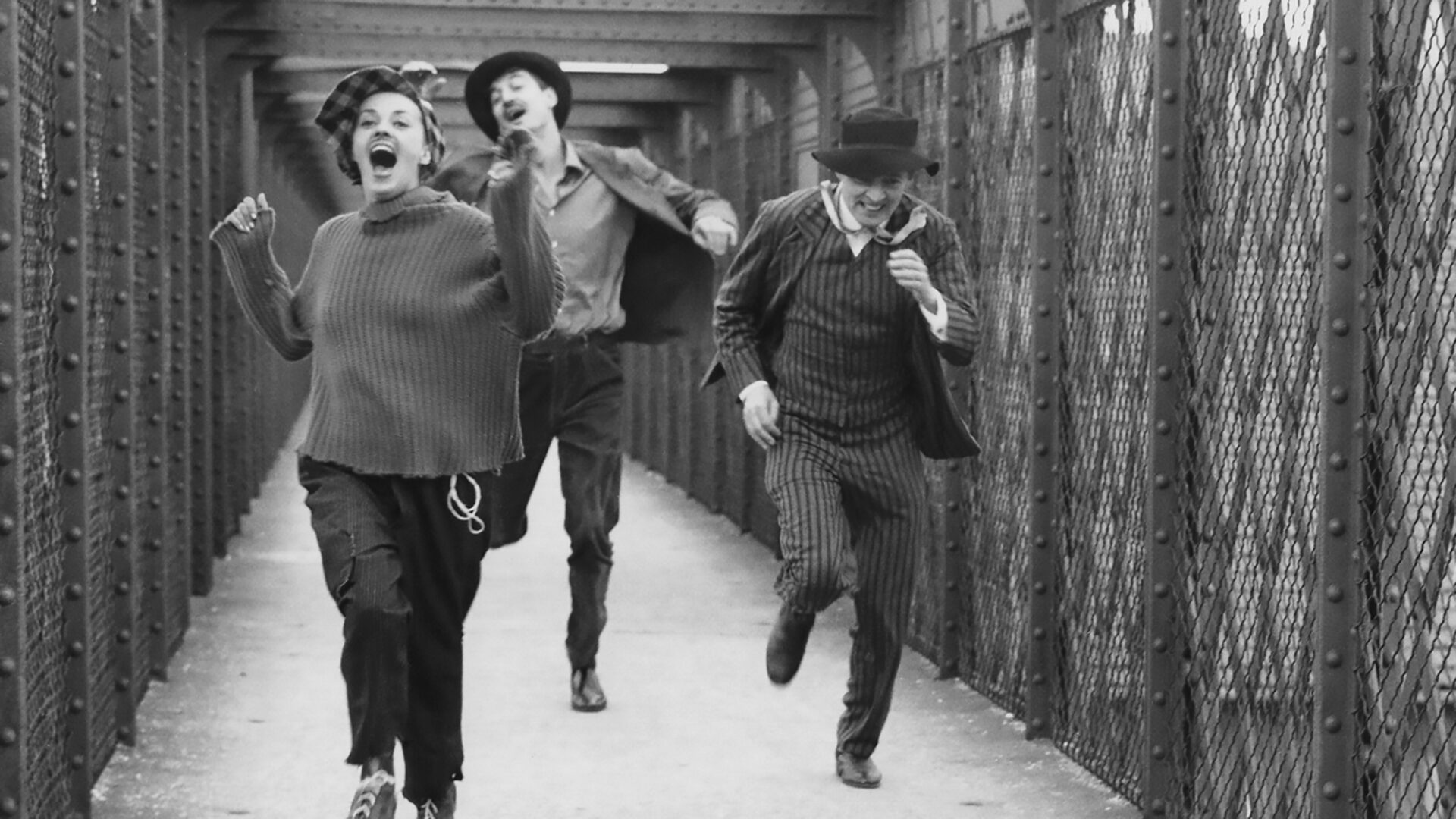 In Honour of Mark Harris

Mark’s MA thesis in the film studies graduate program at UBC was entitled ​“The Origins and Uses of Love in the Cinema of François Truffaut.” One of his favourite films to discuss and analyse was Jules et Jim, which deftly explored romantic love, a famous ménage à trois, and the particular love found in friendship. – Brian McIlroy

François Truffaut’s much-loved third feature is a lyrical, nostalgia-suffused exploration of the impossibility of living à trois and, like much of his work, a fond hommage to cinema itself. The film charts the shifting fortunes of a romantic triangle over the course of two decades. It begins in Paris in 1912, where bohemian buddies Jules (Oskar Werner) and Jim (Henri Serre) both fall in love with free spirit Catherine (the radiant Jeanne Moreau). WWI finds the two men fighting on opposite sides; after the armistice, they resume their friendship and continue their shared interest in Catherine. Raoul Coutard’s beautiful CinemaScope compositions, Georges Delerue’s memorable score, and Truffaut’s nouvelle vague panache make for a multitude of pleasures. For many, this is Truffaut’s best film.

Marks Harris (1951–2013) was senior film critic for The Georgia Straight and a film studies instructor at the University of British Columbia. He was a film programmer at The Cinematheque from 1985 to 1986.

“Almost every scene is shot through with such casual stylistic brilliance … Jules and Jim is a movie that enters viewers’ lives like a lover—a masterpiece you can really get a crush on.”