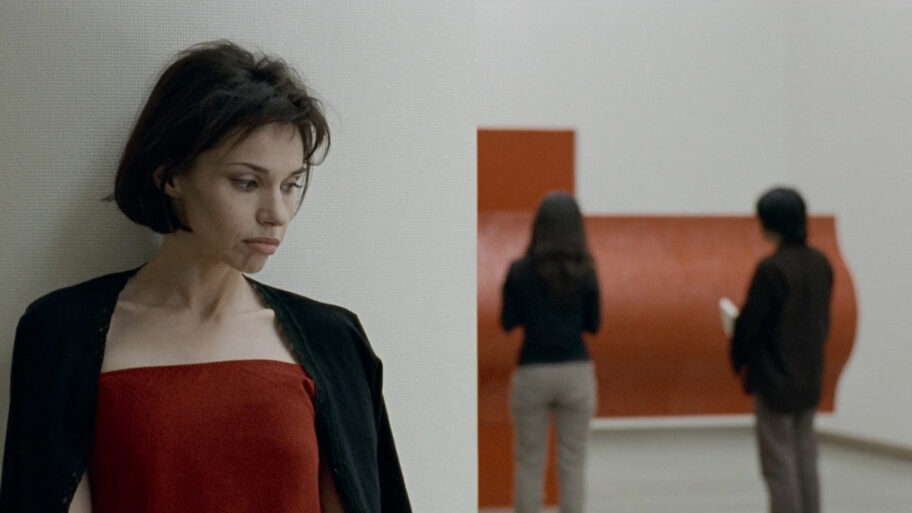 “Courageous … H Story is perhaps not a celebration of cinema’s autumn, but of its imperceptible spring.”

Alain Resnais’s immortal Hiroshima mon amour, which figured prominently in our recent ​“Renais 100” program, is at the centre of Suwa’s beguiling mise en abyme movie. Suwa plays a version of himself, assembling a cast and crew in Hiroshima to remake Resnais’s film on its 40th anniversary. For Emmanuelle Riva’s iconic role, the director hires French actress Béatrice Dalle (also doubling as herself), who objects to staging a faithful remake and fails to remember Marguerite Duras’s original dialogue. Suwa, who speaks no French, struggles to salvage his disastrous production. A postmodern rumination on a modernist masterpiece, H Story, like the film within it, actively frustrates and undermines any resemblances to its source material. Rather, Suwa uses the hall-of-mirrors premise to draw connections between filmmaking, film history, and his own biographical ties to Hiroshima, his birthplace. Dalle also starred in Claire Denis’s controversial Trouble Every Day, released the same year. Suwa’s ensuing films would almost exclusively be made in France.

“Activating a tradition that reaches from 8½ to Irma Vep, what is at stake is an impossible film that, in the difficult course of its making, completely falls to pieces … The rigour of Suwa’s mise en scène is breathtaking.”