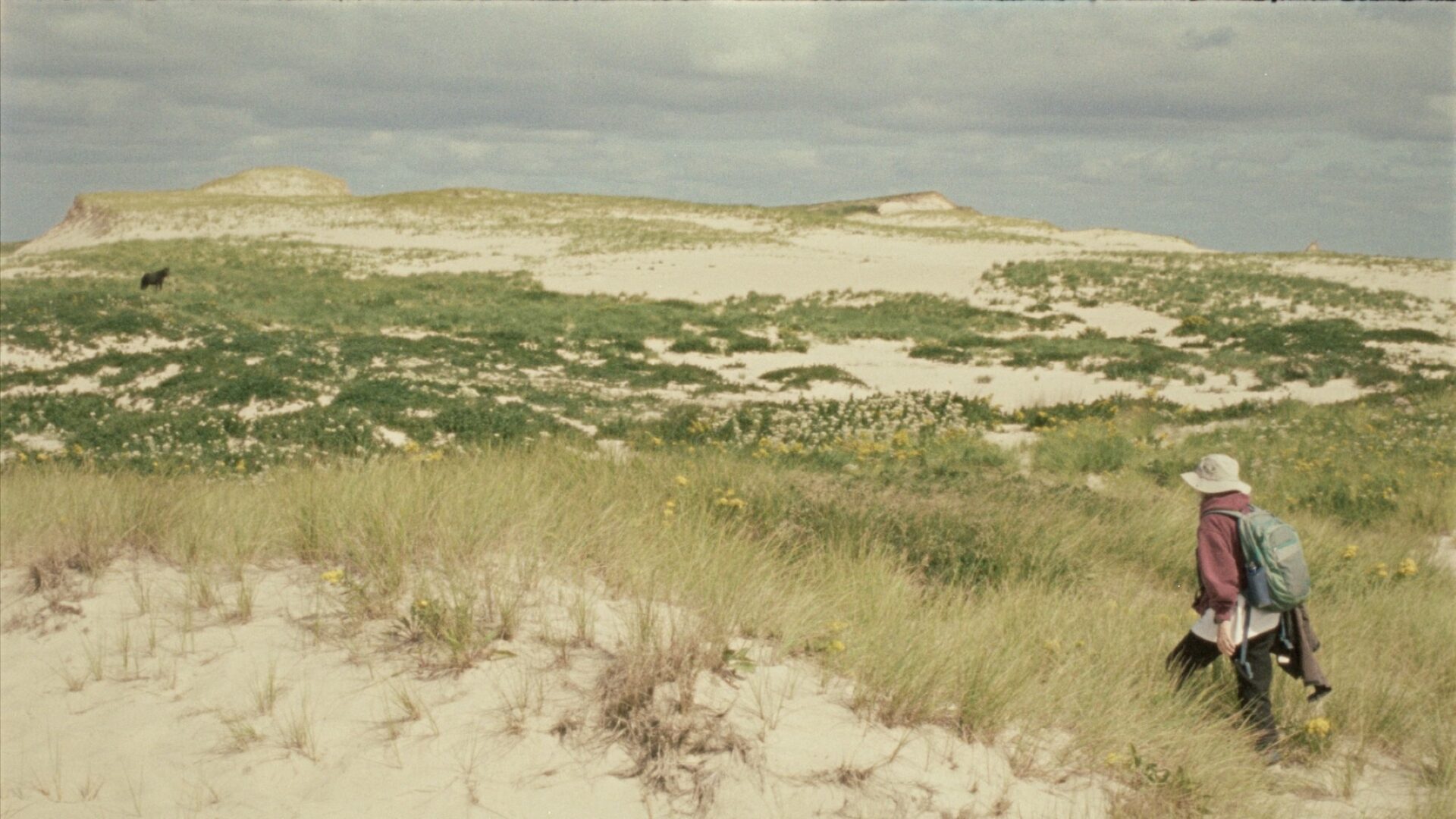 300 kilometres southwest of Halifax lies Sable Island, a crescent moon-shaped sliver of land that seems to have manifested from a fable. Naturalist/​researcher Zoe Lucas has called Sable home for four decades, sharing the land with roaming wild horses, fluttering sparrows, and practically imperceptible invertebrates. Joining Lucas for a residency, Jacquelyn Mills, a one-person film team, fully immerses us in the natural wonders of this stunning ecosystem while allowing us to witness an uncommon friendship unfold.

Winner of multiple awards at the Berlinale and Hot Docs, the captivating Geographies of Solitude is one of the year’s most celebrated, accomplished, and innovative documentaries. Utilizing techniques like exposing her 16mm film stock to starlight and hand-processing footage in seaweed, Mills also employs homemade microphones and electrodes to elicit melodies from the island and its animal inhabitants. Sable isn’t so much captured on film as incorporated into the very fabric of this documentary. This is a cinematic experience unlike anything you’ve ever encountered.