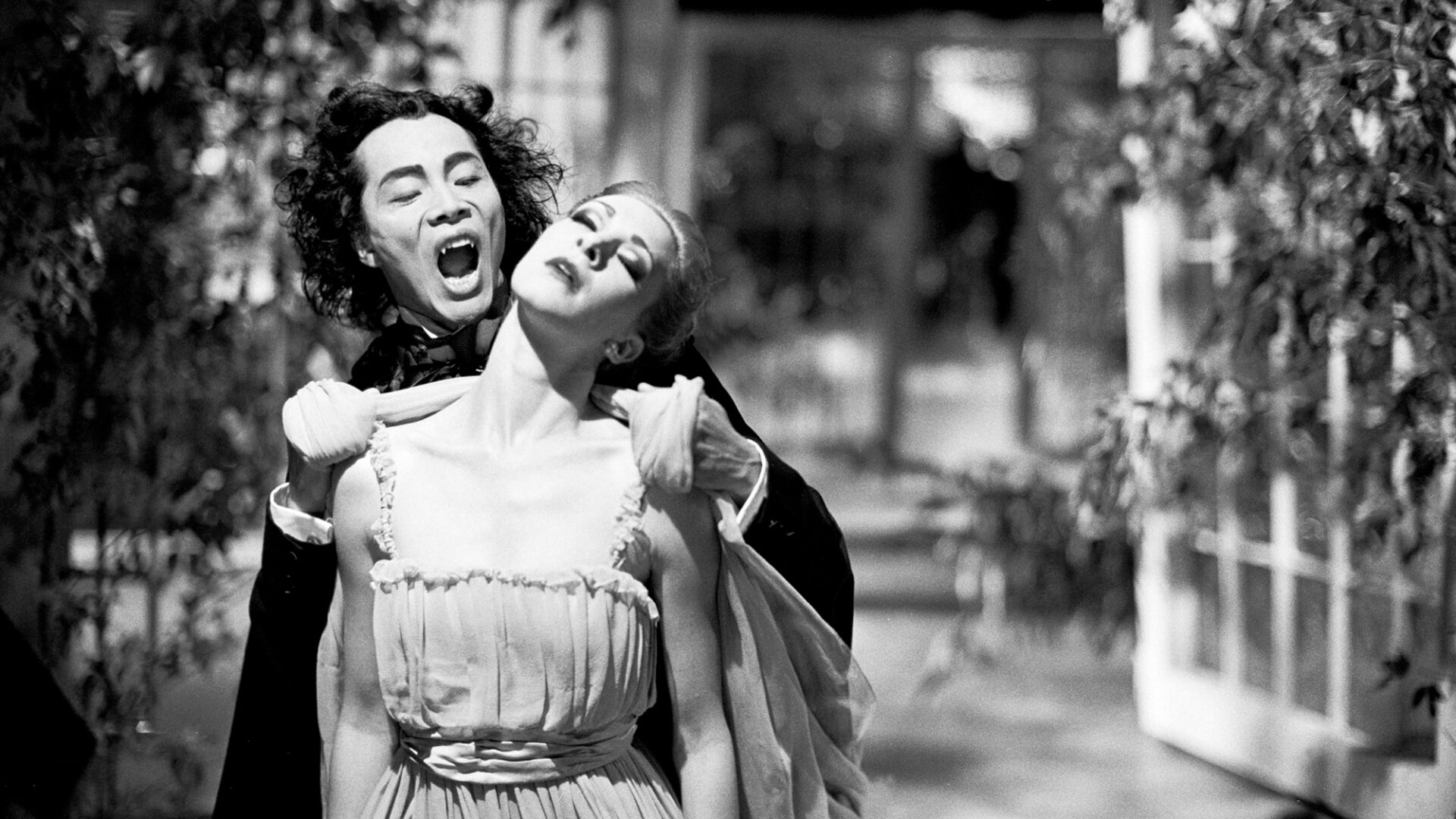 Beautifully transposing the Royal Winnipeg Ballet’s interpretation of Bram Stoker’s classic vampire tale from stage to screen, cult auteur Guy Maddin serves a sumptuous, erotically charged feast of dance, drama, and shadow. The black-and-white and blood-red-punctured Dracula: Pages From a Virgin’s Diary is a Gothic Grand Guignol of the notorious Count and his victims, fringed with the expressionistic strains of Gustav Mahler. Dracula was originally made for television, and went on to win both an International Emmy and Gemini Awards. Following its success at film festivals around the world, the piece was transferred to 35mm film and released theatrically to great acclaim. ​“A phantasmagoric movie … Maddin has discovered a new kind of cinema, the welding of silent-film technique, avant-garde imagery, and 21st century technology” (Bruce Diones, The New Yorker).

“Arguably the finest adaptation of Bram Stoker’s novel ever filmed … A gorgeously expressionistic fantasia that will appeal even to viewers with zero interest in ballet.”

“A 75-minute tour de force … When [director and performer] are in synch, it can be magic, and magic strikes twice here.”