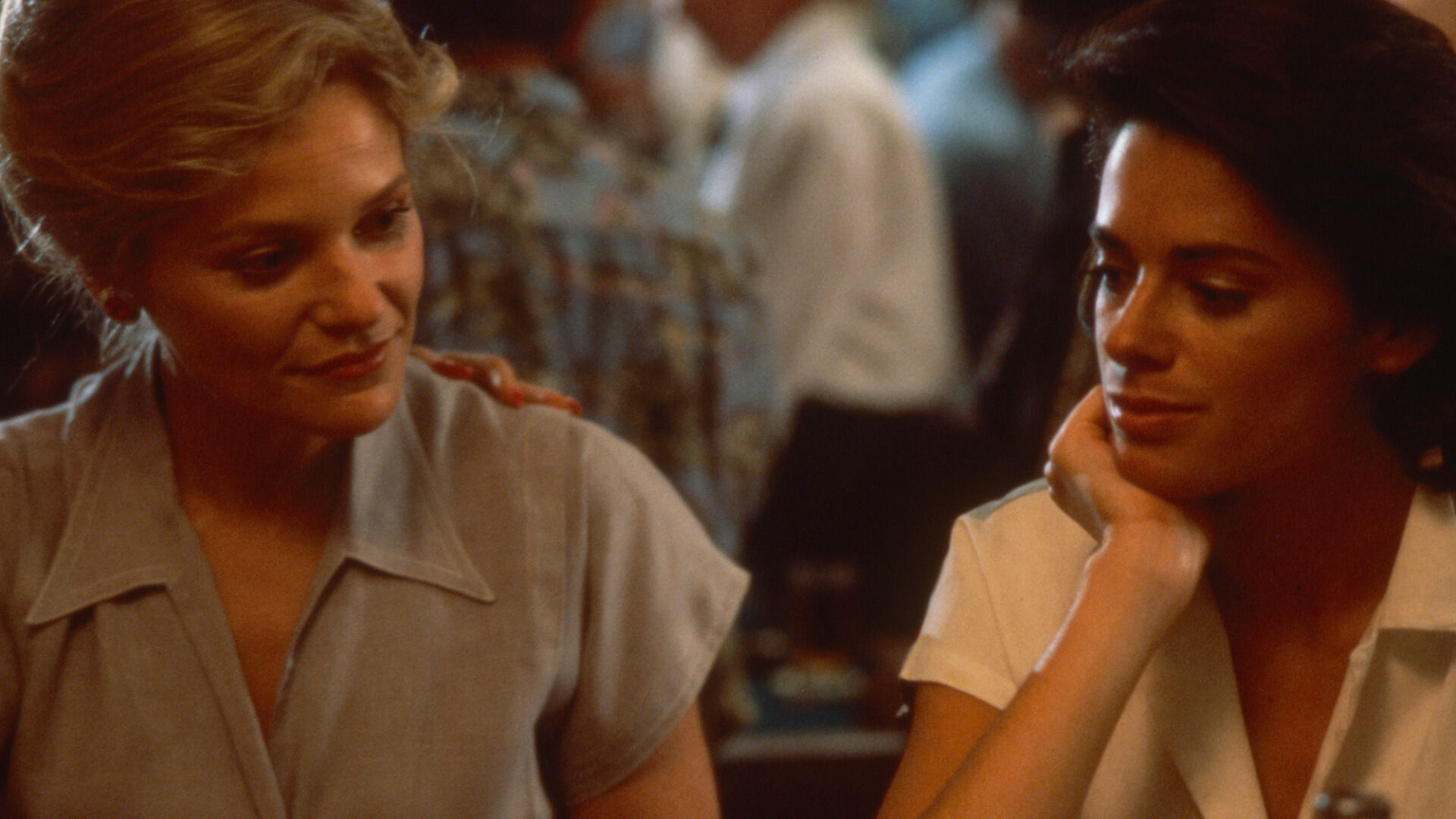 “A sapphic touchstone … Falling in love is never pathologized or diminished in Deitch’s film but rather celebrated to the fullest.”

Two lonely, complex women—Vivian, the cautious professor (Helen Shaver), and Cay, the impulsive ranch hand (Patricia Charbonneau)—fall in love against the dusty-pink, quickie-divorce backdrop of 1950s Reno, Nevada. An adaptation of Jane Rule’s 1964 novel Desert of the Heart, director Donna Deitch’s film came into being amidst her relief and fascination with a queer female-centric story that didn’t find its emotional peak in ​“a bisexual love triangle,” or, more bleakly, suicide. Released six years before Thelma and Louise provoked controversy over its lesbian subtext, Desert Hearts overtly explores female intimacy and the conflicting desires for love and safety in a dangerously unfriendly world. Although its initial release was met with incredibly lukewarm critical reception from major publications, the film surpassed box office expectations amidst queer feminist critical speculation that this was a ​“radical” and a ​“groundbreaking” film for displaying graphic, but not overtly sexualized or demonized, queer female intimacy. – Shayna Warner

“An astonishingly polished and nuanced first film. It deserves to be celebrated.”