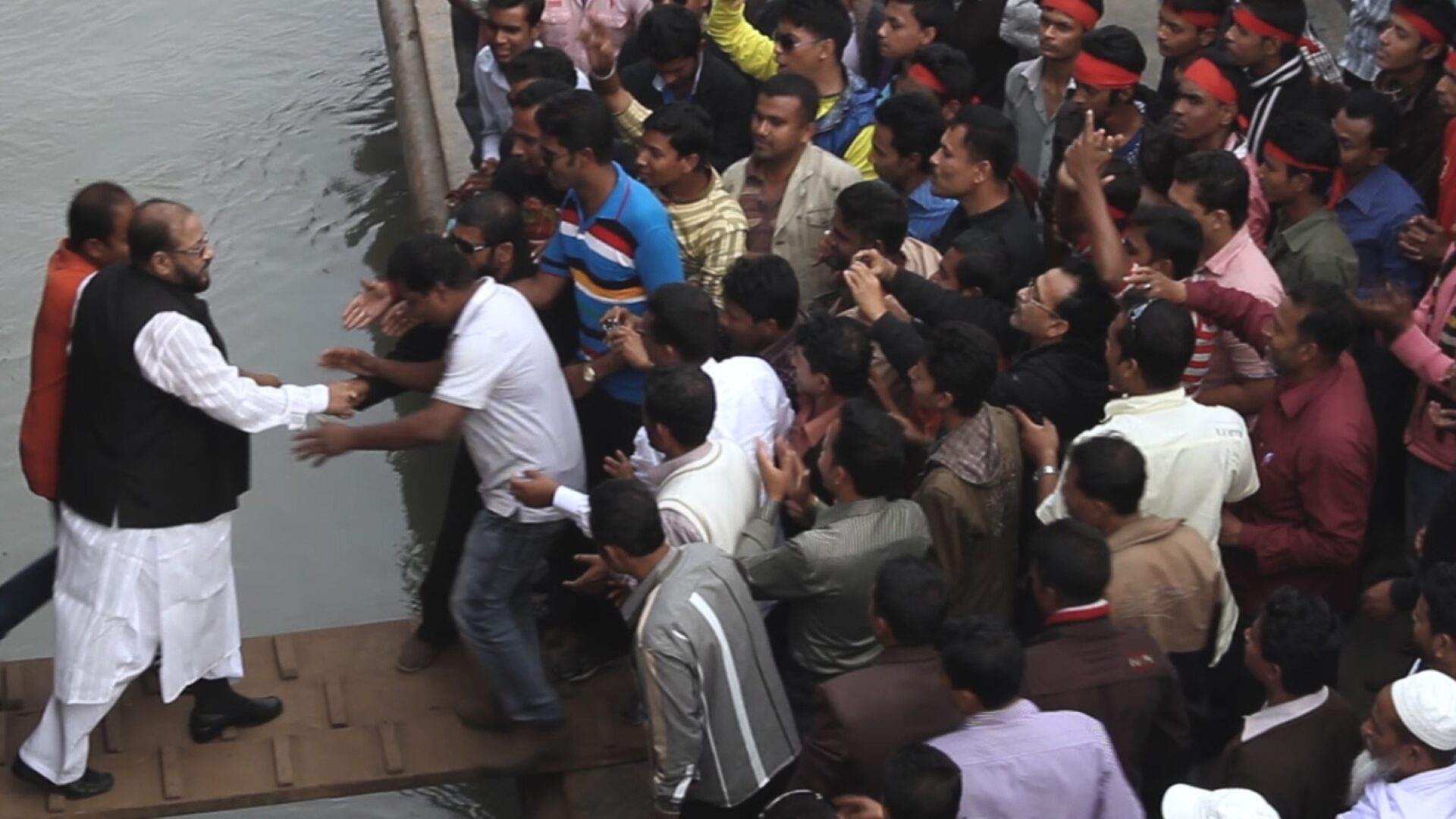 “Delightful… Simon documents the journey with both geographical and sociopolitical fascination, drinking in the scenery while wryly observing the tangle of classes, castes and character types on deck. The loose, entertaining result is equal parts leisurely travelogue, observational social study, and droll real-life comedy of errors.”

The Rocket—actually a rather placid paddle steamer—has been ferrying rich and poor through the wide, slow, shallow rivers of Bangladesh for the best part of a century. Kamar Ahmad Simon’s kinetic and artfully chaotic film is a travelogue with staged elements. In this hybrid fiction blended with reality, actors impersonate student journalists who record an interview with a couple of government politicians (also actors); a YouTuber vlogs his journey with manufactured rapture (cinephiles may think of Geraldine Chaplin’s BBC reporter in Altman’s Nashville); and a deck passenger angrily confronts the steward blocking his access to toilets reserved for the cabin class. If Simon has laced this two-day odyssey with sociopolitical commentary, you could be forgiven for taking everything at face value: the movie has the electrical charge of observational documentary, the camera drifts across faces, personalities, landscapes, jokes, squabbles, songs, and then moves on. It’s a snapshot of an entire country, so vivid you can smell it.