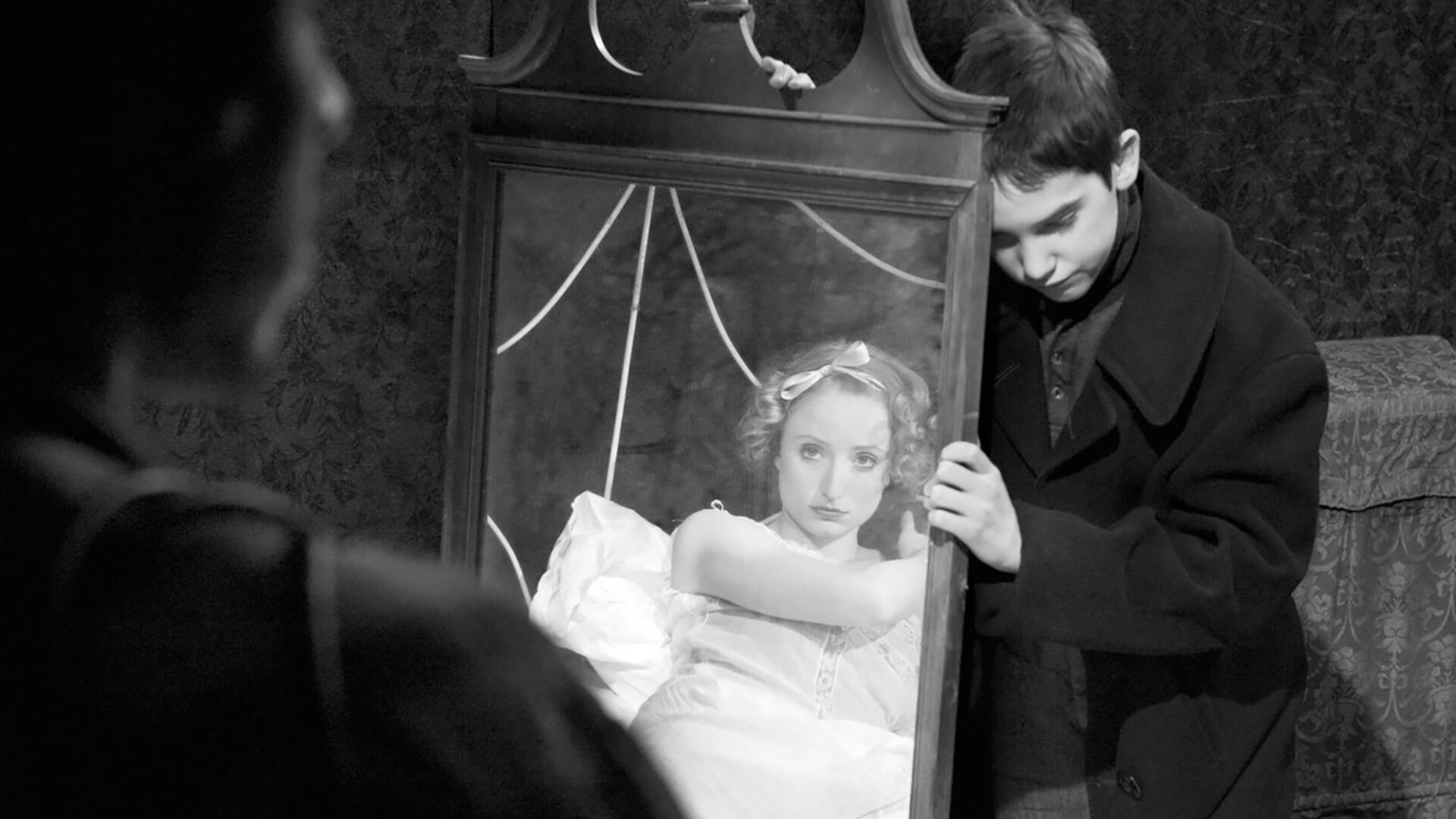 “Nuttily wonderful … Once again, Maddin has ransacked film history and his own delirious imagination to create a work like none other.”

Manitoba maverick Maddin made this mock silent serial, a deranged work of psychosexual faux autobiography and the second installment of his ​“Me Trilogy,” in Seattle. A house painter named Guy Maddin returns after thirty years to the mysterious island of Black Notch, where he grew up, and where he has come to paint the lighthouse in which his parents once ran an orphanage. The visit conjures up feverish memories of Guy’s fantastically dysfunctional childhood. A labyrinthine tale unfolds involving the hero’s sexually budding teenaged sister; their tyrannical, telescope-spying mother, obsessed with her children’s chastity; their workaholic scientist father, who may be conducting devious experiments on the orphans in their care; and two celebrity teen detectives, who arrive on the island to investigate. Maddin’s famed gift for early-cinema aesthetics and over-the-top melodramatics is masterfully evident; the film mixes Freud, Feuillade, Expressionist horror, and personal apocrypha into one very warped ​“remembrance in 12 chapters.” The narration is by Isabella Rossellini.

“Winnipeg’s Master of Straight Camp … Because his tongue is planted so firmly in his cheek that it threatens to penetrate the flesh, he can deal with material that might give even David Lynch cold feet.”

“Densely composed and outrageously Freudian … Offers the kind of phantasmagoria that exists only in the mind of a playful visionary.”