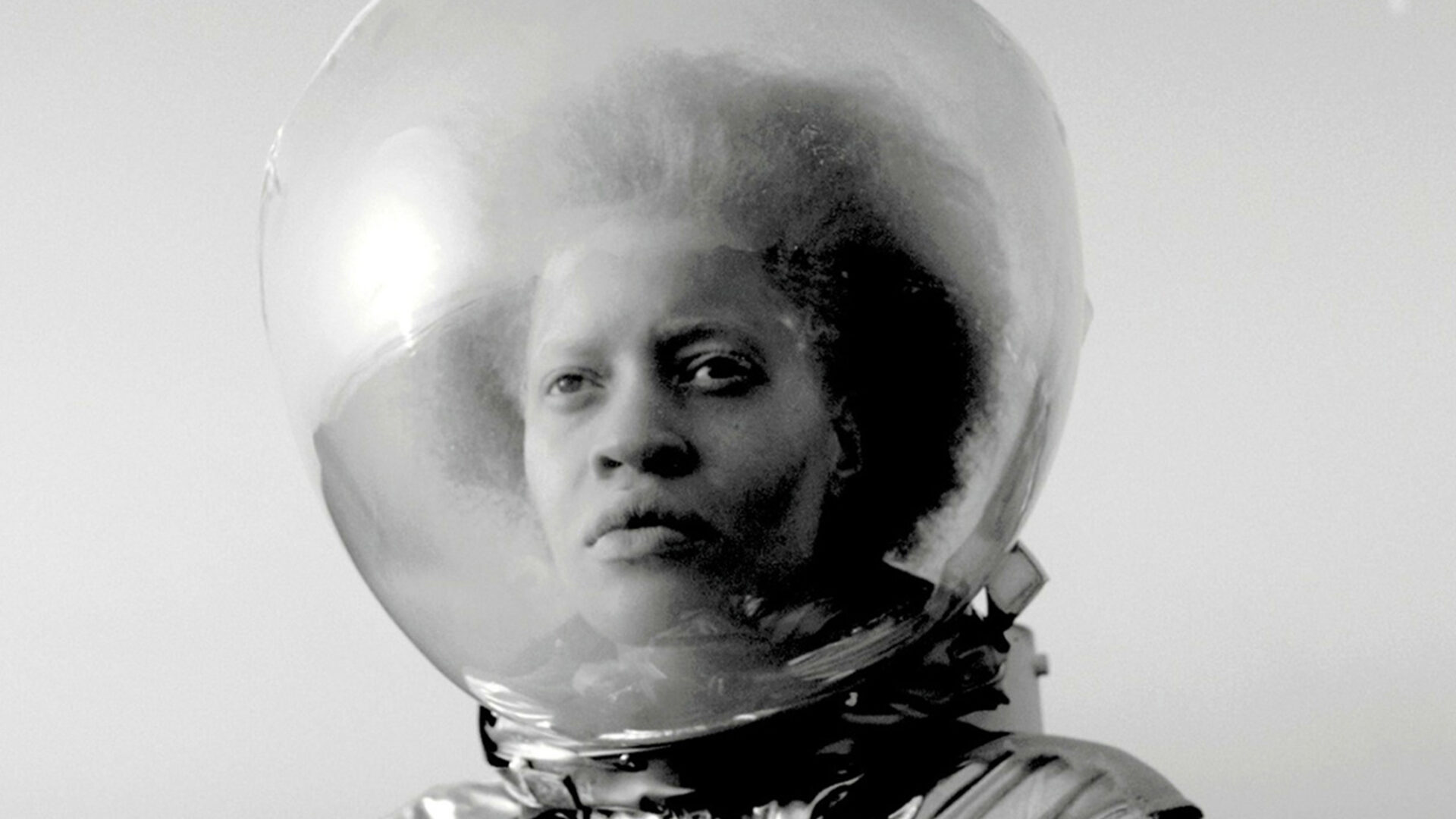 The works in this program see Earth’s future through an African lens. The disembodied voice in Relic 0 delivers the prologue: an account of postcolonial traumas that seeps into the soil around colonialism’s ruins, ushering in a relic traveller from the future. Afronauts unearths a story whose truth is stranger than fiction. NASA is readying Apollo 11 for launch, unaware that thousands of miles away Zambia has entered the space race, vying to beat both the United States and the Soviet Union to the moon—with a teenage girl at the helm. In Pumzi, survivors of global water wars remain on permanent lockdown in a sealed environment, kept quiet with dream suppressants, until a mysterious package arrives at the Virtual Museum of Natural History. The sun warps time for the model shooting a sunscreen commercial in Black Beauty. Hypnotized by endless retakes, she falls into a reverie of herself as a 1980s talk show host discussing climate change, pandemics, migration, and the fluidity of time with Jorge Luis Borges.

Introduced by Olumoroti Soji-George, an emerging curator, film theorist, and writer. He is curator of BLAC Arts Centre, Surrey, and programming coordinator at Gallery Gachet, Vancouver.