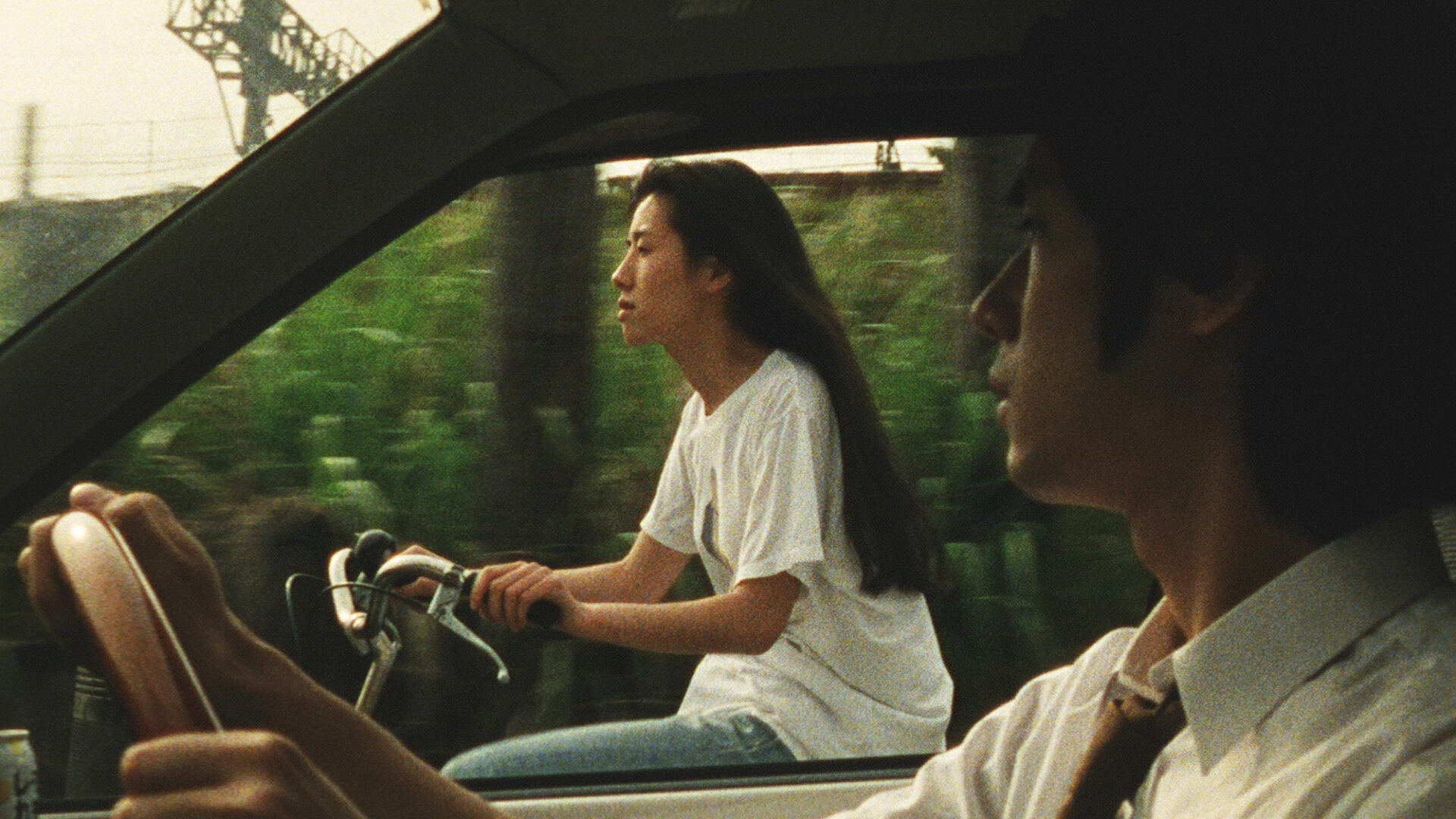 “A must see … [A] fascinating and neglected film.”

Earning comparison to the searing domestic dramas of John Cassavetes, Japanese writer-director Suwa Nobuhiro’s remarkable sophomore feature is an unblinking portrait of a couple’s slowly imploding relationship. Nishijima Hidetoshi (Drive My Car), in one of his earliest roles, plays an out-of-work actor living in a shoebox apartment with his girlfriend (Eri Yu), a salesclerk supporting them both. Their relationship turns toxic when he unexpectedly proposes marriage, triggering a chain reaction of erratic behaviour and emotional abuse. Suwa and cinematographer Tamura Masaki (Tampopo) capture the mercurial proceedings with a deft combination of fixed and handheld camerawork. The film’s boldest conceit has the couple periodically answering questions posed by an off-camera interviewer (presumably Suwa himself). These interruptions reframe the movie as (faux) documentary, adding a fascinating wrinkle to a work developed through improvisation and without script. Newly restored for its 25th anniversary, 2/​Duo returns to Vancouver for its first engagement since VIFF 1997.

“A low-budget first feature with an exemplary grasp of what it’s doing (and why it was worth doing in the first place) … Remarkably moving.”