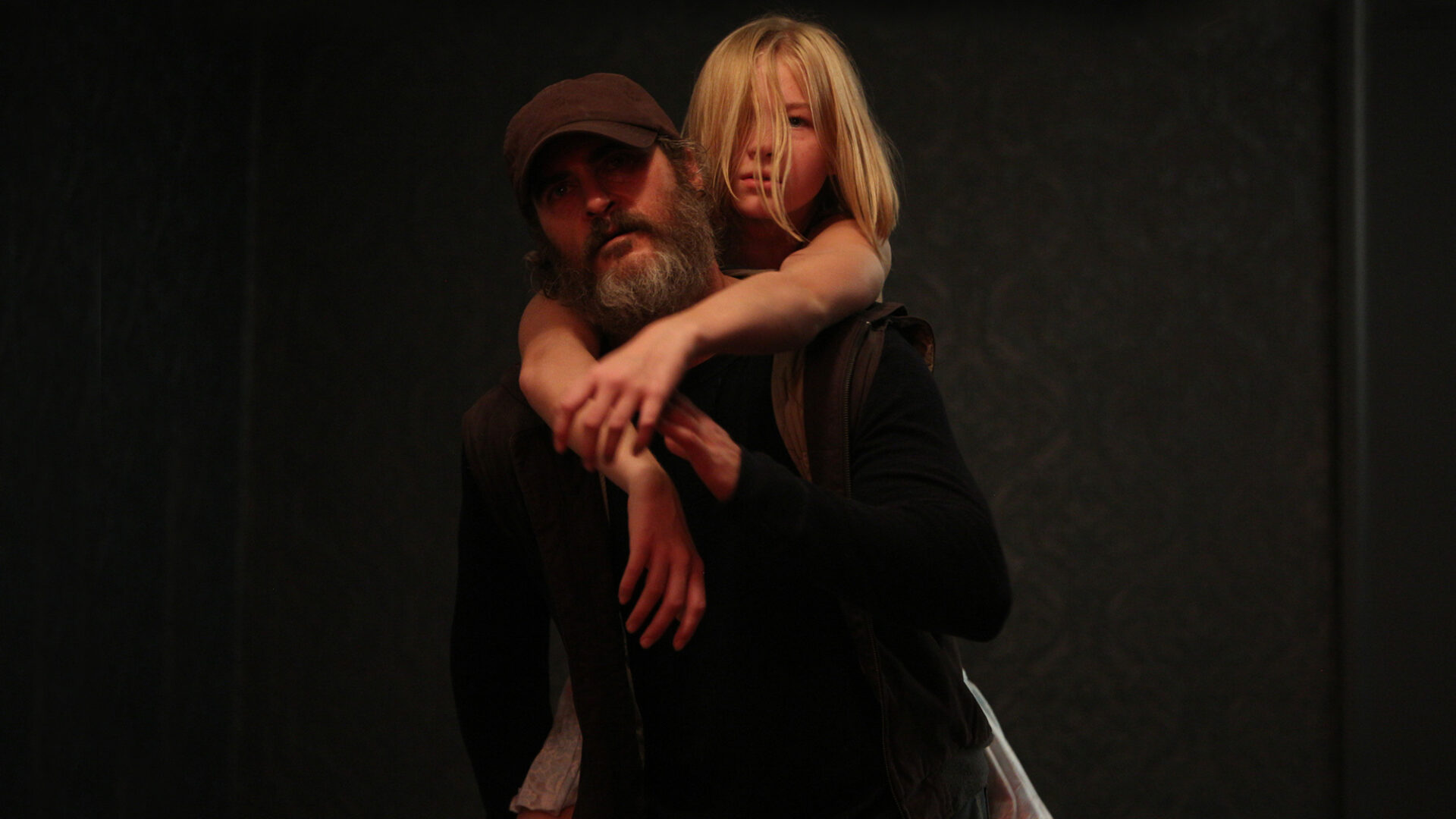 “A head-spinningly accomplished work that reconfirms Ramsay as one of the most thrillingly distinctive and daring filmmakers of her generation.”

Scottish auteur Lynne Ramsay won Best Screenplay at Cannes for this savage, spare portrait of a troubled hitman ensnared in a grisly cover-up. Told in Ramsay’s distinctive fractured style—where the past is constantly, violently crashing into the present—this elliptical adaptation of Jonathan Ames’s 2013 novella tracks a job-gone-wrong for Joe (Joaquin Phoenix), a grizzled gun for hire and traumatized war veteran who specializes, with brutal efficiency, in rescuing trafficked girls. When his latest assignment, the retrieval of a missing 13-year-old (Ekaterina Samsonov), uncovers a child prostitution ring involving a state governor, Joe enters into a bloody storm of vengeance that endangers him and those he holds close. Phoenix, named Best Actor at Cannes, is brilliant as the husky, hard-boiled anti-hero, tortured by scars that have him spiraling toward oblivion. Jonny Greenwood’s dissonant score mirrors Ramsay’s off-kilter cuts and jarring narrative gaps. A taut, intoxicating triumph.

“A stunningly lean and intense avenger noir … This is a wholesale and exhilarating reimagining of genre.” Kate Stables, Sight and Sound

Commissioned for the 2012 Summer Olympics in London, this arresting, experimental black-and-white tone poem depicts a young man (Tom Litten) swimming across the waterways of Britain. Winner of the BAFTA for Best Short Film.