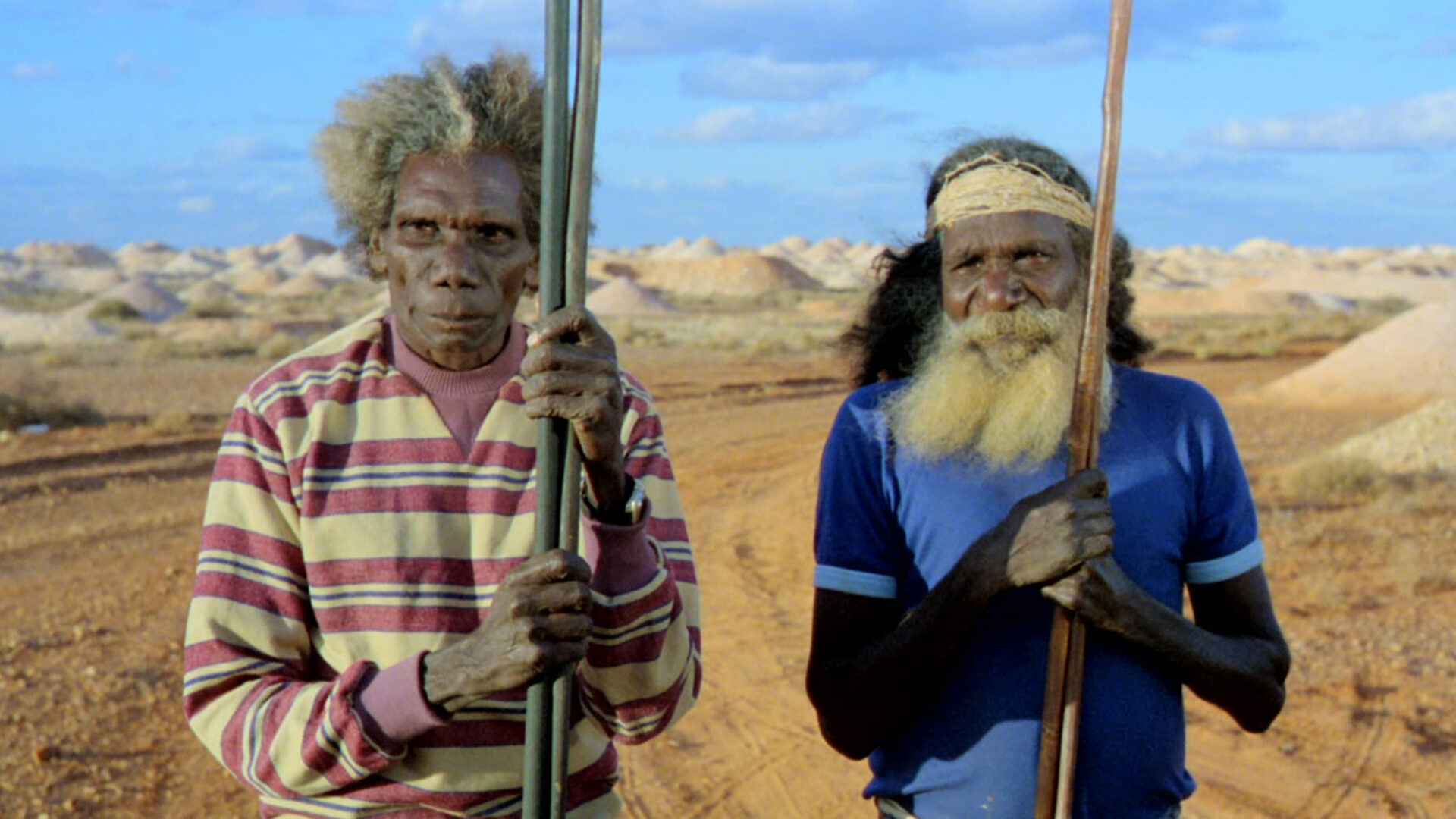 “Beautifully photographed, full of creative insight … This film conclusively answers the question whether Herzog is a romantic or a realist. He’s both.”

Werner Herzog’s fiction-feature follow-up to Fitzcarraldo was this English-language dramedy shot on location in the Australian Outback. Offering a topical variation on a favourite Herzog theme, the clash of ​“civilization” and its outsiders, the film depicts the confrontation between the representatives of a mining company searching for uranium and a group of Indigenous Australians intent on stopping them. The land in question, the Indigenous locals say, is sacred: it is where the green ants dream, and is essential for the world’s survival. The tale was partly based on the Gove case, an historical Australian land-rights battle. Lead actors Wandjuk Marika and Roy Marika, both of the Rirratjingu clan of the Yolngu people, were land-rights activists involved in that case. Herzog drew some criticism for the film’s lack of subtlety, and for his invention of its eponymous myth. Where the Green Ants Dream won West Germany’s top film prize in 1984.

“Full of moments of inspired craziness and wisdom … It’s another fascinating, sometimes maddening chapter in Herzog’s continuing obsession with the fate of the earth.”