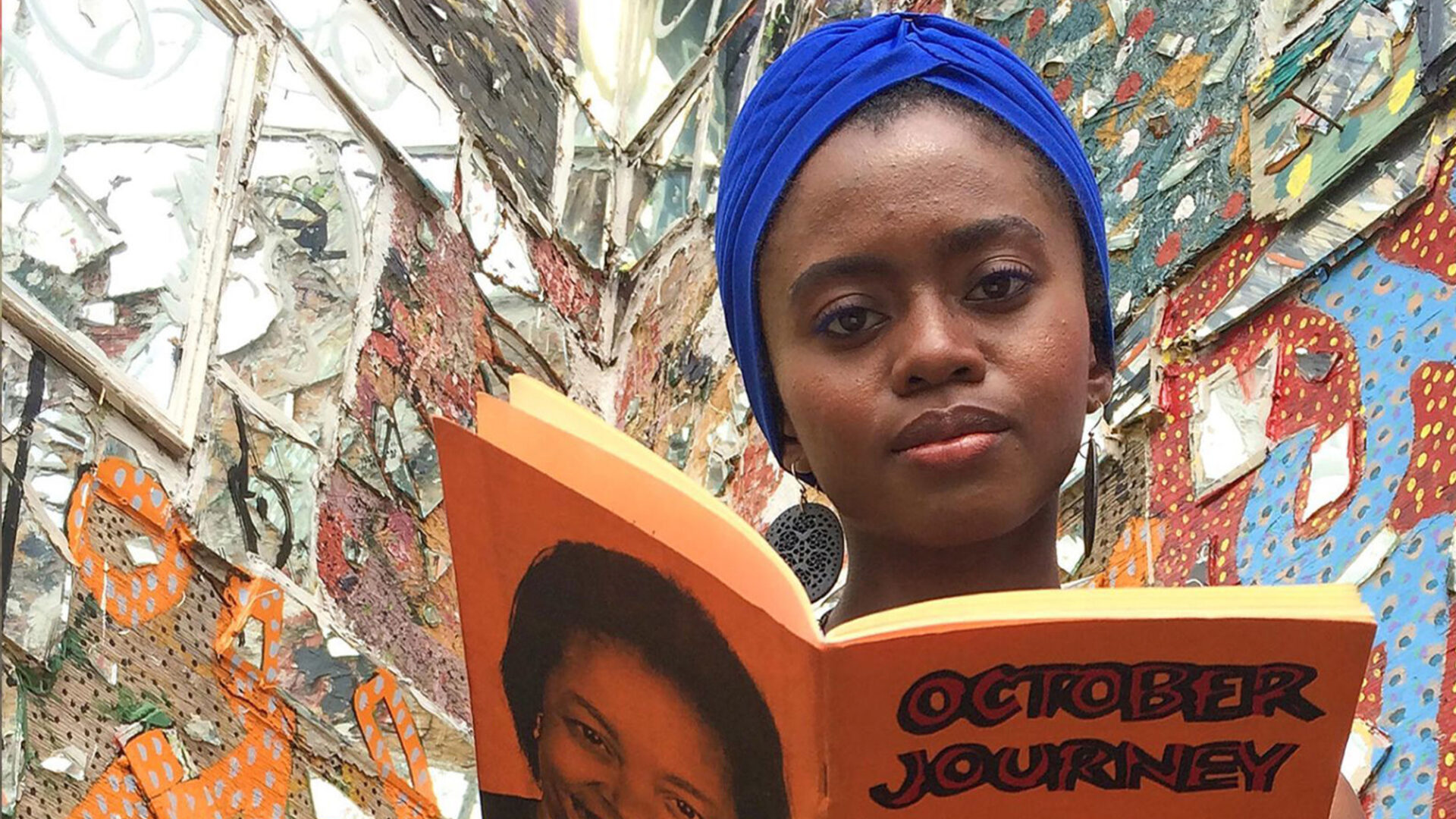 “Remarkable … Asili’s work is critical and speculative, listening intently to the resonances of words and gestures that span centuries and oceans.”

In this first installment of Asili’s ​“Diaspora Suite,” the wanderings of a Black man (Julian Rozzell Jr.) through the streets of Harlem, New York are crosscut with footage of Ethiopian cities and villages. A staged episode in a woman’s apartment forecasts the influence (and colour palette) of ​’60s Godard on The Inheritance.

Filmed in Salvador, Brazil (the final stronghold of slavery in the Western world) and Harlem, U.S.A., this captivating eight-minute short juxtaposes summer days in those distant cities and features an improvisational score by American jazz musician Joe McPhee. The title is borrowed from James Baldwin’s 1951 essay.

Named after the sacred mango tree that symbolizes kinship and community in Jamaican Maroon culture, Kindah relates the history of rebel slaves and their victorious battle for independence in the Jamaican village of Accompong, with visuals oscillating between Accompong and Hudson, New York. The drum-and-woodwind score is by Asili.

The final and most substantial short in ​“The Diaspora Suite” weaves open-air readings of seminal Black poetry with footage tracing the Detroit-Windsor route of the Underground Railroad. A recording of Margaret Walker’s poem ​“Harriet Tubman,” recited by the author herself, forms the spine of the spoken-word soundtrack.