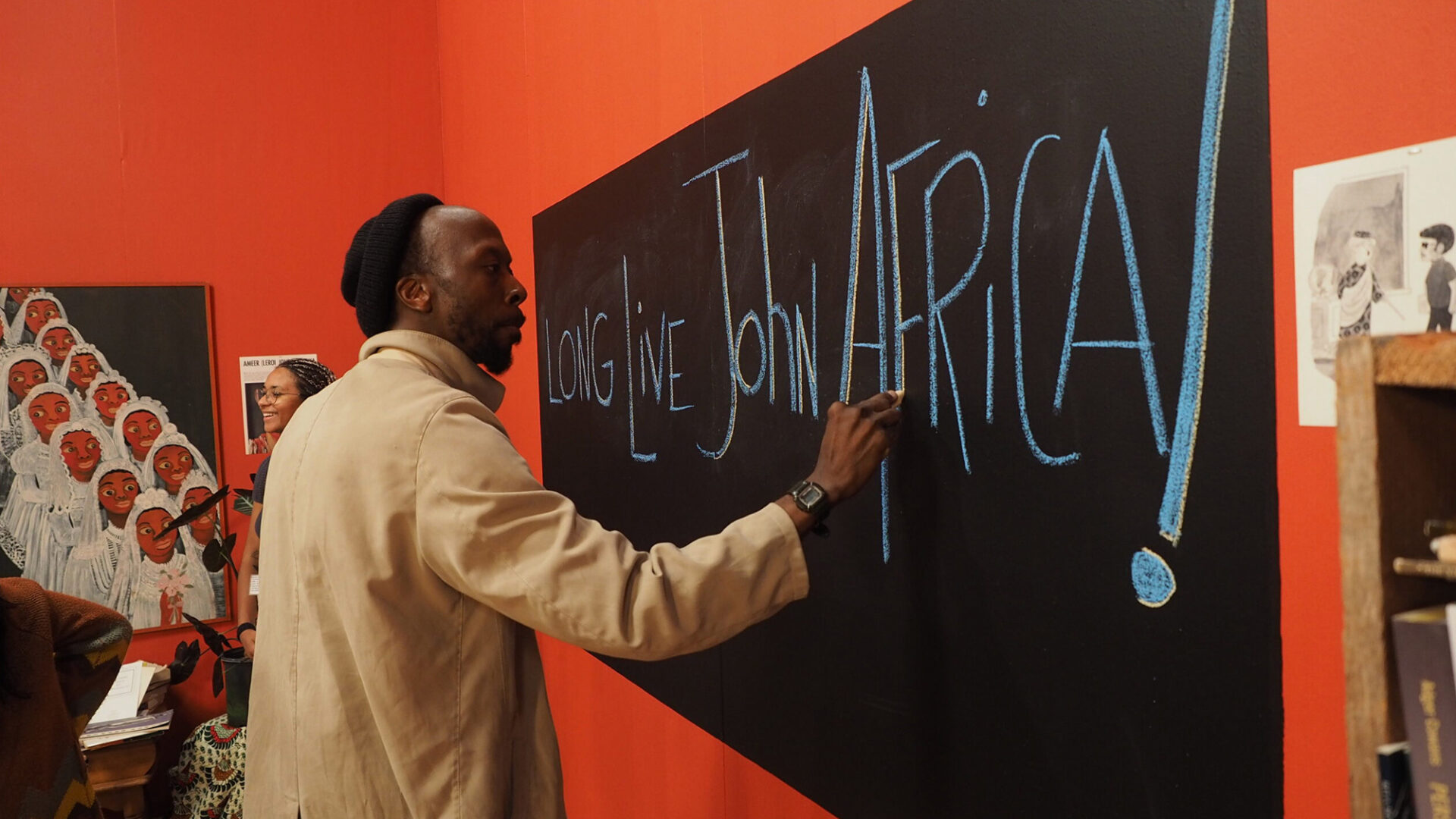 “One of the year’s best movies … [An] excellent debut … observed with warmth and playful humour, without ever losing sight of serious political purposes and the potential for poetry therein.”

In-theatre encore! This much-anticipated follow-up to Ephraim Asili’s acclaimed suite of films about the African diaspora is an innovative and exuberant dispatch from a consciousness-raising Black collective in West Philadelphia. Shot on expressive 16mm and loosely based on the director’s own history in a Black Marxist group, Asili’s dazzling, playfully didactic feature debut centres on a Philly twentysomething who inherits his grandmother’s home and, encouraged by his girlfriend, transforms it into a communal space for Black thought and self-care. From this ingenious premise, a revolving door of real-life Black educators, MOVE liberationists, and poet-activists (including Ursula Rucker and Sonia Sanchez) appear, edifying the housemates and viewer alike. Freely mixing scripted (often humourous) scenarios, archival footage, fourth-wall breaks, literature readings, musical performances, and homages to ​’60s Godard—La Chinoise in particular—Asili’s joyous and generous new film celebrates the legacies of Black radicalism in America while looking forward, with open-hearted optimism, to a new generation of enlightened Black agitators. The cosmic jazz of Sun Ra features on the stellar soundtrack.

“A joyous celebration of Blackness … The Inheritance is alive, drunk off the colours and textures of West Philadelphia.”