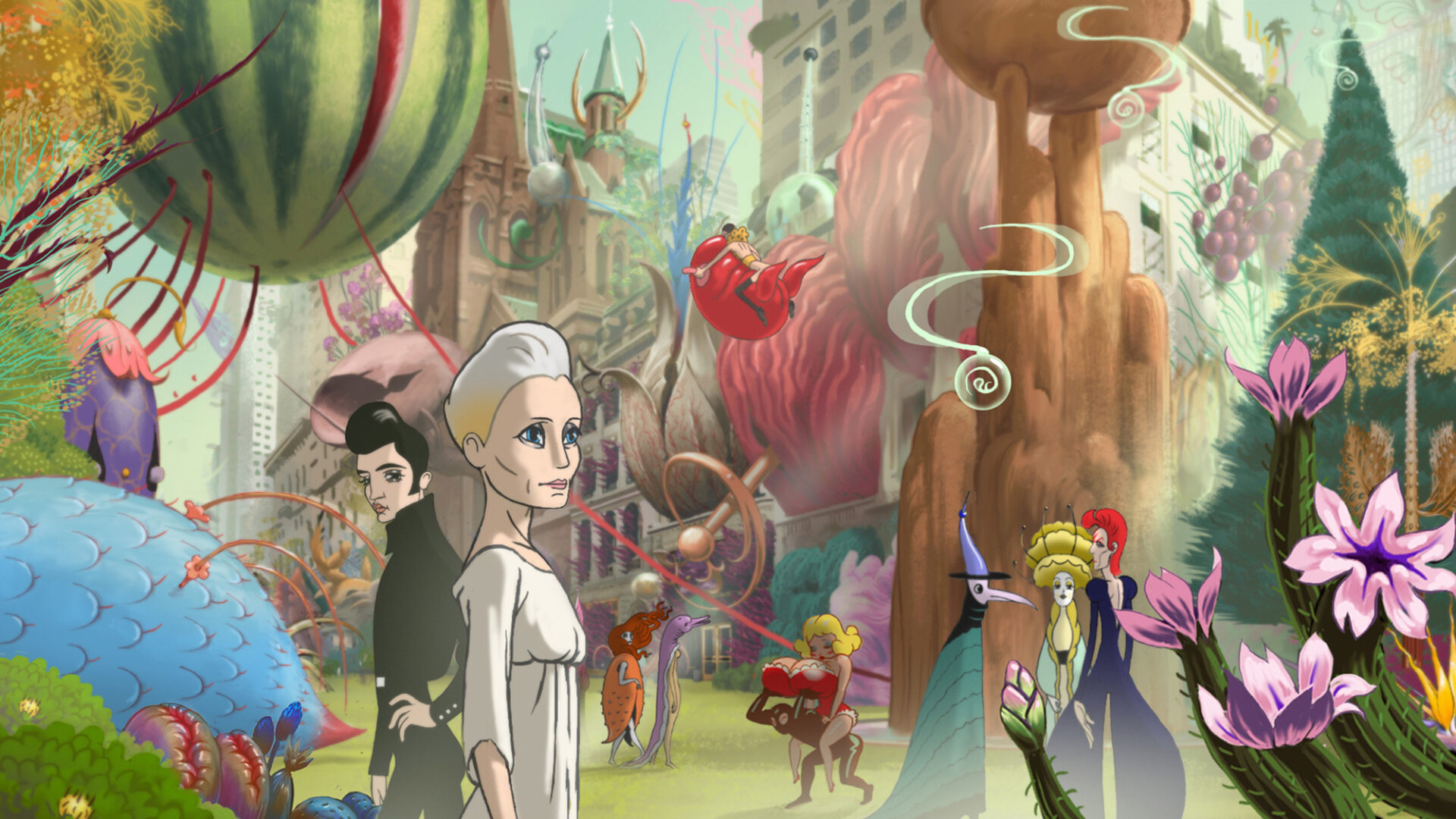 “A dystopian toon satire that evokes The Matrix by way of Who Framed Roger Rabbit, or Metropolis reconceived as a cautionary Hollywood nightmare.”

Director Ari Folman’s follow-up to his Oscar-nominated animated feature Waltz with Bashir (about Israel’s 1982 invasion of Lebanon) is a trippy, metacinematic mix of live action and animation, loosely based on Stanisław Lem’s 1971 novel The Futurological Congress. Robin Wright, playing a fictionalized version of herself, stars as Robin Wright, an aging actress whose Princess Bride glory days are far behind her. Unemployed, and needing money to care for her ailing son, she assents to an extraordinary deal brokered by her longtime agent Al (Harvey Keitel): she’ll licence her digital likeness, for use without restriction, to Hollywood’s Miramount Studio. Twenty years later, with Robin’s virtual avatar a global superstar and the original contract expiring, Robin is invited to attend Miramount’s Futurist Congress, an all-animated, alternative-reality conference where something sinister (and psychedelic) is afoot. With Paul Giamatti, Jon Hamm, and Danny Huston. In English.

“A spectacular achievement … A wholly original and thoroughly surprising fusion of sensory overload and liberal philosophy bound to confuse and provoke in equal measures.”