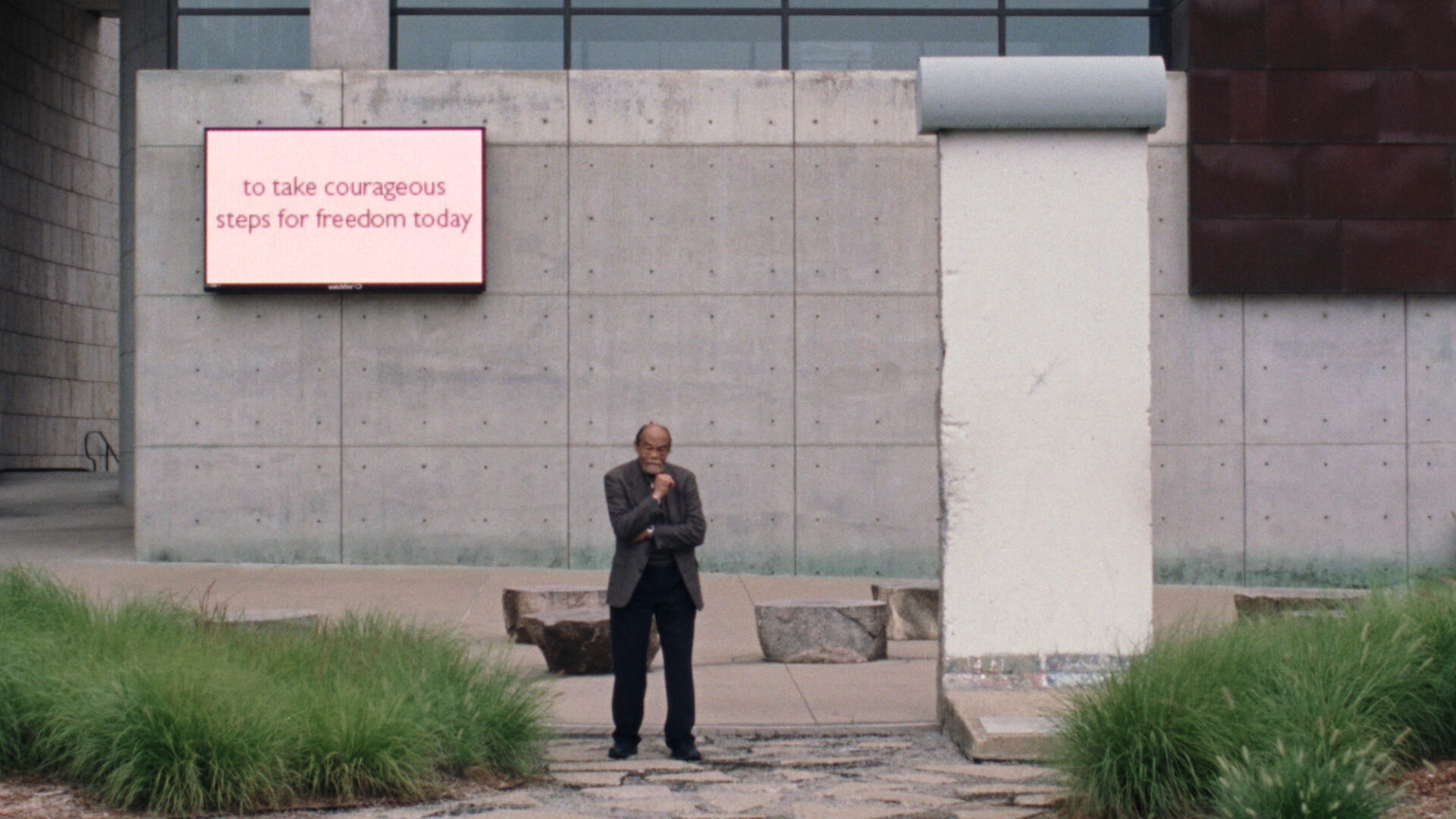 “One of the best films of 2020 … The explorations undertaken by the directors Courtney Stephens and Pacho Velez … turn a high concept into high political drama.”

In late 2016, on the heels of Trump’s presidential upset, filmmakers Courtney Stephens and Pacho Velez (Manakamana) set out to document the many sections of the Berlin Wall on display throughout America. The resulting film, shot over three years and forming a sort of cross-country scavenger hunt, is a captivating and curious exploration into why the Wall holds such symbolic power in the United States, and how these fragments of material history end up in public, and private, hands. Lost on no one, least of all the directors, is the palpable sense of a divided America in the aftermath of the election, with commentary by regional folk — owners, stewards, and spectators of the monolithic German slabs — tinted with concern (or comfort) at the prospect of another wall’s looming construction. Capturing forty-plus sites, each photographed, à la Manakamana, with a fixed 16mm camera, this artful, intelligent, compactly crafted documentary plumbs a nation’s fascination with monuments to the past, and the way that past, to summon Faulkner, is never truly dead. It’s not even past.

“Detached and incisive, wry and deceptively whimsical, The American Sector is a brisk lesson in how we often fail to learn from history because even the most concrete testimony is open to interpretation.”

“What might seem at first an inquiry into another nation’s story builds into a provocative illumination of all our histories, and of the here and now.”