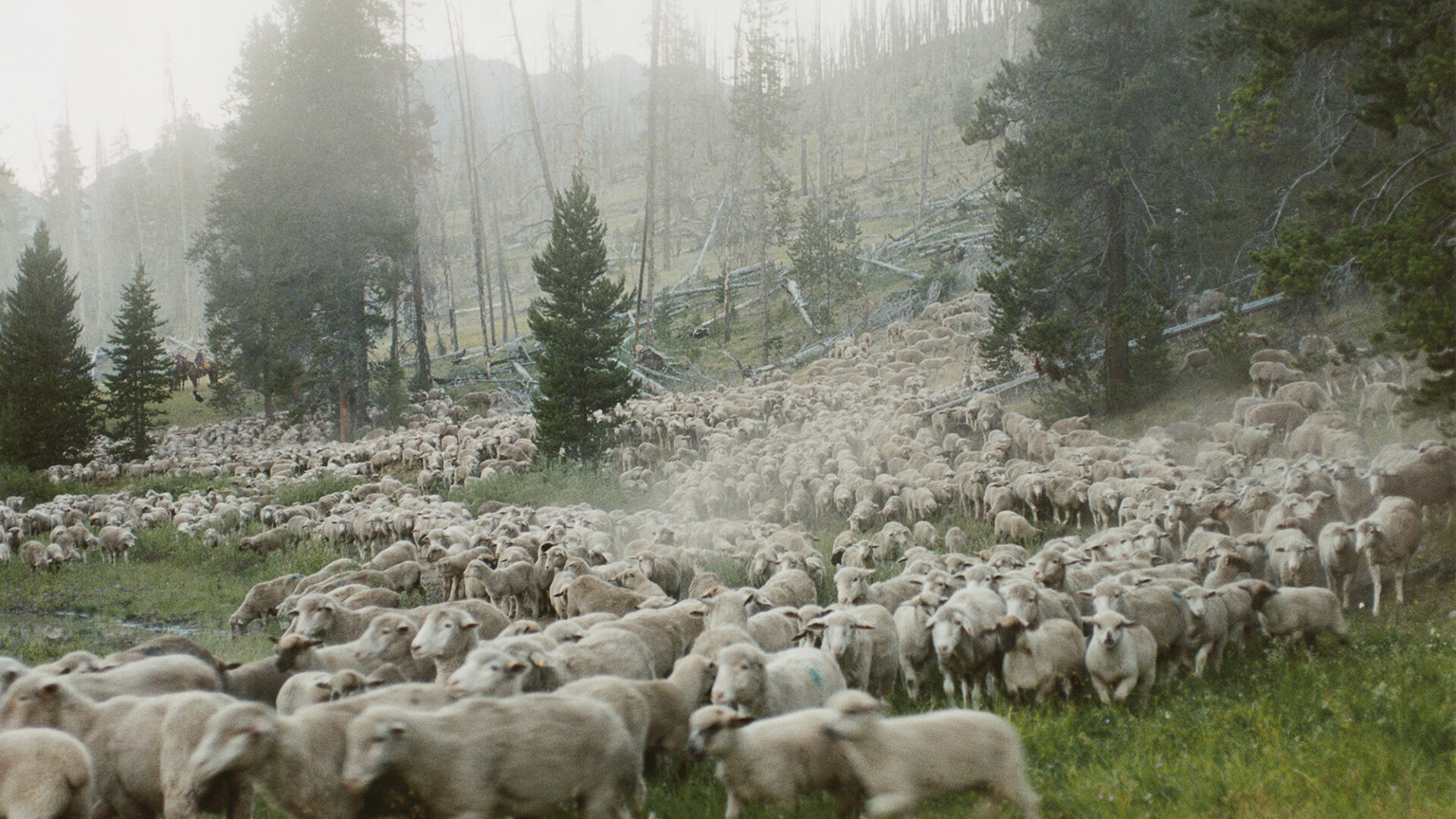 “Monumental … An anthropological work of art.”

The film that heralded the Sensory Ethnography Lab at Harvard as an incubator of rarified and aesthetically immersive documentaries, Sweetgrass offers a spare, stoic look at a vanishing way of life in the American West. Created over eight years by the husband-wife team of Lucien Castaing-Taylor and Ilisa Barbash, this beguiling documentary chronicles the arduous journey of the last American sheepherders to migrate their flock into Montana’s rugged Absaroka-Beartooth mountains for summer pasture. In carefully composed, unhurried takes, we witness the captivating merger of landscape and labour, humanity and nature, as the shepherds struggle to steer their convoy of some 3,000 noisy sheep through the wilds, and countless miles, of Big Sky Country. The film contains no narration, interviews, or score, yielding its mesmerizing power from unadorned observation and an almost haptic sense of embedded thereness. Wowing critics in 2009 with its visual grandeur and spellbinding minimalism, it returns in a brand-new restoration to mark its (belated) tenth birthday.

“A one-of-a-kind experience … At once epic-scale and earthbound.”

“A really intimate, beautifully shot examination of the connection between man and beast.”