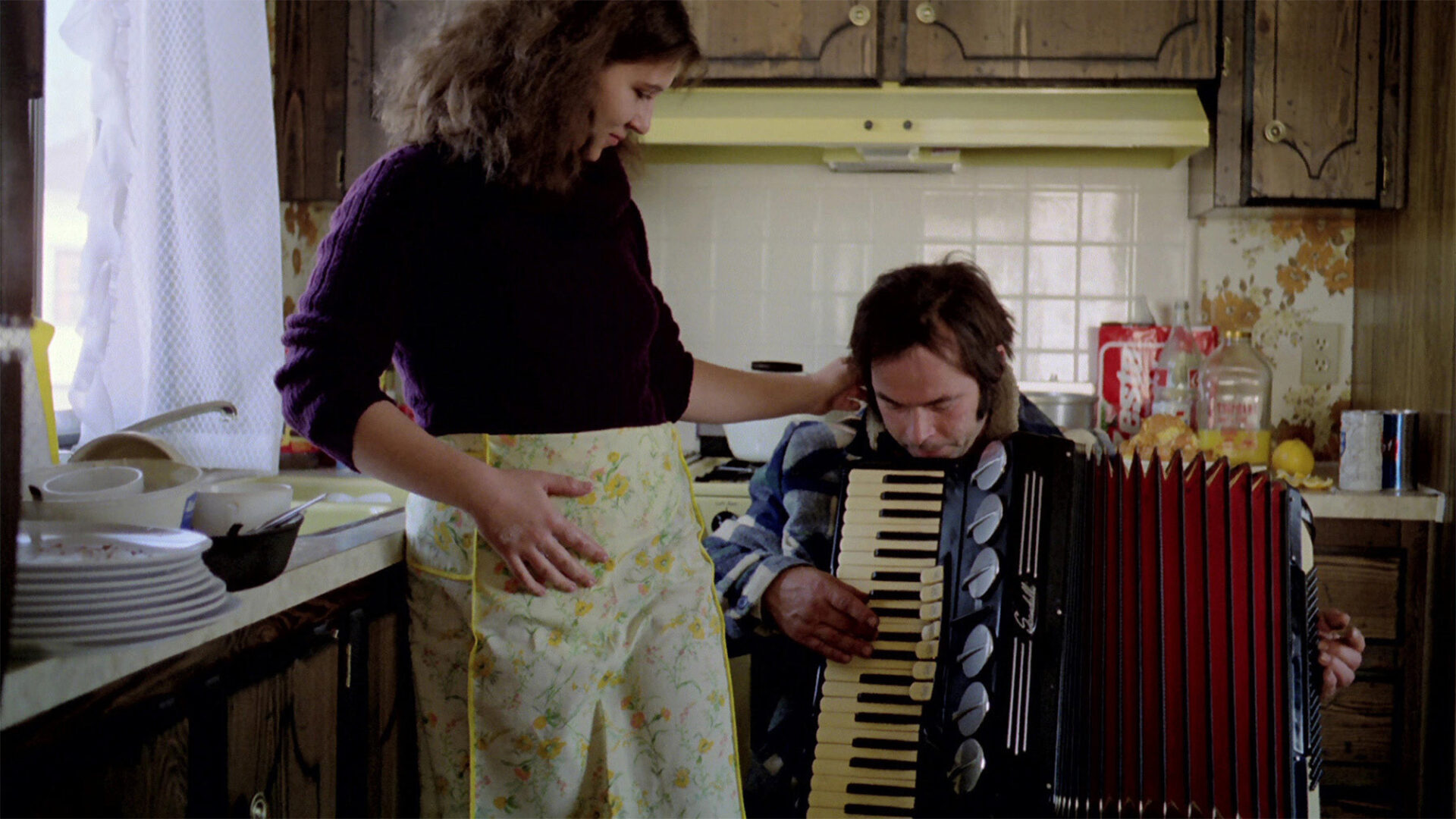 Werner Herzog turned a jaundiced eye on the United States—“the most exotic country in the world,” according to the director—in Stroszek, his second film (after The Enigma of Kaspar Hauser) to feature the strange, singular screen presence of non-professional actor Bruno S. Subtitled ​“A Ballad,” Herzog’s bitterly ironic, highly comic road movie chronicles the misadventures of three Berlin misfits—an ex-con (Bruno S.), a sex worker (Eva Mattes), and their elderly neighbour (Clemens Scheitz)—who set out for the Promised Land of America. What they discover is the grim reality of Railroad Flats, Wisconsin, where an American Dream of mobile homes, colour TVs, and junk food quickly turns sour. The evocative, metaphysical use of landscape for which Herzog’s films are noted is very much in evidence. Vancouver gets name-checked, and a dancing chicken makes an unforgettable appearance. Essential Herzog.

“One of the oddest films ever made. It is impossible for the audience to anticipate a single shot or development … Who else but Herzog would make [this] film?”

“Poignant and fierce …Herzog’s vision rises to a hectic pitch of absurdist tragedy.”