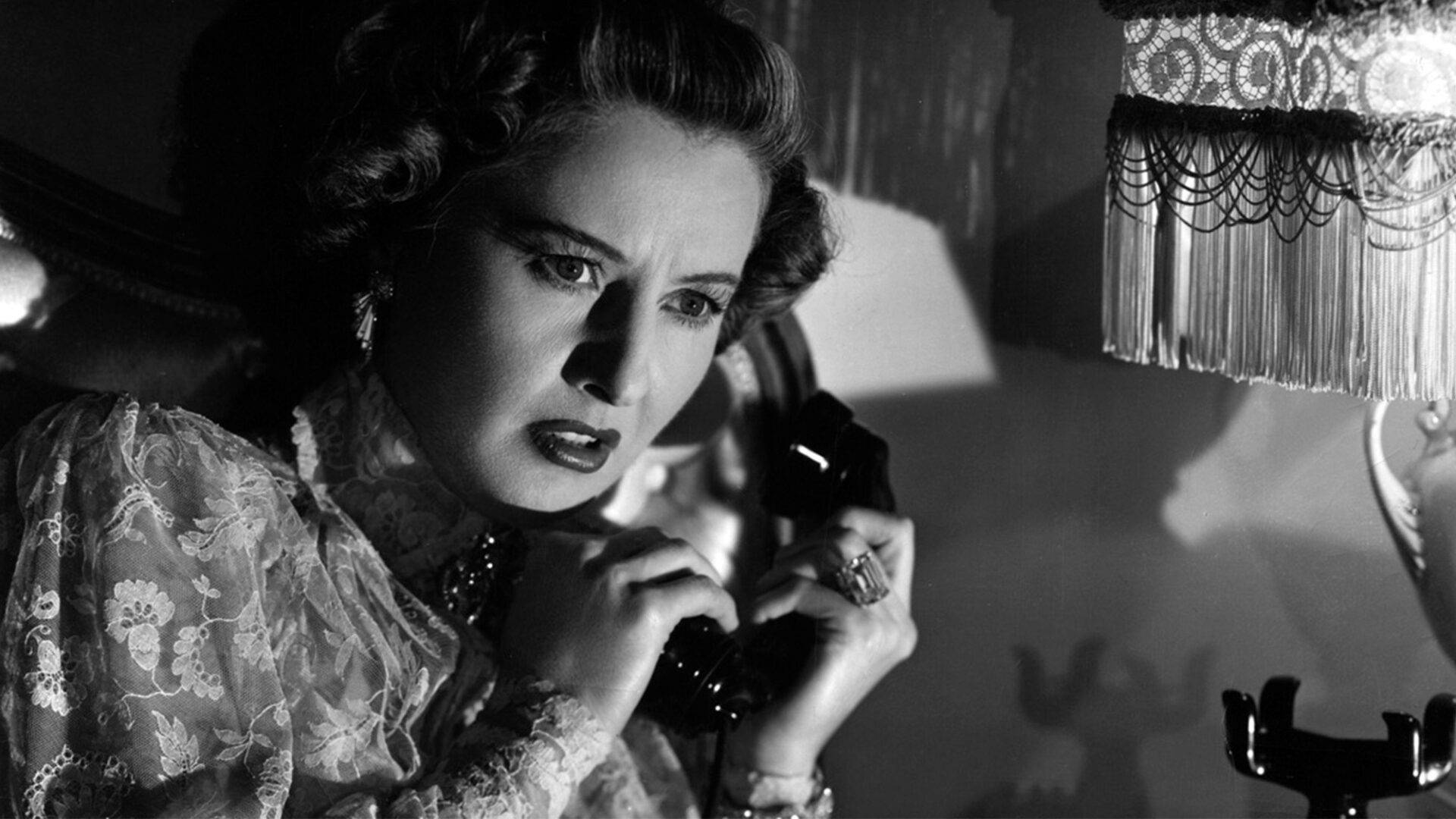 “One of the most effective and memorable suspense films of all time … Stanwyck’s riveting performance was one of the best and most memorable of her career.”

“His brute male force matched against her female fury!” Barbara Stanwyck and Burt Lancaster, both superb, are trapped in a dead-end marriage in this taut, suspenseful noir thriller. Stanwyck is neurotic New York heiress and hypochondriac Leona Stevenson, bedridden by her ailments; her only contact with the outside world is via telephone. Lancaster is her morose, milquetoast husband Henry, a businessman with big troubles. When Leona calls Henry at the office and the phone lines get crossed, she overhears two men plotting somebody’s murder. Panic sets in as Leona starts to realize who the intended victim is! The film, adapted from a popular radio play and stylishly directed by European émigré Anatole Litvak, employs real-time narrative (with some flashbacks), telephone calls, and a confined setting to gripping, edge-of-your-seat effect. Hitchcock (whose Suspicion treads similar ground) was a fan. Stanwyck’s stellar performance was Oscar nominated.

“Litvak’s camera paces Stanwyck’s bedroom like an accused man in his cell … Stanwyck’s metamorphosis from indolence to hysteria is brilliantly executed.”