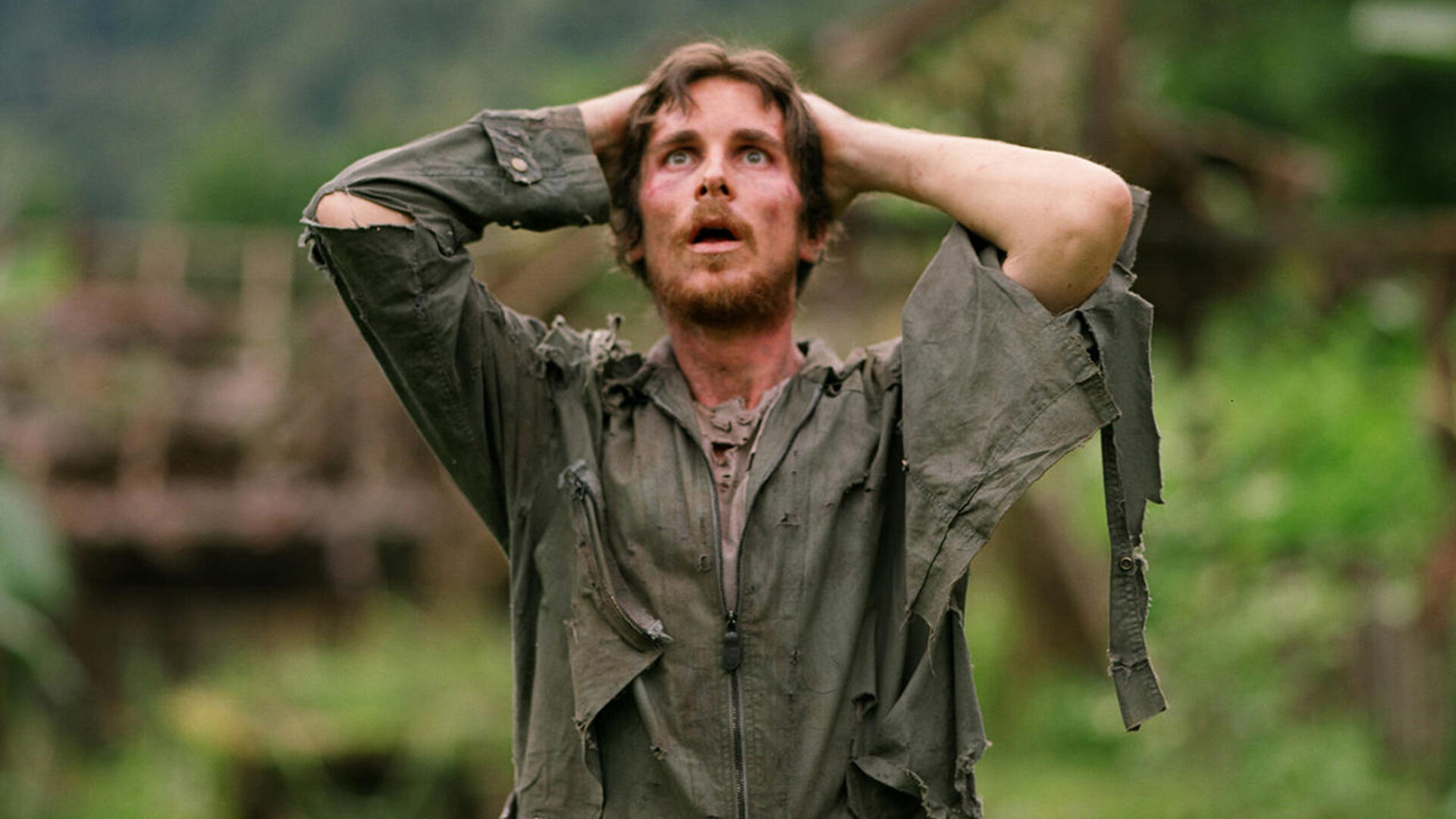 “[A] deeply compelling account of survival … It packs a wrenching emotional punch.”

A companion piece to his 1997 documentary Little Dieter Needs to Fly (also screening in this retrospective), Werner Herzog’s first film as a Hollywood director revisits the riveting true-life survival tale of Dieter Dengler. Christian Bale stars as the German-born U.S. fighter pilot who, in 1966, was shot down and imprisoned in Laos during America’s war in Indochina. Jeremy Davies and Steve Zahn play fellow POWs plotting an escape with Dengler after learning they will be executed. Bale, fresh off Batman Begins, shed a staggering amount of weight to depict the malnourished Herzogian hero. The movie was filmed in reverse chronological order; Bale’s character becomes thinner as the drama unfolds, but the actor was actually gaining back weight (which is easier and faster to do than losing it) over the 44-day shoot. Despite rave reviews, the MGM picture bombed at the box office. It endures as a highpoint in Herzog’s narrative-film output this century.

“A triumphant Werner Herzog movie … Out of a harrowing story set in a foreign thicket, Herzog has found American beauty.”

“A near perfect anti-art film from the arthouse filmmaker, with its smooth delivery of nail-biting plot and complex psychological characterisation … Riveting from beginning to end.”