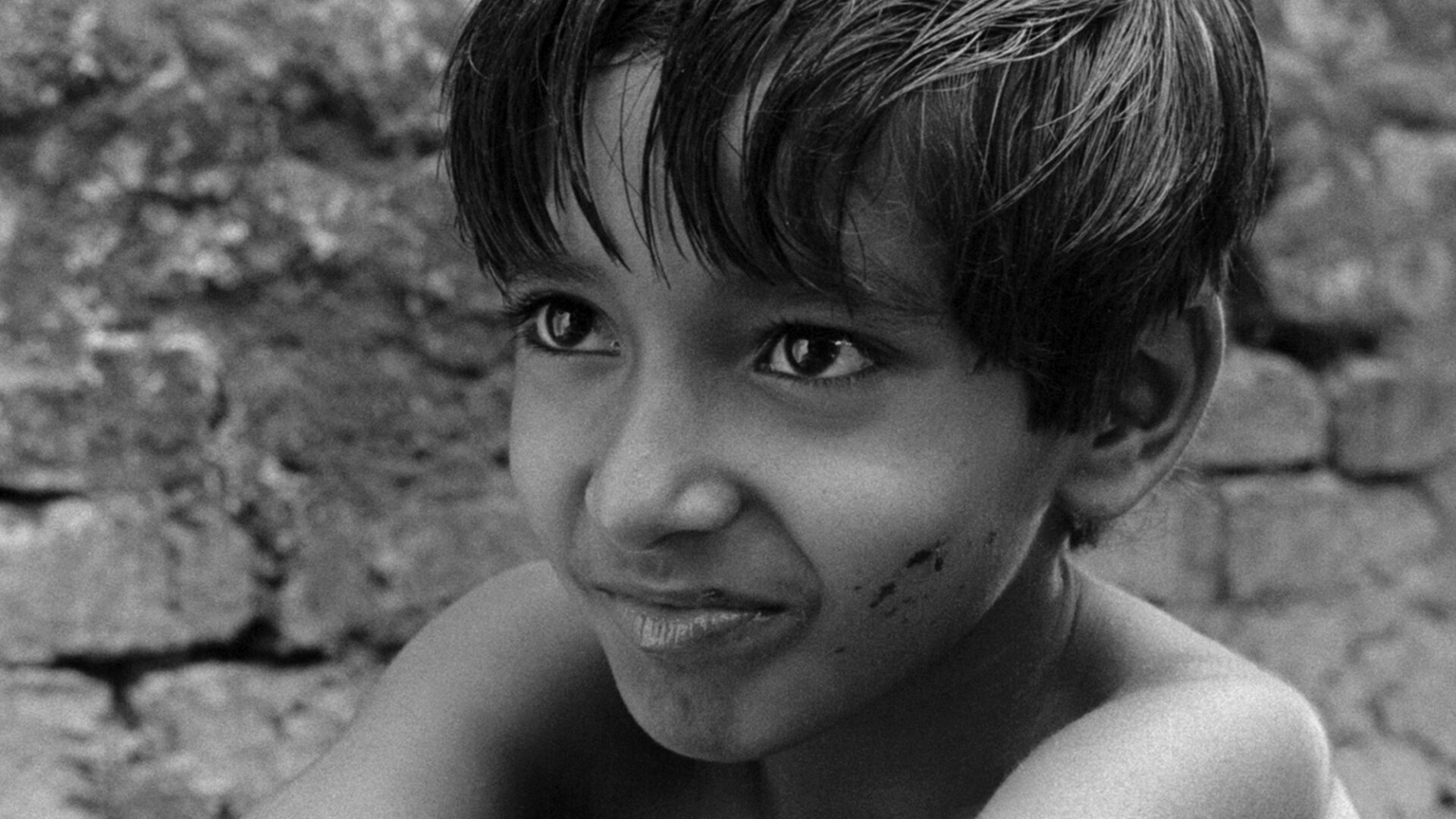 “One of the ten greatest films in the history of cinema … The last masterpiece of neorealism.”

Satyajit Ray’s unforgettable debut burst upon the Western film world in much the same way Kurosawa’s Rashomon had several years before: as a revelatory bombshell introducing a previously unknown national cinema. Based on a renowned autobiographical novel by Bibhutibhushan Bandyopadhyay, Pather Panchali is the coming-of-age tale of brother-and-sister Apu (Subir Banerjee) and Durga (Uma Das Gupta), two children growing up in a poor Brahmin family in rural Bengal. Recounting their formative encounters with the sorrows, joys, and mysteries of life, Ray invests ordinary events with extraordinary poetry and power. Pather Panchali is a work of sublime simplicity, exquisite beauty, and heartrending lyricism, made in the best tradition of Ray’s two key influences: the humanism of Jean Renoir and the stylistic directness of Italian neorealism. The film won a special prize—“Best Human Document”—at Cannes in 1956. The score is by Ravi Shankar. In Bengali with English subtitles.

“The kind of cinema that flows with the serenity and nobility of a great river … I can never forget the excitement in my mind after seeing it.”

“I think it is one of the best films ever made. It is an extraordinary piece of work.”

“The first film of a great body of work characterized by visual beauty, humour, and enormous generosity.”