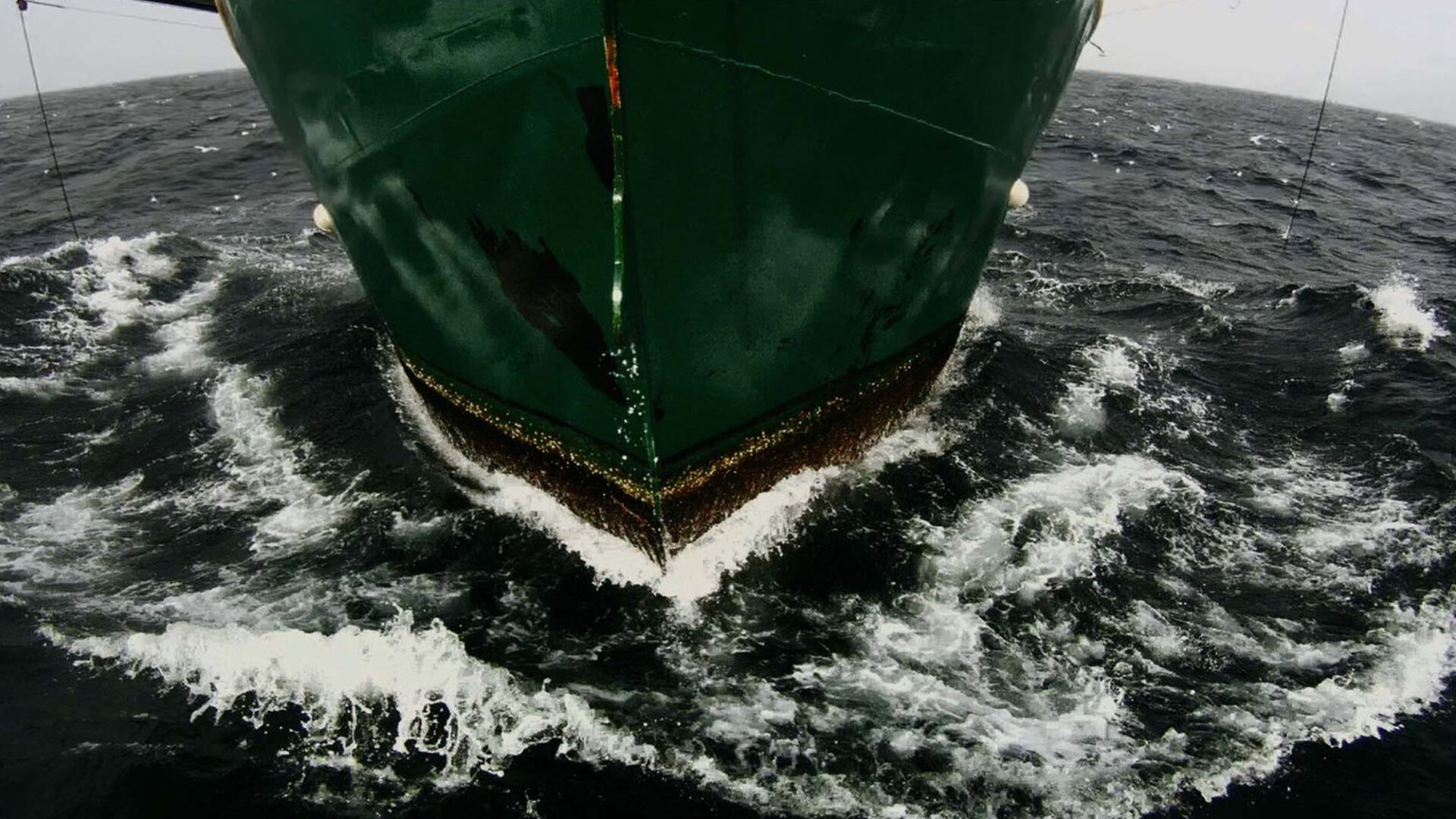 “An immersive cinematic experience … Leviathan, which looks and sounds like no other documentary in memory, is likely to be one of the most talked-about art films of the year.”

A startling, visceral, made-in-a-maelstrom mix of ethnographic, documentary, experimental, and hallucinatory filmmaking, Leviathan is a truly singular cinematic and sensory experience. ​“Co-creators Lucien Castaing-Taylor and Véréna Paravel — both artist-filmmakers hailing from Harvard’s innovative Sensory Ethnography Lab — offer us an all-hands-on-deck view of commercial fishing in the North Atlantic that is visually and sonically explosive. Shot off the New Bedford coast in the very waters where Melville’s Pequod gave chase to Moby Dick, Leviathan captures the collaborative clash of man, nature, and machine. Dozens of cameras, tossed and tethered from fisherman to filmmaker, propel the film forward with gripping immediacy … The chaotic cacophony of life at sea yields a perspective in constant flux, as we shift from the filmmakers’ and fishermen’s sodden points of view to that of their prey, captured with cameras plunged into the deep … Leviathan is an audio-visual tour de force of cosmic proportions” (Andréa Picard, TIFF).

“An experimental documentary with audacity and brilliance, a film that could as well be shown on a wall at Tate Modern as on a cinema screen.”