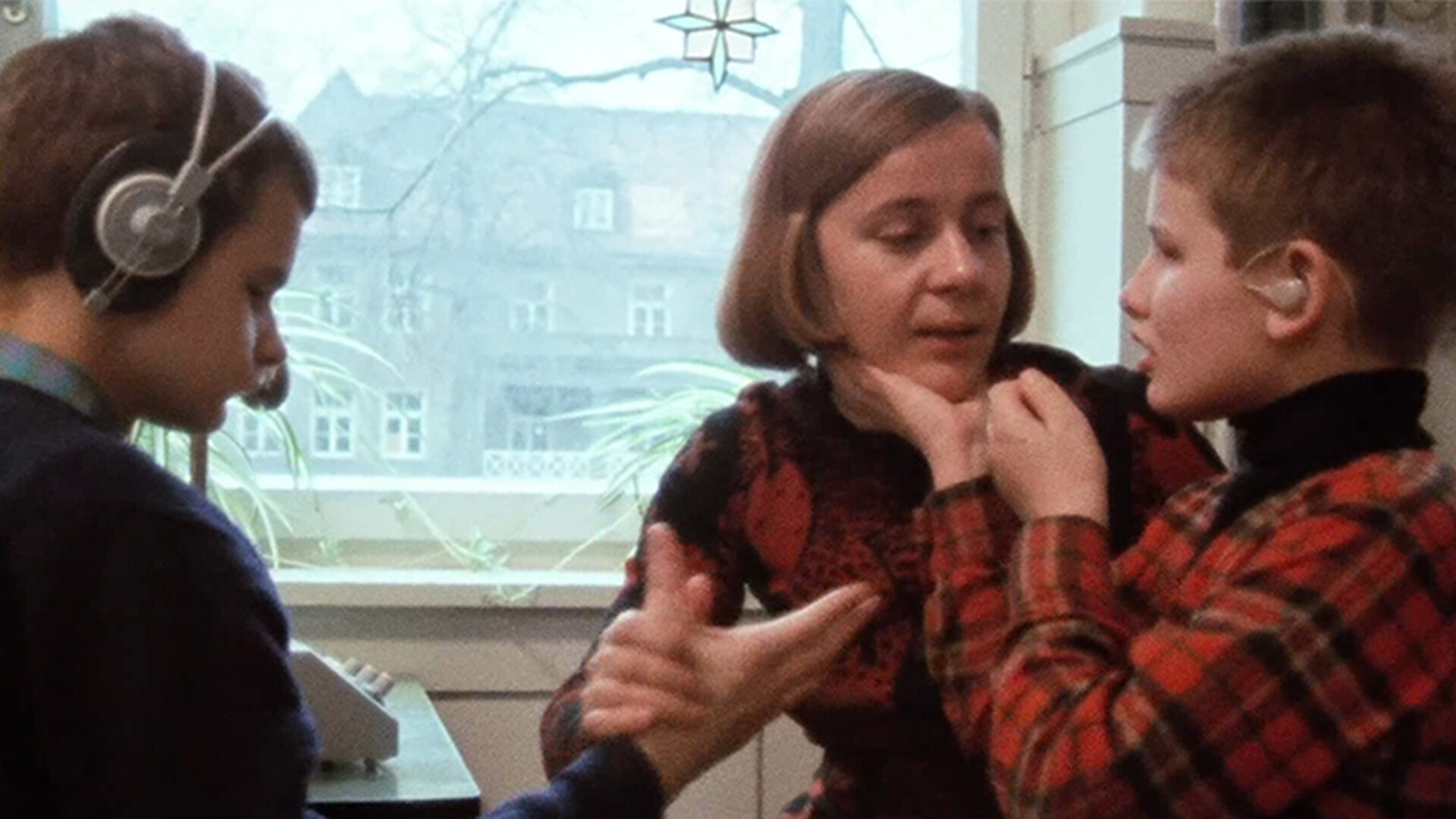 “A stunning documentary … The courage on view is astounding, and Herzog’s treatment is never voyeuristic or sentimental, but sensuous and overwhelmingly moving.”

Werner Herzog has been making distinctive non-fiction cinema from the very beginning. In this poignant 1971 film, his first feature-length documentary (not counting the unclassifiable Fata Morgana, released the same year), the director brought his mystical, metaphysical sensibilities to bear on the seemingly impenetrable (and perhaps unrepresentable) world of the deaf and blind. The film’s extraordinary subject is 56-year-old Fini Straubinger, blind and deaf since adolescence. Late in what had been an extremely isolated life, she set out on a mission to help others in the same situation. Herzog’s exploration of this uncharted ​“land of silence and darkness” is startlingly intense and genuinely heartrending, and raises important questions about what it means to be human. More than a few cite the film as one the great director’s key works. Herzog himself has called it ​“a film particularly close to my heart.”

“A remarkable film … Herzog shuns the expected tone of social-worker condescension in favour of mystic’s awe … Herzog’s documentaries are more unearthly than his fictions.”

“Of all my films, this is the one I want to be available to audiences the most.”