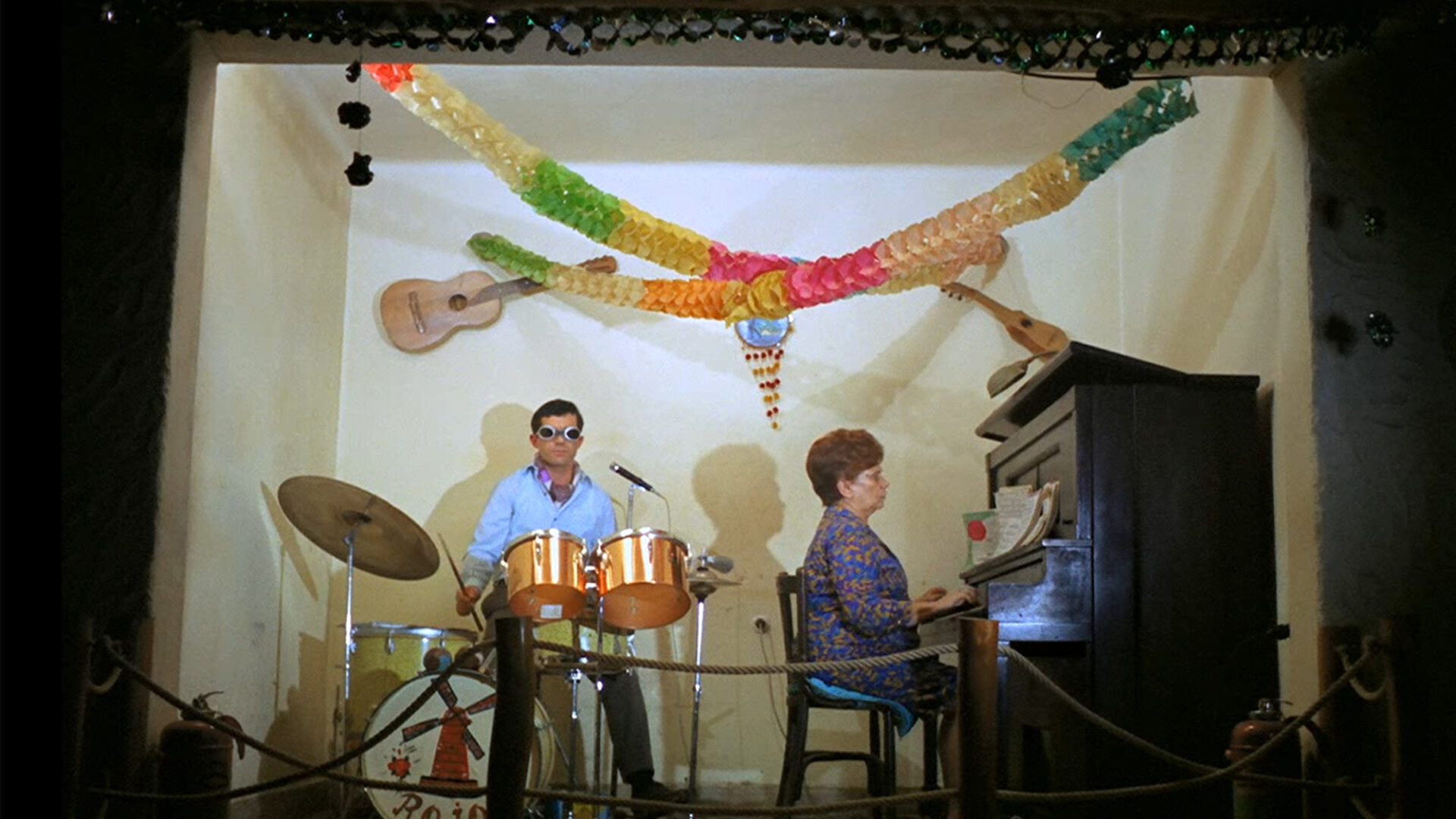 “Every shot has a double edge of harsh reality and surrealist fantasy … You’ll either be bored to death or fascinated—for me, it’s Herzog’s most interesting film.”

American critic Amos Vogel described Wener Herzog’s acid-trip excursion into the Sahara Desert as ​“a cosmic pun on cinéma vérité” and ​“The Cabinet of Dr. Caligari of the New German Cinema.” Herzog himself calls this mesmerizing experimental work ​“a science-fiction elegy of dead or demented colonialism.” Offering a radical take on humanity’s place in the universe, Fata Morgana (named for the mysterious mirages) is a poetic, non-narrative ​“documentary” composed of hallucinatory camera tracks through the desert, music by Leonard Cohen (and others), and readings from the Popol Vuh, the creation text of the K’iche’ Maya. Images of great alien beauty abound, while appearances by humans and the carrion of their civilization suggest a paean for a lost time when our species and nature were in harmony. Herzog’s original concept included an actual SF narrative, with the Sahara serving as a doomed planet visited by extraterrestrials from the Andromeda Galaxy.

“Is it a documentary? Is it an art film? You tell me! … Every now and then a non­fiction film comes along that is unlike anything else I have seen.”

“Maybe more than any other film I have made it is one that needs to be completed by the audience, which means all feelings, thoughts, and interpretations are welcome.”