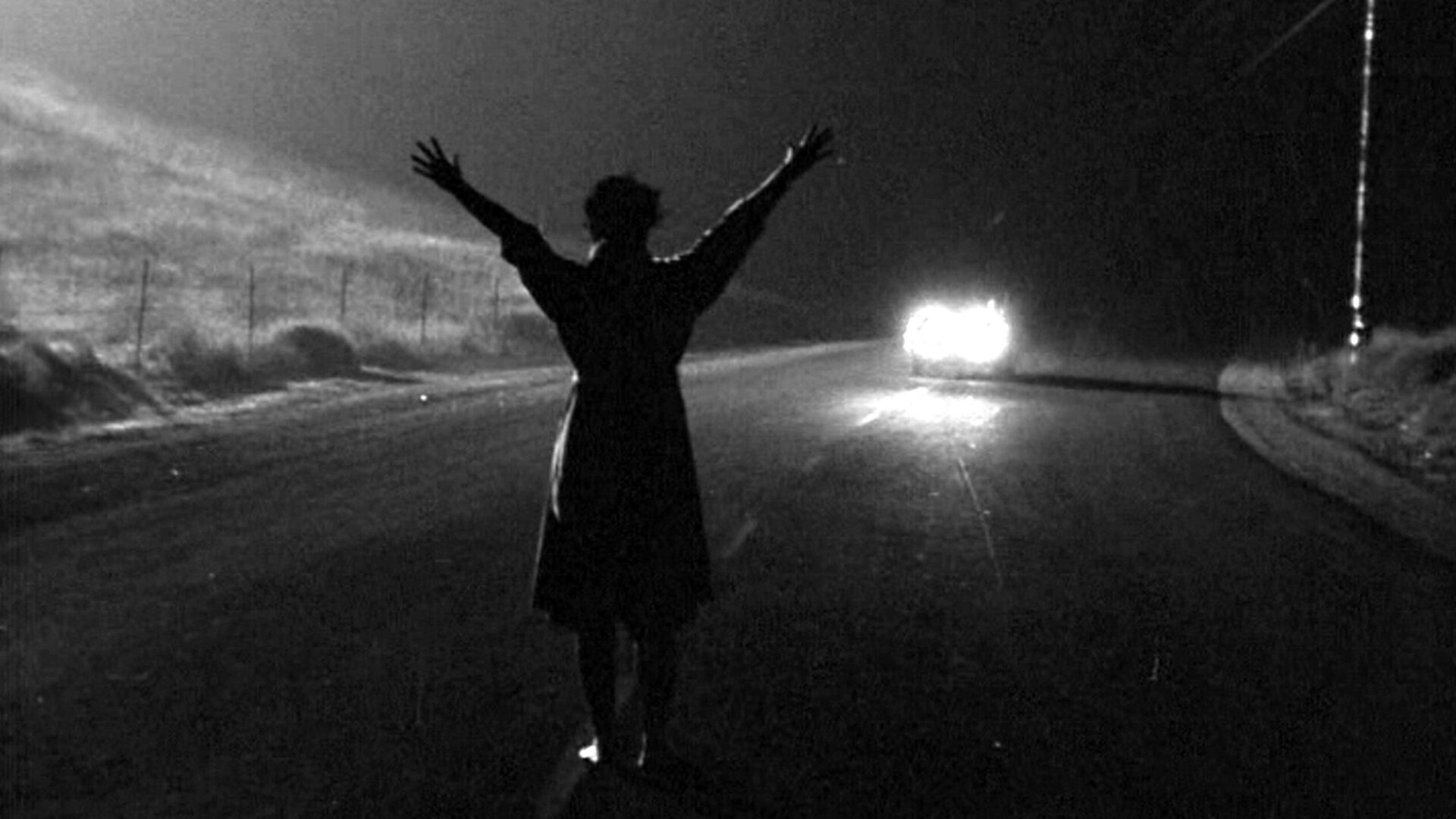 “One of the most extraordinary films of the ​’50s.”

Kiss Me Deadly, masterfully directed by Robert Aldrich (What Ever Happened to Baby Jane?), is nuclear-age noir so nasty and nihilistic it’s positively radioactive. François Truffaut called it ​“the most original American film since Orson Welles’s The Lady from Shanghai.” Adapted from one of Mickey Spillane’s sex-and-violence-filled Mike Hammer novels, it stars Ralph Meeker as a thuggish private eye bungling his way from brutality to brutality as he investigates why the half-naked hitchhiker he picked up in the film’s nocturnal opening was tortured to death—in front of his own semiconscious eyes! As Hammer stumbles his way into a sinister Cold War conspiracy, Aldrich and cameraman Ernest Laszlo keep things dizzyingly off-kilter with a host of disorienting cinematic devices. The opening credits roll in reverse to the sound of a woman’s heavy panting.

Eddie Muller, The Art of Noir

“Brilliantly characterized down to the smallest roles, directed with baroque ferocity, superbly shot by Ernest Laszlo, it’s a masterpiece of sorts.”