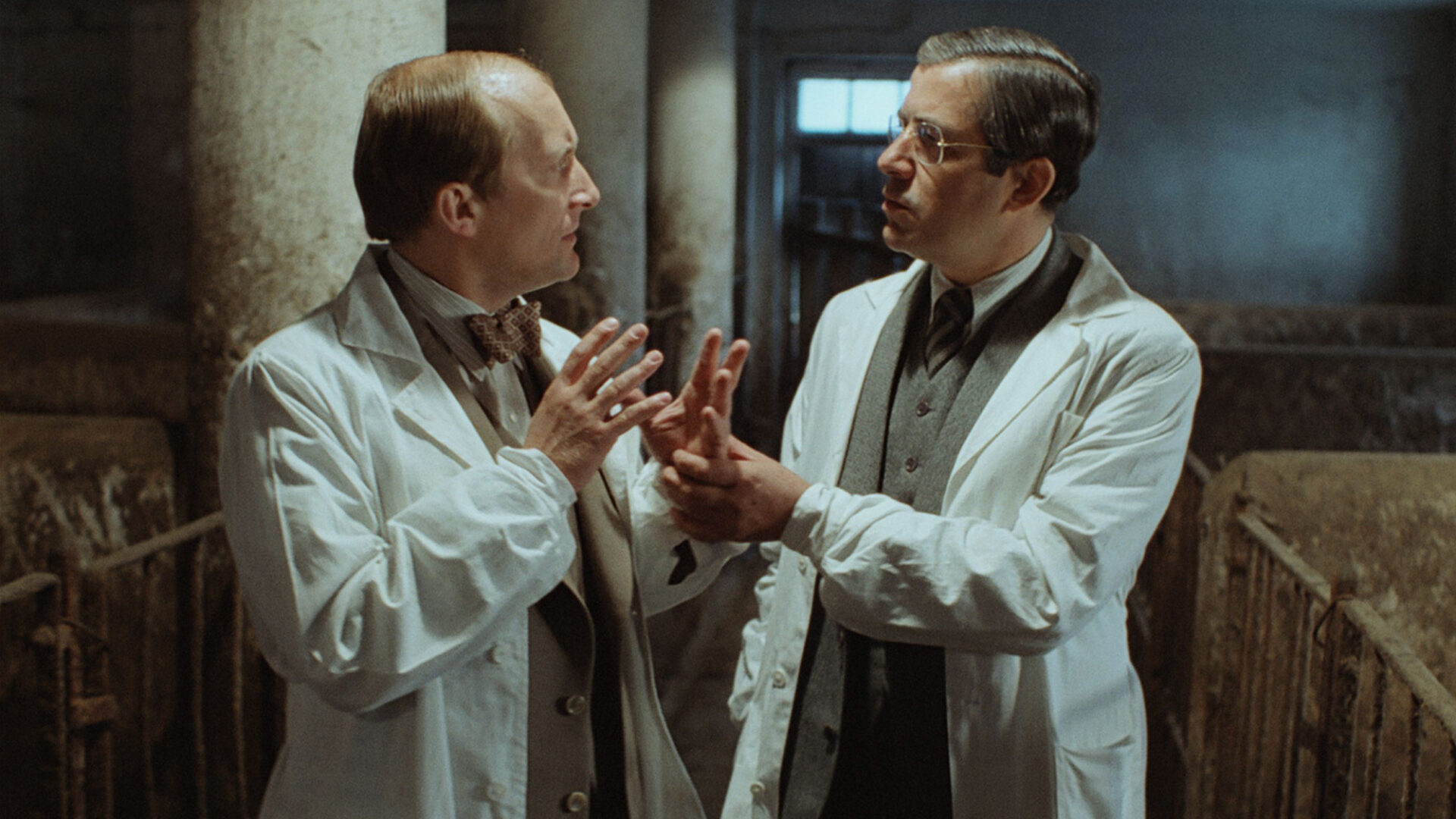 “An unnerving adaptation … Lem drew upon his experiences in medical school to write a novel set during the grim realities of World War II (and swiftly suppressed).”

“Imagine One Flew Over the Cuckoo’s Nest set in a Polish psychiatric hospital during the Nazi occupation. Such is the chillingly perverse scenario of this film, an adaptation of Lem’s first bona fide novel (written 1948, published 1955). Both novel and film utilize the asylum as a microcosm of society, but go a step further by placing that microcosm in a time and place—the early months of World War II—when the outer world itself had gone mad. The film anatomizes the beliefs, behaviour, and identities of both patients and staff, seeking some principle, whether in reason or unreason, to oppose to the implacable totalitarian solution of involuntary euthanasia. But, as if always already overshadowed by the inevitable apocalyptic end, all intentions and actions degenerate into something akin to a piercingly tragic, cruelly humorous theater of the absurd. A disturbing, thoroughly ambiguous picture” (Christopher J. Caes, Columbia University).

“Haunting and vivid … Zebrowski’s patient film inches toward political violence, forcing the doctors to debate whether to flee, collaborate, or fight. To his credit, Zebrowski refuses to frame the choice as simple.”