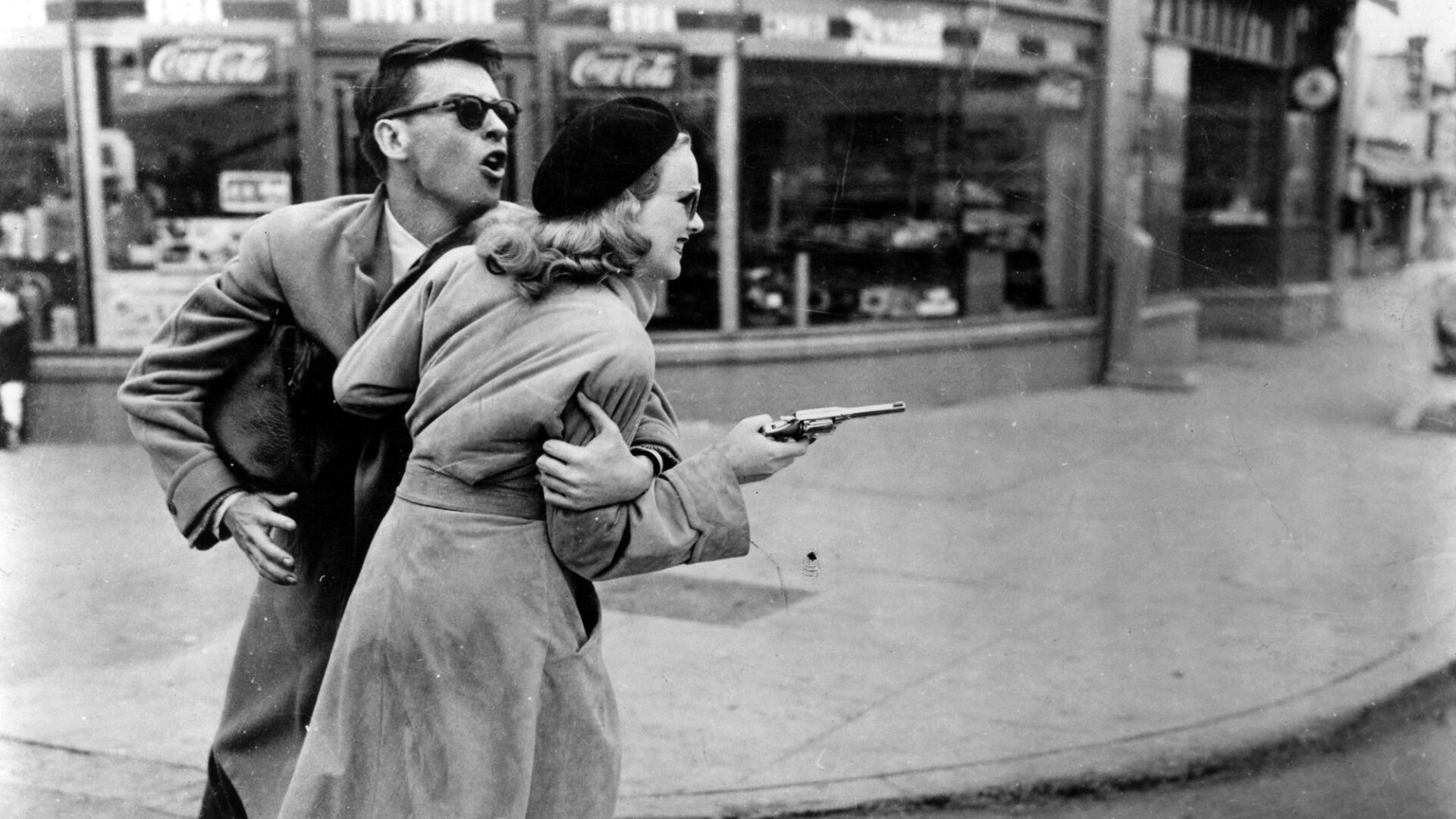 “One of the most distinguished works of art to emerge from the B‑movie swamp … A stunning technical achievement.”

“Thrill crazy … Kill crazy … Gun Crazy.” A much-loved film noir classic, Joseph H. Lewis’s legendary B‑movie, made for Poverty Row studio Monogram Pictures, is a manic tour-de-force of technique and deadly eroticism. John Dall, as a gun-obsessed sap, and Peggy Cummins, as a predatory femme fatale, play the film’s pistol-packing doomed-couple-on-the-run. Admired by the French Surrealists and by the young guns of the French New Wave (it was an inspiration for Godard’s Breathless), and an important ancestor of ​“fugitive couple” films such as Bonnie and Clyde, Badlands, and Natural Born Killers, this offbeat, original, and utterly stylish work now stands as both cult-movie masterpiece and American cinema landmark.

“Its intensity borders on the subversive and surreal … Lewis, one of the very finest B‑movie directors, is firing on all cylinders.”

“Deliriously lusty … More than just about any noir of any era, Gun Crazy understands on a cellular level why people watch noirs, why the criminal element has such an incongruously romantic appeal.”