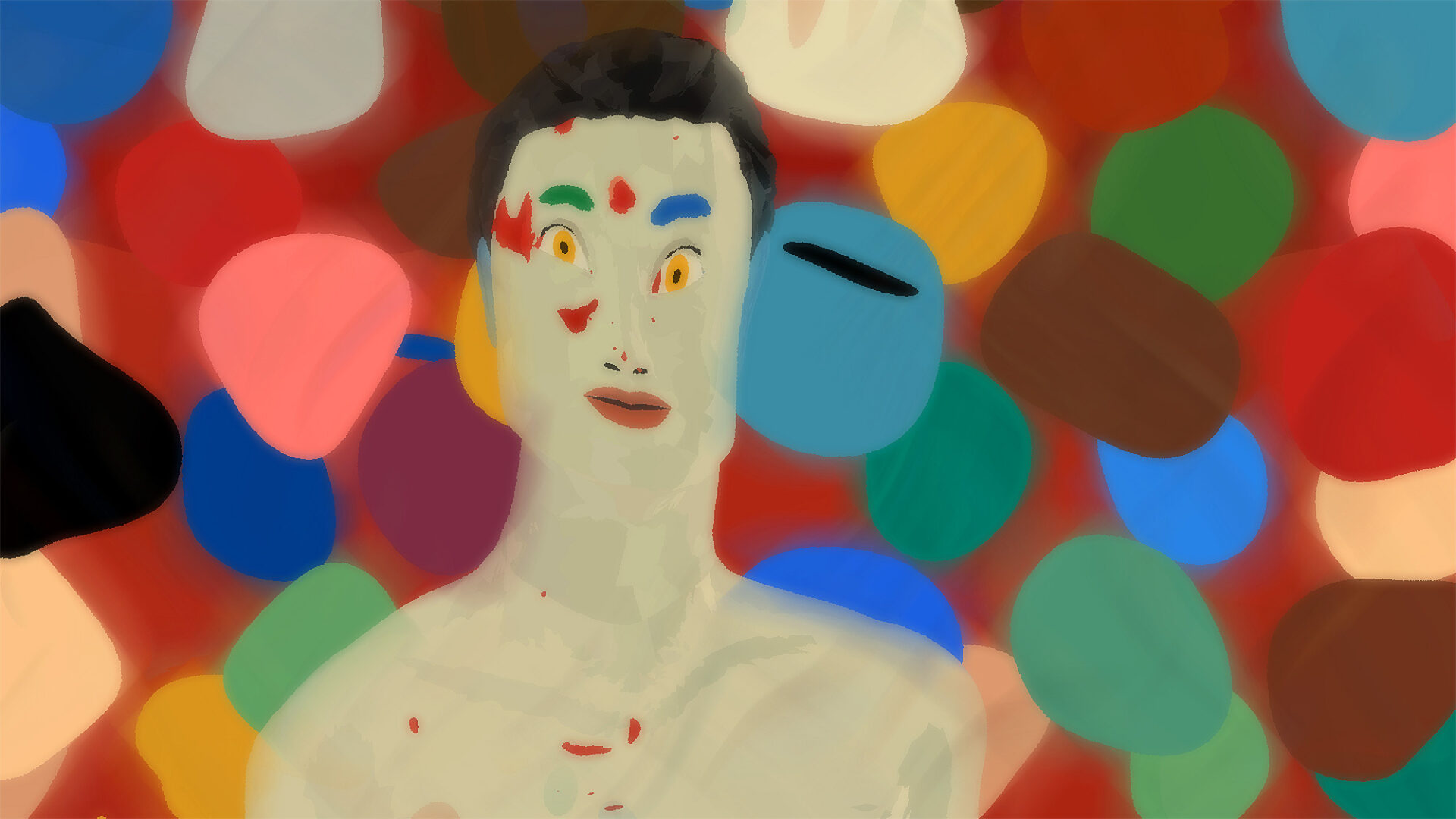 “After Distracted Blueberry, I no longer know what transgression is … Although if feels entirely Doupé, it also feels prescient. Prescient like dynamite about to blow up the dam and leave us flooded with new possibilities, drowning happily.”

DIM Cinema is elated to be relaunching its in-theatre program with Barry Doupé’s maximally thrilling four-and-a-half-hour computer-animated mindfuck. Distracted Blueberry plunges us into a world where the role of cheap small talk is supplanted by casually gratuitous sexual exchanges. It follows a performance art band through a series of poetic encounters, weaving the death drive in male sexuality and the limits and slippages of (dis)embodiment into a surreal patchwork of oneiric becomings, pauses, and undoings. Doupé’s animated films are created through his play with language and automatic drawing, both used as means to access the unconscious. Distracted Blueberry is his most abject and paradoxical work yet!

Advisory: This film contains animated scenes of a graphic sexual and violent nature.