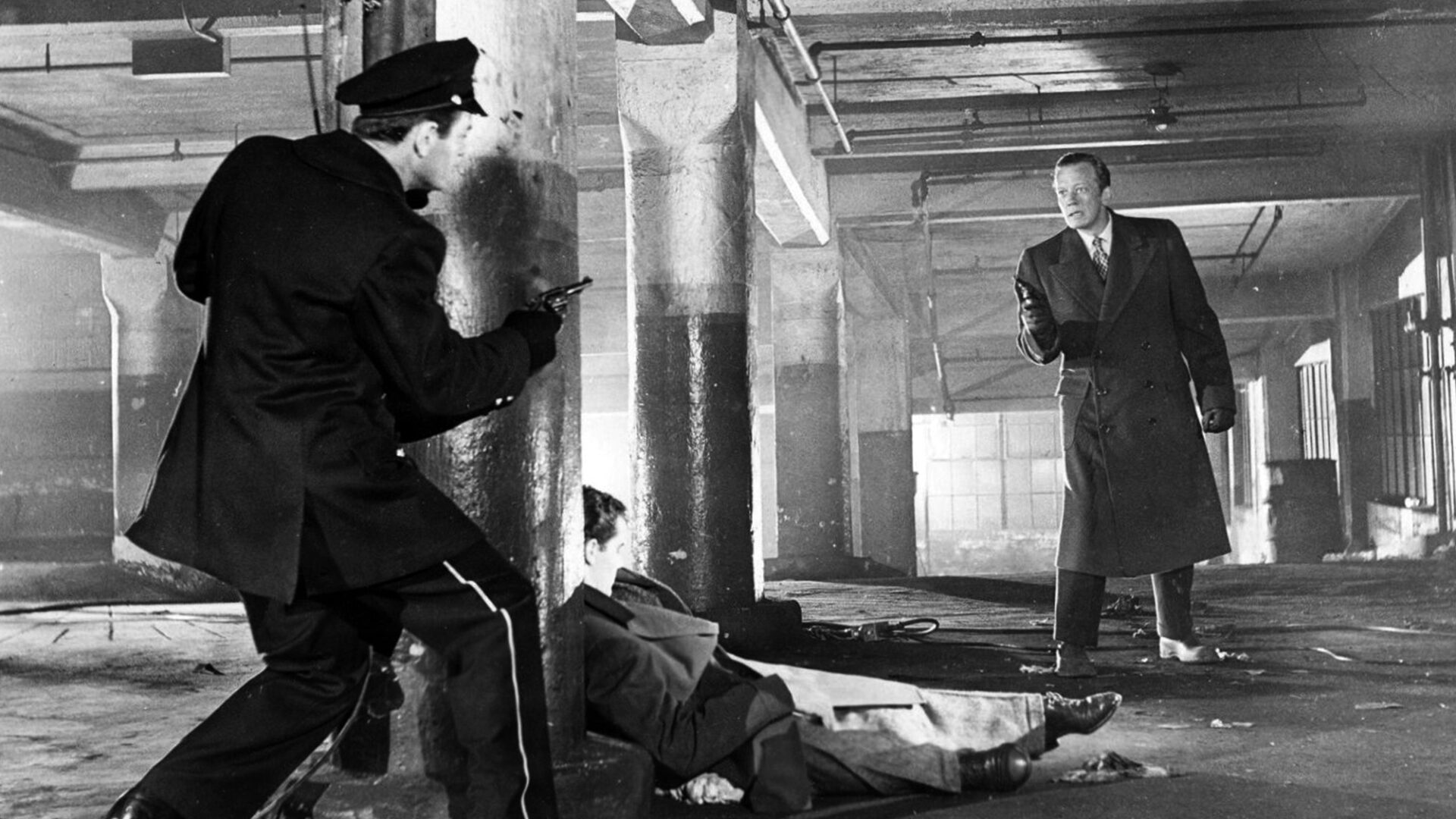 “One long, fantastical night in the Windy City, where saints and sinners collide in a pile-up of crimes …This noir oddity is a low-rent masterpiece of B‑moviemaking.”

Martin Scorsese is a big fan of this offbeat noir rarity, originally produced by Poverty Row studio Republic Pictures, and recently restored by Paramount. It’s going to be a long night on Chicago’s mean streets for burned-out cop Johnny Kelly (Gig Young). He’s on the verge of ditching everything and running off with a stripper named Angel Face (Mala Powers). A crooked lawyer (Edward Arnold) is tempting him with some easy money. There’s a rival for Angel Face’s affections. And a killer is stalking the city. B‑movie auteur John H. Auer’s taut film, scripted by pulp writer Steve Fisher, tilts from gritty, semi-documentary realism to nightmarish noir stylization, and serves up its sleaze and cynicism with an unusual hint of whimsy and fantasy. The cinematography is by John L. Russell, who later shot Hitchcock’s Psycho.

“Seedy, wanton, and wonderful … Few things are as satisfying as a down-and-dirty crime noir filled with ingenious plot twists and bursting with eccentric characters in life-or-death struggles.”