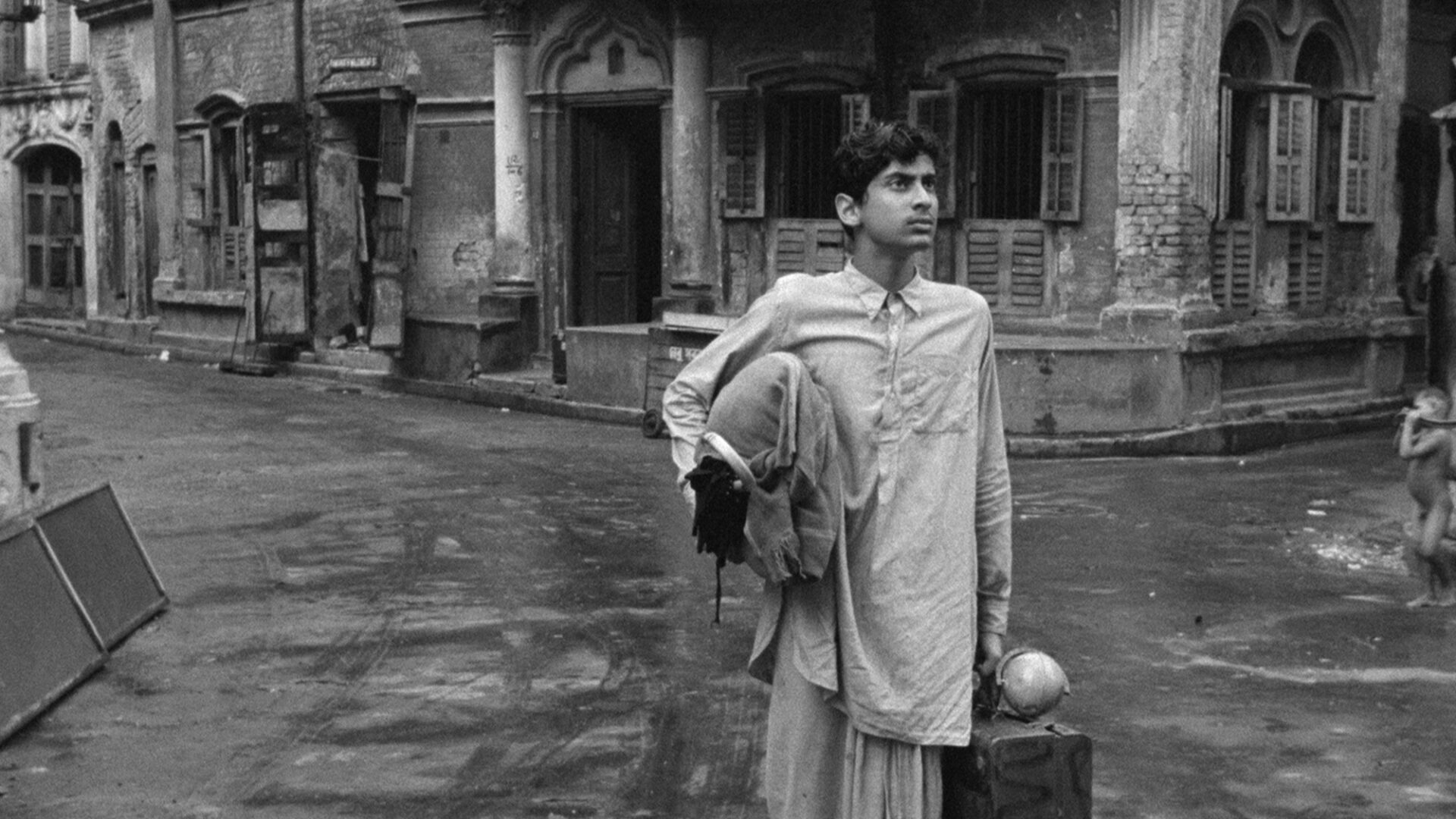 In Satyajit Ray’s second Apu film, which won both the Golden Lion and International Critics Prize at Venice, young Apu and his family move from their rural village to the holy city of Benares (aka Varanasi), where Apu’s father has found work as a priest. A wonderfully well-observed and deeply moving work, rendered with Ray’s characteristic warmth, humour, and poetry, the film follows Apu (played here as a boy by Pinaki Sengupta and as a young man by Smaran Ghosal) through the trials and tribulations of family tragedy, growing mother-son conflict, and admission to the University of Calcutta. Karuna Banerjee is a standout as Apu’s mother. Ravi Shankar again provides the score. In Bengali with English subtitles.

“More perceptive than any other study of adolescence that I know.”

David Shipman, The Story of Cinema

“One of the screen’s great family tales … Made on the heels of his debut Pather Panchali, Ray’s Aparajito is easily as graceful, insightful, and moving as its predecessor.”