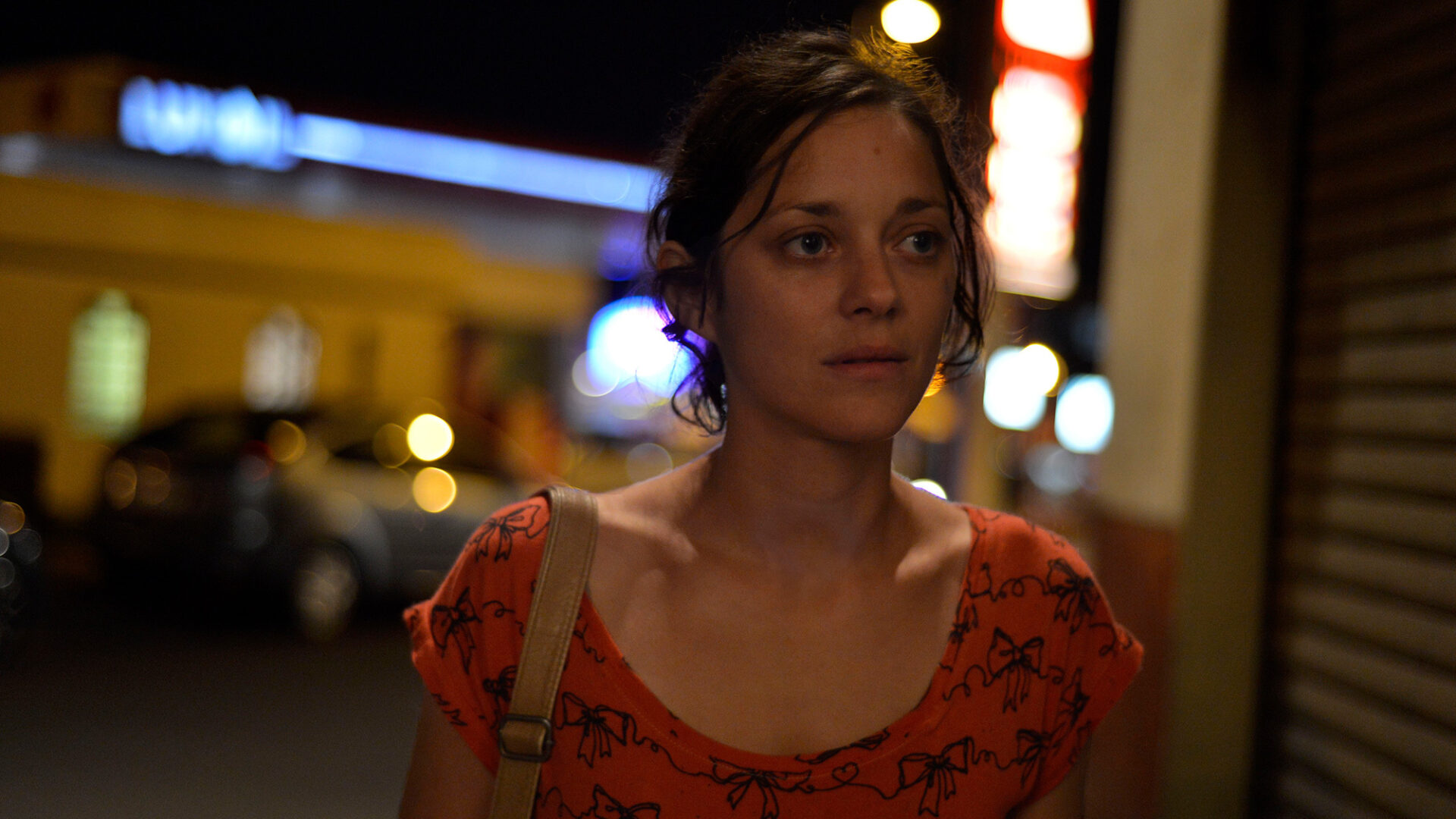 “A beautiful movie … Ms. Cotillard’s performance is as fine a piece of screen acting as you will ever see.”

Marion Cotillard (La Vie en Rose) garnered heaps of praise and a second career Oscar nomination for her astonishing performance in Two Days, One Night, the Dardennes’ profoundly moving 2014 labour drama. Cotillard is Sandra, a wife and mother in industrial Seraing whose recent bout of depression has rendered her unable to work. Readying her return to an assembly-line job, she learns that a majority of coworkers have voted in favour of laying her off, lest they forfeit a €1,000 bonus. Sandra, frail and desperate, resolves to visit each of them over the weekend in hopes of reversing the decision. Cotillard, who signed on to the film script unseen, is utterly spellbinding in an everyway demanding role. Her character’s excruciating door-to-door appeals reveal a blue-collar community struggling to do what’s right in a predatory capitalist system, a Dardenne forte. Fabrizio Rongione co-stars.

“A small miracle of a movie, a drama so purely humane that it makes most attempts at audience uplift look crass and calculated by comparison.”